BOB ABERNETHY, (anchor): For the last four weeks, in a special series, we have been “Exploring Religious America” through stories of religious believers and seekers, and in a special poll conducted last month with U.S. NEWS & WORLD REPORT. Today, we want to explore some of the questions raised in our series. 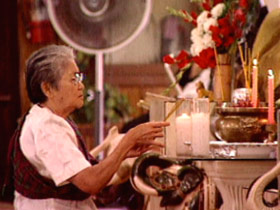 For instance, today’s America has been called the most religiously diverse nation on Earth. What does that mean for those who believe theirs is the only way to salvation?

ABERNETHY: We reported the rapid growth of Evangelicals and Pentecostals, millions of Americans for whom the spiritual experience of worship is central to everything they do.

DANI BENTLE (Evangelical Protestant): It’s daily things, daily situations where we bring God into it or we bring Christ into it. And that’s how we live. I mean, every day.

ABERNETHY: We also reported on the essence of being Roman Catholic. 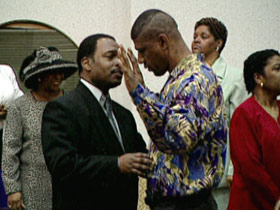 EILEEN DURKIN (Roman Catholic): Catholicism is more than pronouncements for me. It’s life. It’s lived. It’s the people I’m with. It’s the experience of Jesus Christ in my life.

ABERNETHY: The emphasis on personal spiritual experience is also central to the large number of seekers outside traditional religion.

MARILYN MAGUIRE (Spiritual Seeker): If you want to hear the voice of God, or whatever a person wants to call this higher power, it’s important to listen, to be still.

ABERNETHY: With me to talk about some of the issues of American religious life are John Green, a political scientist at the University of Akron. And, joining us by satellite, Robert Franklin, president of the Interdenominational Theological Center in Atlanta; and Peter Steinfels, historian and writer of the Beliefs column in THE NEW YORK TIMES.

Welcome to each of you. Peter, we reported that Catholics to whom we spoke said that no matter how furious they are over the sex abuse scandal their fundamental faith has not changed. What do you see developing among American Catholics in response to this crisis? 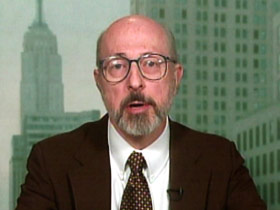 PETER STEINFELS (THE NEW YORK TIMES): Well, there’s certainly anger, there is a lot of confusion about what has happened in the sex abuse crisis, and I think there’s a general desire for greater accountability beyond the issue of the sex abuse crisis. I wonder, however, how easy it will be to take any of these feelings and to translate them into practical, institutional changes, into organizational reform. Simply because of the size of the Church, because of its diversity, because of the fact that many of the groups that had been most outspoken on this issue have high profiles as either conservative or liberal and they are distrusted by one another and by people in the middle of the road. But, I think we should remember that there are people very involved in church life, and priests as well as laity that have been extremely affected by this crisis, who may get the ball moving.

Dr. JOHN GREEN (Political Scientist, University of Akron): I just had a question for Peter, if I might. Peter, there are some longstanding disputes in the Roman Catholic Church. What effect do you think these problems will have on those disputes?

Mr. STEINFELS: Well, I think that if questions like ordaining women or celibacy occupy the front burner in this issue — in the way the Church addresses it — it actually may delay action more than help it along. Because those are such large questions involving a global Church, that more intermediate steps that possibly could be achieved may be bypassed.

Dr. ROBERT FRANKLIN (President, Interdenominational Theological Center, Atlanta): I think that Americans want religion that is experienced and felt. They want a God that is imminent in their lives, that provides meaning and assurance to them as they face the challenges of the day. Rather than a more abstract, distant God who is somehow found in their creeds and hymns. 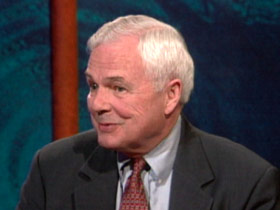 ABERNETHY: John Green, does the apparently growing importance of spiritual religious experience mean that there is a decline in the importance of beliefs and doctrines?

Dr. GREEN: Yes, I think it does — particularly traditional beliefs and doctrines. We live in a consumer society. We have a lot of emphasis on individual choice, and I think we’ve seen many of those traditional beliefs be replaced by something that’s more tangible, about which people have more choice and control over.

ABERNETHY: Another question that interests me particularly is whether America’s new religious diversity — more and more different religions — is a challenge to anyone’s faith. If we respect the truth of other religions, can we remain committed to the truth of our own?

Dr. GREEN: I think it puts a lot of pressure on people’s beliefs. This ethic of tolerance that we saw in the poll, I think, is on the whole a good thing — that people respect each other. But it means now that they have to have good reasons for their own beliefs. They can’t simply accept what was handed down from the past.

ABERNETHY: Peter Steinfels, can we be both tolerant of other religions and faithful to our own?

Mr. STEINFELS: Well, I think we can. I think that it will put, in John Green’s words, pressure on some beliefs more than others and we will see questions of who can be saved perhaps modified or affected more than questions like the nature of the Trinity for Christians. But I wonder whether this pluralism in this diversity won’t affect not only certain beliefs, but it will affect the intensity or the way that people hold all their beliefs — whether they will hold them with a greater degree of tentativeness even while they still say that they hold them.

ABERNETHY: One of the things that some polls have indicated is that we can, at the same time, hold the belief that our religion is true and that there is truth in all religions — that we do this — that we don’t seem to find any conflict with that. 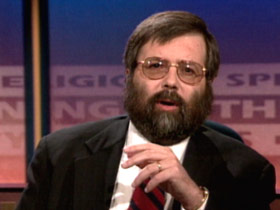 Dr. GREEN: That’s a really interesting change. Conventional wisdom on this is that if you hold strong truths, then you tend to deny the truth of other religions and I think the poll shows that that doesn’t seem to be the case as much.

Dr. FRANKLIN: I just point out the best of our moral exemplars — from Mahatma Gandhi to Martin Luther King, Jr. — helped to embody that sense that you could embrace absolute truth but also respect other traditions, even learn from and absorb them as well.

ABERNETHY: Bob, after 9-11, there was a spike in church and synagogue attendance, and then after a few weeks it went back to normal again. What did you make of that?

Dr. FRANKLIN: I thought that really indicated that religion worked for people in a significant way. Religion provided us with the songs we needed to sing, the words we needed to proclaim, the rituals we needed to enact, at a difficult moment in our personal and national life, and enabled us to move from chaos to community.

ABERNETHY: John Green, you’ve studied and analyzed the fine print of the poll numbers. What did you see? What did you find there?

Dr. GREEN: One of the most interesting things was an apparent disjunction between the great deal of tolerance that individuals in all the religious traditions expressed towards other faiths, but at the same time, a real ignorance of other faiths — many people admitting that they didn’t understand the beliefs of other groups and had never even met another member of that group. And that was really kind of interesting. It made me wonder how real that tolerance was, how tested it was. Because it is easy to be tolerant of someone that you don’t know and therefore you don’t disagree with.

ABERNETHY: Do you think we are committed enough to fundamental theological truth so that this really matters?

Dr. GREEN: Really good question, and I think the jury is still out on that one. 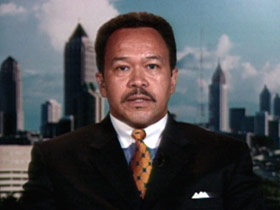 Dr. FRANKLIN: I am pleased that interfaith dialogue is going on throughout the nation in the wake of 9-11. We all know that there has been negative expressions towards Islam and Muslims and yet responsible leaders in every community have invited and sponsored interfaith dialogue. I think that needs to continue and that’s a good sign about the health of American religion.

Mr. STEINFELS: Well, I think it’s good to keep in mind that religion is not only a source of consolation and meaning, putting life together, but that religion can be a source of turmoil, confusion, conflict, psychological and spiritual conflict within marriages, and conflict between generations. And, that’s not necessarily all bad — that seems to be part of mature living and struggling, but it’s a dimension that we need to keep in mind when we take an overview of religion in the United States.

ABERNETHY: That’s a good point. Our thanks to John Green of the University of Akron, to Robert Franklin of the Interdenominational Theological Center in Atlanta, and Peter Steinfels of THE NEW YORK TIMES.