Read more of Kelly Hudson’s interview with University of Chicago sociology professor Omar McRoberts about the suburbanization of black churches: 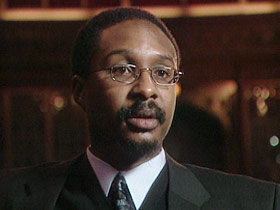 Historically, black religious institutions have had to play the role of the house builder, the psychologist, the bank — all kinds of roles. There’s a lore that’s largely reality of the church being all things to all people. In neighborhoods where black churches have been stable [and] present in very important social ways to the people of those neighborhoods, of course for a church to leave could present a crisis for that neighborhood — assuming that church was playing all of those roles in the first place. To some degree, the idea of the church being all things to all people takes for granted a certain understanding of what community is. Is the church community the neighborhood? Is the church community the people inside the church, the congregation? The way that a religious institution answers those kinds of questions in part helps to determine the kind of relationship that a church has with the people in a neighborhood and, therefore, the impact of the church’s leaving.

I would situate this issue within a broader context. Churches in general, religious institutions in general, have to struggle with where they’re going to draw their membership from. And historically, going back even a hundred years, whether it be a black church [or] a white church, when people leave the immediate vicinity of the church and move elsewhere, a church has about four options. One, they can give up and die. Most churches don’t want to take that option. Another option is to try and get current members who have left the neighborhood to return to the church, even though they now live elsewhere — return to the church for worship. That’s a commuter model of a congregation. A third option is to try and adapt to whatever population has recently moved into your neighborhood or whatever population is left. Then the fourth option, which is what we’ve witnessed over a long period of time and with a great variety of religious institutions, is where a church actually leaves and follows its core membership wherever that membership relocates.

If a church was the social service agency, the core service institution in a particular neighborhood, and then it leaves, of course that leaves a void. But then religious congregations have to decide at some point in their lives whether they’re going to be primarily member-serving in mission or nonmember-serving or some mixture of the two, perhaps. And then they have to figure out all of the logistics of mixing the two if they’re going to do that. A church is fundamentally a member-serving institution; it makes sense that if all of your members have moved to the suburbs, then that would be a crisis for a church’s survival. If the church wants to survive, it has to be true to who its membership is.

On the other hand, the church may have some commitment to people who may or may not join the church because they’re people in need of one thing or another. This is an extremely important aspect of religious life particularly in the African-American community, where our exclusion from all kinds of public and private services has made the church a much more vital necessity. [But] churches do need to be honest to their memberships. If a church only comes into existence to serve nonmembers, in some ways what you have is more of a kind of religious order and not necessarily a church — a religious order that comes into being to serve the poor, for example. Most churches really aren’t like that. The people who are moving to suburbs have all sorts of needs as well that are being met inside the church, and the church has to face the dilemma of which aspect of the community they want to serve. 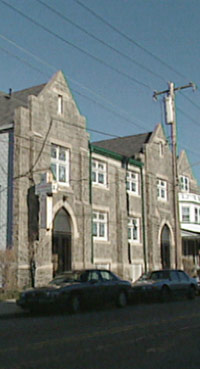 Religious institutions, of course, need to be honest with themselves about what their mission is and whether or not their mission is primarily inward-focused and membership-focused or focused on the needs of some broader community. We might also ask, though: Why it is that if one church leaves a poor neighborhood, then suddenly the neighborhood is completely devoid of resources for people, completely devoid of institutions offering opportunities for advancement and alternatives to dangerous and destructive activity? Where are all the other institutions in neighborhoods like this? I go back to the historic role of particularly African-American churches as all things to all people. That tends to lead to an assumption and an expectation that wherever a church is, it is putting the needs of nonmembers over members. I don’t think that is necessarily the guiding mission of every African-American church.

A decision to remain in a neighborhood, even though most of your members have left, for historic reasons or otherwise — it can work as long as your members are still commuting back in to go to church. On the other hand, that doesn’t mean that your church keeps its ties with the area in which it’s located. Sometimes mission follows membership. If all of your members live in another neighborhood or even in a totally different part of the metropolis, and you’re primarily a member-serving church, then there’s a good chance that you will not have a lot of presence in the neighborhood that you happen to be located in. The people who live in that neighborhood will not necessarily feel the benefit of your presence just because you’re located there, because the community that the church is identifying with is its actual membership. Membership and community are based on the congregation itself and not some broad geographic definition.

There is a great variety of mission orientations within black religion in the United States, and there always has been. What’s unique to this time are factors like greater residential mobility among African Americans — being able to move more and more and more easily to suburbs and away from core cities. In some cases, poverty itself is being suburbanized as inner cities get redeveloped and gentrified, and poor people get pushed out to suburbs, and housing projects get torn down, and so on. What will happen to the religious institutions that were serving poor people? We’ll probably see a suburbanization of black religion in general — churches serving middle-class and poor people alike, actually, as black folks end up in suburbs one way or the other.

This certainly is not the first time that churches have needed to respond to survival imperatives. Churches need money in order to operate, and so if members are leaving and they’re the source of your financial stability, then you’re going to have to decide one way or another how you’re going to keep your lights on and the furnace going.

I would be delighted if the wealthiest ministries were able to use their resources and their visibility in the media to bring attention to the plight of people who are suffering in any number of material ways in the country. In some ways, having access to wide media can be an asset because it means that what you say about the nature of suffering and inequality can reach a wider audience, whether or not a particular church has a particular kind of service in the inner city. But I can’t tell the wealthiest and the most powerful ministries or their members how they should be expressing their faith. Again, a church is, to begin with, a member-serving institution almost by definition. And so for a set of people to come together and say, “This is what we want to do, this is the kind of community we want” — churches have not been any different in the past. If they had outsider- or neighborhood-serving functions, those were in addition to the basic member-serving functions. 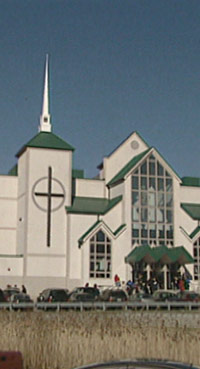 Civil rights gains in the middle of the last century basically opened up a variety of opportunities for African Americans, including opportunities for residential mobility, being able to live in parts of cities where previously we could not live — in some cases, being able to live in suburbs. And increasingly as we see the growth of a black middle class, we are seeing the suburbanization of parts of that black middle class. That puts religious institutions in a peculiar situation, the same situation that a great variety of churches serving whites, blacks, everyone have faced for a hundred years. When your population moves, you have to decide if you’re going to follow your population or remain in one place and serve the people who remain, or try and get your members to commute back into your neighborhood to worship. The suburbanization of parts of the black population that we witness now does put inner-city religious organizations in a predicament. They have to make these decisions about who their community is. Is the community the geographic neighborhood surrounding the church? Or is the community the set of people who have attended your church for a long time and who are also your source of revenue and who are now leaving for the suburbs? Ultimately the question is about how religious institutions understand community and understand their mission. A church that moves to the suburbs to follow its population, its core membership, is being honest about who it is serving. They’re being honest about who has supported the survival of the church.

The expansion model is potentially a very important one, because it could mean people gaining resources and opportunities for upward mobility, even physical, geographic mobility, and yet keeping ties with people who are in very, very different and much more dire situations. If religious institutions can model that, then that’s fantastic, because it means that when the people leave their resources they don’t necessarily have to leave entirely — that the advocacy roles those churches might have been playing in the political sphere on behalf of people in depressed neighborhoods might not have to disappear. Of course, the question is, as an organization, how does a church, how does a congregation survive in two locations? That would take lots of staff; it would take a good deal of money. It would take honesty about who it is that you really need to be and want to be serving. Do you want to focus entirely on your membership, which is fine — that’s what distinguishes churches from many other kinds of institutions — or do you also want to incorporate an advocacy aspect into your ministry as well? It would be premature to say that it simply cannot work. But it would be foolish to say that it would be easy.

Research and statistics on religious institutions often tend to follow other, broader trends. It’s regrettable that we don’t have all of the statistics right now on exactly how many churches are moving and for what reason, or at least one big database containing all of that important data. I would hope that as the phenomenon of black suburbanization begins to take more of a central place within the research community, then research on the trajectory of black religious institutions after that suburbanization will also become more central.

I can only assume that, given the numbers of African Americans moving to suburbs, many religious institutions can be expected to follow them. But we can also expect that, as new religious institutions emerge in suburbs to serve those populations, there will be churches that choose not to leave and that choose to survive some other way in inner cities. And new religious ecologies, if you will, will emerge in suburbs. Things have always been changing, and this is a moment in a much longer process of religious change and development.