BOB ABERNETHY, anchor: We have a special report today on the debate among archaeologists in Israel over whether ancient ruins support or contradict the Bible’s view of King David and King Solomon. Lucky Severson visited the dig at Megiddo in northern Israel, where scholars are unearthing and dating the remains of cities, altars, and battlefields at one of civilization’s most violent crossroads.

LUCKY SEVERSON: This is Megiddo, one of the world’s most important archaeological digs. 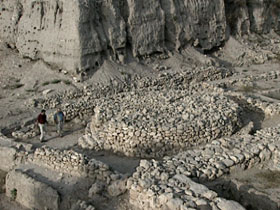 Dr. ISRAEL FINKELSTEIN (Director of Archaeology, Tel Aviv University): This is the mother of all mounds, so to speak, because this is the place where biblical archaeology was born.

SEVERSON: Israel Finkelstein is director of archaeology at Tel Aviv University, about an hour’s drive from Megiddo.

Dr. FINKELSTEIN: This is quite an amazing place. We are walking through 30 cities, built one on top of the other, starting in the seventh millennium B.C.

SEVERSON: In the world of archaeology, Megiddo is near the epicenter. Over the years it has revealed a treasure of information about early biblical times.

Dr. FINKELSTEIN: This is an altar. It’s an altar from the third millennium B.C.

SEVERSON: What did they sacrifice here?

Dr. FINKELSTEIN: Animals. They brought animals — sheep, goats, things like that, and they sacrificed them. 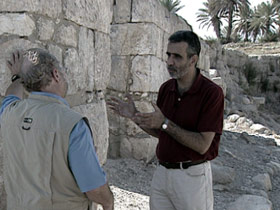 SEVERSON: Thirty civilizations guarding the strategically important Jezreel Valley and what was then the most important road connecting east and west. Historians say the Jezreel Valley has likely seen more bloodshed than any other place on earth — huge monumental battles dating back thousands of years — the last one, when the British defeated the Ottoman Empire in 1917. Megiddo has witnessed it all, including the reigns of two of the Old Testament’s most important figures.

Dr. FINKELSTEIN: This is the famous Solomonic Gate at Megiddo. It has been described as one of the manifestations of Solomonic greatness. Look at it. It is beautiful. It’s monumental.

SEVERSON: “Solomonic” refers to King Solomon, son of King David. Without Solomon, the great kingdom builder, and David, who conquered Goliath and the Philistines, Israel might not have survived.

Dr. BRYANT WOOD (Director, Associates for Biblical Research): Under David and Solomon, Israel became a political entity and became a nation similar to the nations around them.

SEVERSON: But what if David and Solomon were not the great kings they were portrayed as? Bryant Wood has been digging in Israel for years. 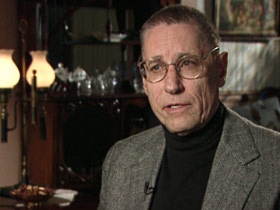 (To Dr. Wood): How important is it, biblically, if Solomon and David were not great kings?

Dr. WOOD: Well, I think that would be significant because it would show that the Bible is exaggerating or somehow fabricating the greatness of these individuals.

SEVERSON: But that is exactly what Israel Finkelstein and his associates are claiming — that archaeology does not support the Bible’s description of David and Solomon as great kings.

Dr. FINKELSTEIN: The Bible says not only that Solomon was a great king; the Bible also says that Solomon built at Megiddo. So people in the past took this gate not only as a manifestation of Solomon’s greatness but also as an example of what he did at Megiddo. However, it doesn’t date to the time of Solomon.

SEVERSON: You are saying this is really not Solomon’s gate?

Dr. FINKELSTEIN: No, this is definitely not Solomon’s gate. 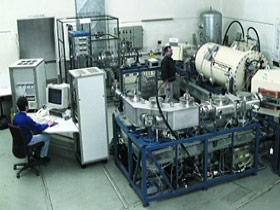 SEVERSON: Along with his research, Finkelstein says radiocarbon dating, widely accepted as a reliable method for dating antiquities, proves the gate was actually built as much as 200 years after the time of Solomon, which the Bible places at 1000 B.C. There is no archaeological evidence, he says, that supports the Bible’s depiction of the greatness of Solomon or David.

(to Dr. Finkelstein): He was a tribal chieftain?

Dr. FINKELSTEIN: He was a tribal chieftain, yes, that is correct, and David, too, in my opinion, as far as I can judge.

SEVERSON: There are those who disagree with Dr. Finkelstein’s findings, of course, including other notable archaeologists. Among them there is a vigorous debate — but with huge implications for those who take the Old Testament quite literally.

(to Dr. Wood): You say the Bible is under attack like never before. What do you mean?

Dr. WOOD: Well, I think that scholars are undermining the Bible in trying to show that it is not historical — that events did not happen.

SEVERSON: Professor Finkelstein says the problem with many biblical archaeologists is that they set out to prove the Bible is true. 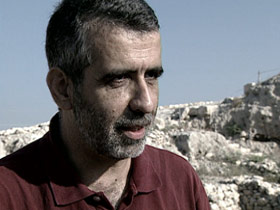 Dr. FINKELSTEIN: That is the bad part of biblical archaeology, you know. Rushing, roaming the field with the Bible in one hand and a spade in the other. And that is passé in a way, and that was wrong. And that led us astray for almost a century, if you are asking me.

SEVERSON: Few biblical archaeologists have roamed the field more than Bryant Wood, and he finds archaeology and the Bible quite compatible.

Dr. WOOD: You know, there might be a scholar or a number of scholars who would interpret evidence differently, who would say it contradicts the Bible, but I would say they are wrong.

SEVERSON: But Professor Finkelstein says it was the writers who chronicled much of the Old Testament in the seventh century who turned Solomon and David into great kings hundreds of years after they lived.

Dr. FINKELSTEIN: They were there, and they were the founders of the dynasty which became so important in Judeo-Christian civilization. But they became important because of the role in the time of the writers centuries later.

SEVERSON: The writers made them important?

Dr. FINKELSTEIN: The writers made them important. 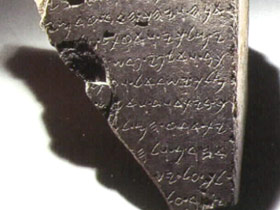 Dr. AMI MAZAR (Archaeologist, University of Jerusalem): I would say that we have to look on it in a cautious way.

SEVERSON: Ami Mazar is an archaeologist at the Hebrew University of Jerusalem. He also disagrees with Finkelstein about Solomon and David. He says there is evidence outside the Bible — a stone inscription about the “House of David” and ruins of ancient cities — that signify a great king, such as Solomon.

Dr. MAZAR: I don’t believe everything was just invented in the seventh century B.C. Now, when we look at the archaeology of these cities, my view, as well as many of my colleagues, is that these buildings can be attributed to the time of Solomon.

SEVERSON: Bryant Wood is convinced seventh-century writers were not inventing biblical history. He says they were relying on documents that have since disappeared.

Dr. WOOD: I think what we have are early documents that were written down and then handed along. Obviously the early documents have disappeared long ago, and so our earliest manuscripts now are the Dead Sea scrolls.

Dr. MAZAR: It depends on the point of view. I think the truth is somewhere in the middle. 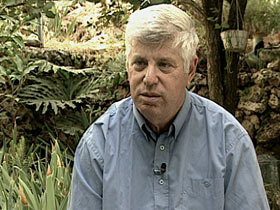 SEVERSON: Ami Mazar says questions about the greatness of Solomon and David are only the beginning of Old Testament accounts archaeologists need to explore more.

Dr. WOOD: I think for the most part a person’s faith is based on personal experience more than what some scholar says at some university. But on the other hand, they do influence mainly students, I would imagine. And some professor begins to tell them, “You know, the Bible is full of myth and folk stories.” They might accept that, and that would turn them away.

SEVERSON: Megiddo and the Jezreel Valley may loom as large in the future as they have in the past.

Dr. WOOD: The Book of Revelation says there is going to be a great final battle there — in the end of days.

SEVERSON: And the battle will be fought between the believers and the nonbelievers. I’m Lucky Severson for RELIGION & ETHICS NEWSWEEKLY in Israel.