LUCKY SEVERSON, correspondent: It was the disclosure of this classified video in 2010 of a US military helicopter shooting civilians and journalists in Baghdad that drew the world’s attention to the anti-secrecy organization called WikiLeaks. It was an embarrassment for the Pentagon, followed by the leak of thousand of cables about the wars in Iraq and Afghanistan. Then there was the release of US diplomatic cables amounting to 250,000 documents containing 240 million words. The reaction in Washington echoed the view of former Ambassador Ed Rowell.

AMBASSADOR EDWARD ROWELL: Horror, horror, and I can tell you a lot of my colleagues—I’m retired, but currently colleagues in the State Department felt the same sense of horror, and it was a feeling that was shared from the top to the bottom.

SEVERSON: The general feeling was that national security interests outweighed the public’s right to know and that what WikiLeaks did was morally and ethically wrong and maybe illegal. The attorney general launched an investigation, one that deeply troubles Stephen Kohn, executive director of the National Whistleblowers Center. 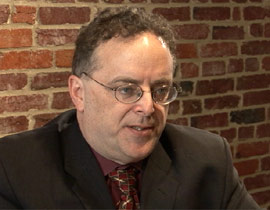 STEPHEN KOHN: I think the prosecution of WikiLeaks under the Espionage Act would be completely irresponsible and a violation of First Amendment rights.

SEVERSON: Kohn says it would be unethical for government employees to keep some things secret—that it’s their duty to report wrong-doing.

SEVERSON: Steven Aftergood heads the Project on Government Secrecy at the Federation of American Scientists.

STEVEN AFTERGOOD: If there is a problem with WikiLeaks, in my mind, it’s that they are not sufficiently responsible in what they put out, and they do not distinguish between what serves the public interest and what does not. 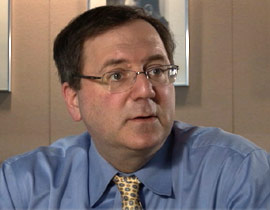 SEVERSON: New York Times officials say they felt an enormous ethical obligation to report the WikiLeaks cables responsibly. David Sanger is the chief Washington correspondent for the paper. He was one of as many as 30 staffers who sifted through the WikiLeaks documents before the Times published excerpts.

DAVID SANGER: We made judgments about which ones of those we thought were legitimate and which ones were not. For example, we were perfectly willing and thought it was very important that we remove from the cables the name of dissidents, the name of sources, the name of mid-level officials who had talked to the United States and who might suffer some punishment in their home countries for that.

SEVERSON: Steven Aftergood says even though his mission is to promote transparency in government, he thinks WikiLeaks has gone too far.

AFTERGOOD: There is no certain knowledge that anyone has been physically harmed by the leaks. At the same time, if you or I were one of those individuals named in the documents, I think we would be looking over our shoulder for many years to come. 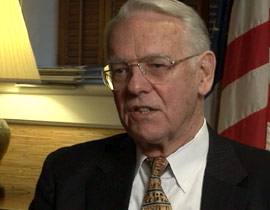 ROWELL: The issue is: Are there things which are justifiably secret and ought to be kept secret? And there are.

SEVERSON: Rowell has served as ambassador to Bolivia, Portugal, and Luxembourg. He says one danger is that the consequences of leaks are often difficult to predict.

ROWELL: In South Africa, when F.W. deKlerk declared the end of apartheid, Mandela was released and everything changed. The preamble to that was more than two years of negotiations between the ANC [African National Congress] and representatives of the president’s office, and if those negotiations had ever become known publicly the whole thing would have collapsed.

SEVERSON: But Times correspondent Sanger says some leaks may have beneficial results.

SANGER: The publication of those cables, not largely in the Times but elsewhere, helped—by the accounting of some American diplomats—spark the uprisings in Tunisia, which have then led to others around the Middle East.

SEVERSON: He says WikiLeaks disclosures have shed light on China’s attitude toward the US, on North Korea’s secret exportation of missile technology, and on Arab leaders’ views of Iran. 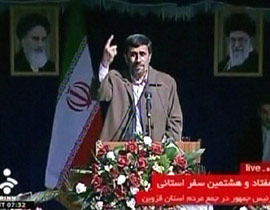 SANGER: In our coverage you read about the king of Saudi Arabia telling the United States to cut off the head of the snake when it came to dealing with Iran and its nuclear program. By getting that information out about Iran, you’ve now seen the Arab press become more willing to write about the Iranian nuclear program, which previously they wouldn’t do.

AFTERGOOD: I think leaks in general and WikiLeaks in particular are a response to a real problem. The problem is that the government keeps too much information secret without a valid reason.

KOHN: Since 9/11 and even before, they have grossly abused secrecy, first off by making many employees and contractors have clearances when they really don’t need it, and second, by stamping anything and everything classified, secret, top secret, whatever. It’s very simple for any agency just to stamp something confidential or secret and prevent public disclosure.

SEVERSON: Not only is there all that classified information, there are now approximately two-and-a-half-million people who have security clearances to access to those secret documents, including thousands of new private contractors hired by the government. Add it all together and it is very difficult to keep a secret in Washington. 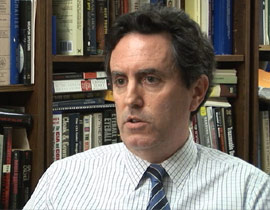 AFTERGOOD: The policy lesson I would like to see drawn from the whole episode is that we need to be more much discriminating. Only those things that are genuinely sensitive ought to be protected as such, and everything else should more or less be out there.

SEVERSON: Stephen Kohn says there is no protection for national security whistle blowers, and there needs to be. He questions the morality of the government’s focus on the messenger while seemingly ignoring the message.

KOHN: There were no prosecutions for the people who lied about the intelligence that caused the war in Iraq. They just gave them a pass. The people who did torture they gave a pass. But people who want to blow the whistle on those incidents—they’re coming down hard on and throwing the book.

SEVERSON: The individual suspected of pilfering classified information and passing it on to WikiLeaks is Private First Class Bradley Manning who has been held apparently in solitary confinement for several months in pretrial detention.

SEVERSON: Many agree it will be very difficult to prosecute WikiLeaks if it acted only as a publisher. Few expect that organizations like WikiLeaks are going away.

AFTERGOOD: There is a void that has formed as a result of the downsizing, so to speak, of journalism. Where there were relationships between government officials and beat reporters, there is now a vacuum. Wikileaks is one of the things that has stepped in to fill that vacuum.

SEVERSON: The person who founded Wikileaks, Julian Assange, says his goal is to expose unethical behavior by governments and organizations. Others question his motives.

SANGER: He believed that the publication of this material would embarrass the United States and make public a huge gap between what America says it is doing and what it is doing around the world. In fact, I think it had the opposite effect. I think that we learned from this that American diplomats by and large are doing what they say they are doing.

SEVERSON: For now the investigation of WikiLeaks continues, and so do the leaks.

David DeCosse: Edward Snowden and the Moral Worth of Civil Disobedience