LUCKY SEVERSON (Correspondent): This is Pyongyang, the capitol of the Democratic People’s Republic of Korea, and this is the way the regime wants you to see life in North Korea, as a utopian paradise. It’s not the way Melanie Kirkpatrick, a Senior Fellow at the Hudson Institute sees North Korea. She’s about to publish a book about the people who’ve escaped the North and those who have helped them.

SEVERSON: Kwang Jin Kim was a North Korean banker who defected 8 years ago. He now lives in South Korea.

KWANG JIN KIM: The life in North Korea is like hell, you know, and the life outside is like heaven.

SEVERSON: This is the so-called Demilitarized Zone, the heavily militarized buffer zone between the two Koreas, which are still technically at war. South Korea has one of the world’s most prosperous economies. By all accounts, North Korea is one of the most oppressive, closed regimes of modern times. As many as two million North Koreans have died of starvation. Hundreds of thousands have been committed to political prisons. Tens of thousands have risked their lives to escape, with the help of some dedicated Christian pastors and missionaries. 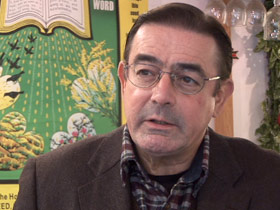 Fifteen years ago, when he was a non-denominational pastor and missionary in Seoul, Tim Peters asked himself a question that changed the course of his life.

TIM PETERS: What’s wrong with this picture? 50 miles north of here is possibly the worst human rights situation, including Christian persecution, in the entire world, and here we are in South Korea living a lifestyle that’s probably on par with the United States and Europe, and even the South Korean churches were sending armies of missionaries all over the world and yet, there seemed to be nobody in China to kind of catch, to play catcher to all these refugees that were coming across.

SEVERSON: Peters just returned from China where he operates an underground railroad helping North Korean refugees, most of them not Christian, escape to other countries. They are not welcome in China and forcefully sent home if they’re caught. Pastor Phillip Buck has a long history of helping North Koreans. His daughter Grace interprets.

PASTOR PHILLIP BUCK: So I once asked a Chinese, Chinese person, why do you do this? I mean, these are so desperate people. Even if you can’t feed them, at least don’t arrest them and send them back to North Korea. What is the reason for you doing this? And the person said that because China and North Korea has such a strong tie. 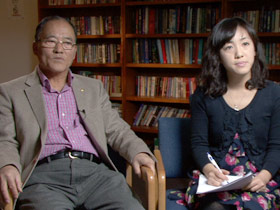 SEVERSON: And if they are sent back, they know they’ll face severe punishment. Leaving North Korea without permission is a serious crime.

TIM PETERS: Some of the North Korean refugees, particularly women for some reason are known to carry either a razor blade or arsenic in their hand bags in the event that they are identified and detained by Chinese police. Some of these ladies will attempt to commit suicide in preference to meet the consequences that they will face on the North Korean side when they get sent back.

KIRKPATRICK: And people who are found with a bible or found practicing Christianity are arrested and the United States Commission on International Religious Freedom has documented cases of people who have been killed for their religious beliefs.

SEVERSON: And if the refugee sent home is identified as a Christian, Pastor Buck says the crime is considered very serious and sometimes ends with execution.

PASTOR PHILLIP BUCK: They are imprisoned in political concentration camps. And with the reason that they believe in Jesus Christ, they are publicly executed.

SEVERSON: Altogether Pastor Buck has helped 200 North Koreans find refuge in other countries and was awarded the international Civil Courage Prize – 50,000 dollars for his efforts. He uses that money and other contributions to help support 2,000 refugees. 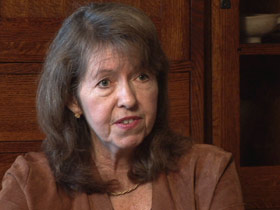 SEVERSON: In 2005, Pastor Buck was arrested and spent 15 months in a Chinese prison — an experience, he says, that made him stronger and more determined.

SEVERSON: How is it that the death of the so-called “Dear Leader” of such an oppressive regime can cause such a display of grief and adoration from those who have been oppressed?

SEVERSON: She says they’re taught from an early age to revere their leaders, almost worship them — first Kim Il Sung, the country’s founder, then Kim Jong Il, the son, and now it’s already begun with Kim Jong Un, the grandson.

This is a typical propaganda film – the teacher tells the kids to sit up straight and, “Little comrades, when you have heard my story, you will know that our General is the most praiseworthy man on earth.”

PETERS: The doctrine and the propaganda is still very much in place. And it’s still pumped in from kindergarten and preschool all the way up to the grave. 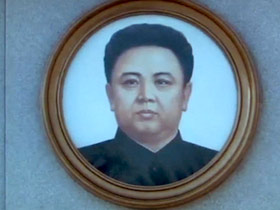 SEVERSON: And it’s apparently not just propaganda that motivates North Koreans. It’s also fear that not heeding propaganda will result in punishment.

KIRKPATRICK: I have heard several such examples. Somebody who has folded a newspaper to sit on a wet park bench and that newspaper had a picture of Kim Il Sung or Kim Jong Il, and off he went.

PETERS: Keep in mind that the whole structure of North Korean ideology is the exaltation of the leadership really to a deified level, so becoming a Christian is basically being a political traitor because you’ve said I’ve accepted another authority in my life other than Kim Jong Ill.

PETERS: I consider the North Korean people, to use Christian parlance, as an unreached people now. And of course, our aid to them cannot be hinged to their response. Our giving is unconditional, but we can’t, we have to be unapologetic about the fact that we are telling them in whose name are we giving this help. We’re giving it to them in the name of the one who rescued us and that’s of course Jesus Christ.

SEVERSON: Tim Peters founded Helping Hands Korea, and is now waiting for a visa to go back into China. Kwang Jin Kim is now a scholar at the Institute for National Security Strategy in Seoul and a Christian convert.

SEVERSON: And Pastor Buck’s daughter says he has no intention of slowing down.

GRACE: We, my brothers and sisters, kind of asked him and suggested that he retire, what about he retiring now. It would be a good time for him to retire. He was almost 70, but then he said no. He said somebody have to do it and he’s that somebody. And he says he’s not going to quit until the day that God calls for him.

SEVERSON: Now people in and outside of North Korea wait to see if the new Kim will be any less repressive, and anymore open to change, than the two Kims before him.