BOB ABERNETHY: Several major decisions from the Supreme Court this week: Five of the nine justices voted to uphold President Obama’s health care law, saying the law’s individual mandate is legal. Religious groups were divided over the legislation. Some had called health care reform a moral imperative, while others worried the law would allow federally funded abortions. Faith communities had also lobbied hard around Arizona’s immigration law. On Monday, the court struck down three parts of that legislation, but it left in place the requirement that local police check the immigration status of people they believe could be in the country illegally. In another case, the justices ruled against mandatory sentences of life without parole for juveniles convicted of murder. They said courts should have discretion about imposing that punishment.

For more on the religious reaction to these decisions, Patricia Zapor of Catholic News Service is here, and so is Kim Lawton managing editor of this program. Welcome to you both.

ABERNETHY: Pat, the health care decision: what do you hear? 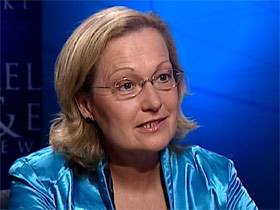 ZAPOR: Well, I hear from some religious groups. Most mainstream religious groups are pleased with the outcome in general, although the Catholic bishops, for instance, cautioned that there are still a lot of parts of the health care law that are not quite perfect. It’s got issues for provision of contraceptives. It has not, what they consider inadequate protections for conscience for medical care providers. There are other things that they want to be addressed, but in general mainstream Christian groups are excited, because this is a way that the people who have been cut out of the health care system because they’re poor enough and they’re not rich enough might stand a chance of getting some decent health care.

KIM LAWTON: And a lot of the groups, Christian and Jewish groups and others, really lobbied hard to get this legislation passed as well so—

ZAPOR: Right. Some of them have been working at it for decades.

LAWTON: Yes. And so from them I’m hearing things like this is a victory for the common good and something that’s exercising the moral obligations to take care of people. But I’m also hearing a lot of concern from religious conservatives who see this as something terrible, the government reaching in violating peoples’ individual liberties. I’m hearing concerns about government funding of abortion and certainly the contraception mandate, which a lot of people feel does also violate religious liberty—the idea that religious groups have to provide free contraceptive services. 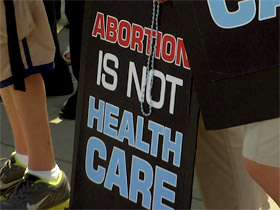 ABERNETHY: Even if they’re very strongly against contraception.

ZAPOR: Right, and that’s what the lawsuits were filed over

ABERNETHY: Summarize what that situation is now.

ZAPOR: Well, this is related to regulations from HHS and it’s actually at this point just proposed regulations from HHS about how the employer mandate, that employers provide health care plays out. And the Catholic Church and a bunch of churches, a bunch of religious groups in general, are worried that the way the possible provisions are currently written, they will be required to provide contraceptive coverage, which goes against their faith teachings, and they’ve sued over this. More than forty organizations filed lawsuits against the federal government challenging that a few weeks ago.

LAWTON: Well, and there’s also—Well, I was just going to say, for some of the groups who support, who don’t oppose contraception, they’re worried about this notion of the government putting religious groups in different categories. So a worshiping institution would be exempt, but a faith based school would not or something like that. 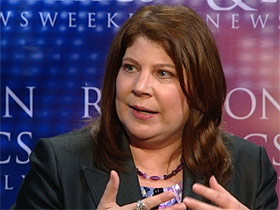 LAWTON: And none of that was affected by this week’s decision.

ABERNETHY: Let me move on. Let me move on to the Arizona immigration decision. What have you heard about that in the way of reaction?

ZAPOR: Well, people are pleased with the parts that were overturned from the Arizona immigration law, the parts making it a state crime to be in the state illegally. The ruling was very clear in saying states don’t get to decide that this is a crime, and under federal law it is not. But they are worried about the provision, the “show me your papers” provision, that will allow law enforcement agencies to ask pretty much anyone who they think might possibly be in the country illegally for proof of residency, proof of legal status in the country.

ABERNETHY: But don’t they have to have some kind of other reason for stopping somebody, like speeding or something like that?

ZAPOR: That’s not clear, but they definitely have to have more than just “you look Latino.” There has to be more to it than that, and that was something that the ruling very narrowly said: We’re going to be watching this. You can’t be profiling people.

LAWTON: A lot of religious groups too are saying that this ruling—there was concern about this “show me your papers” provision, although some religious conservatives said, hey, it’s respect for the rule of law, and so there were some differences there. A lot of religious groups across the spectrum also said this shows the need for a federal immigration reform, comprehensive immigration reform at the federal level, and we’ve seen growing political activism on this, even from evangelicals who tend to be more politically conservative, but just saying that this shows that our country has an immigration problem that needs to be solved, and when you have these individual states coming up with differing laws, it makes the whole situation complicated.

ZAPOR: There was a large group of evangelical leaders who, a couple of weeks ago, came out with a statement just to that effect, and they reiterated that after this ruling.