ARLINGTON, VA, AUGUST 4, 2011 -- PBS announced today the appointment of two new executives who will help implement PBS’ primetime content strategy, a multi-year effort to strengthen the organization’s primetime lineup and deliver on its ongoing commitment to serve the American people with outstanding content that reflects the high quality and diversity of perspective that viewers expect from PBS. Beth C. Hoppe and Donald Thoms are joining the PBS staff at the end of this month and on August 8, respectively, as Vice President, Programming, General Audience. Both Vice Presidents will report to John F. Wilson, PBS Senior Vice President & Chief TV Programming Executive.

“I am pleased that Beth and Donald are coming to PBS,” said Michael Jones, Chief Operating Officer. “They are both smart, talented individuals who truly understand public television and have excellent experience in content development for a variety of distributors and audiences. I know they will be assets to PBS, our member stations and the public media system as a whole.”

Working in collaboration with producers, Ms. Hoppe and Mr. Thoms will take a proactive approach to program development from idea generation to air. They will be responsible for finding new ways of engaging audiences across platforms, refreshing existing programs and, as appropriate, commissioning new programs. A key goal of PBS’ primetime content strategy is to build upon the gains the organization has achieved in primetime viewership, which has increased 7% since June 2010. Given PBS’ mission to reach as many Americans as possible with its content and services, expanding the reach of general audience programming is an important part of the organization’s public service mandate.

“I am delighted to be returning to public television, where the top goals are quality and excellence,” said Ms. Hoppe. “Joining PBS feels like a homecoming, giving me the chance to really focus on what I love to do -- help get fantastic programming to a growing audience.”

“I’m so excited to return to the halls of PBS,” said Mr. Thoms. “There are so many talented and dedicated people at PBS and I look forward to continuing to bring only the best that producers have to offer to our viewers who put their trust in us.”

An Emmy and Peabody Award winner, Ms. Hoppe has served since 2009 as Executive Producer at Discovery Studios where she developed the series Human Nature and other projects. Prior to that, she was President and CEO of Optomen Productions, where she led programs for Animal Planet, Discovery, Food Network and PBS from 2004 to 2009. From 1998 to 2004 she served as Director, Science Programs, for PBS member station Thirteen/WNET New York where she developed the critically acclaimed FRONTIER HOUSE and COLONIAL HOUSE series, among other key productions.

A member of the World Congress of Science and Factual Producers – having served two terms on the advisory board – Ms. Hoppe is also active in the U.S. Chapter of the British Academy of Film and Television Arts and is a member of Women in Film and Television. She has acted as a proposal reviewer for the National Science Foundation and the Alfred P. Sloan Foundation. Ms. Hoppe earned her Bachelor’s degree from the University of New Hampshire.

As President of ThomsMediaGroup (TMG) from 2009 until his new appointment to PBS, Mr. Thoms led the multimedia consulting organization, focusing on television production and development, as well as on-air talent development, coaching and casting. His clients include Discovery, WNED, Scripps Networks, Verizon, the Travel Channel and MTV.

In his role as Vice President, Program Production at Discovery Health Channel, which he held from 1999 to 2007, Mr. Thoms oversaw the day-to-day operation of television production for the major cable network from its launch, managing over 400 hours of editorial content per year from production teams all over the world. Under his leadership, the network saw double-digit ratings gains with series like Mystery Diagnosis, Dr. G. Medical Examiner and the Dr. Oz franchise, as well as winning numerous awards, including the EMMY, the Gracie, the Prism Awards and other honors. Donald also served as Vice President of Talent Development and Casting for Discovery Communications, where he oversaw the development of major talent for the various networks. Donald prizes his relationships with both Dr. Mehmet Oz and Dr. Drew Pinsky as talent/stars on some of his series.

His activities at Discovery also included serving on the Multi-Cultural Alliance and Diversity Production Taskforce. Both groups foster diversity and inclusion within Discovery.

Mr. Thoms previously served at PBS as Vice President, Program Management from 1993 to 1999, where his accomplishments including the creation of the award-winning series INDEPENDENT LENS, which is preparing for its 10th season year on the air, and The Red Book, the document that established the guidelines for program delivery, which PBS continues to use today. In his first tenure with PBS, Mr. Thoms developed and evaluated programming projects and helped create on-air promotional initiatives for key programs. He worked closely with both station producers and independent filmmakers and acted as Special Projects Executive. He managed the first year of PBS Plus, PBS’ syndicated program package, and acted as PBS’ Equal Employment Opportunity Officer. A graduate of Morgan State University with a Bachelor’s degree in Sociology/Anthology, Mr. Thoms began his career as Director, Regional Productions at Maryland Public Television, a position he held from 1973 to 1993.

Mr. Thoms’ other activities include tenures as President and a member of the Board of Advisors for CINE, which recognizes and fosters the highest quality of non-theatrical film and video production through its semi-annual film competitions. He also serves on the Board of Trustees for Center Stage, the premier theater in Baltimore, and on the Community Advisory Board of PBS member station WHUT in Washington, D.C. 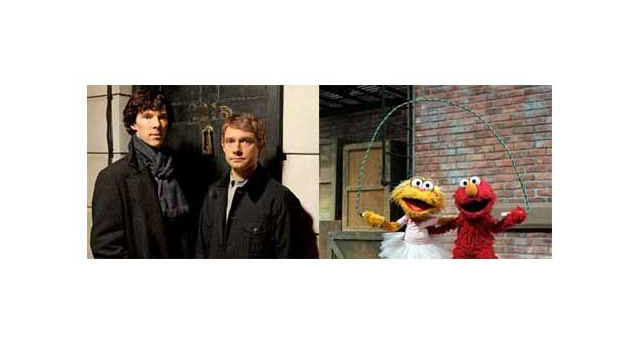