Pasadena, CA – January 10, 2020 – East Lake Meadows, the public housing project opened by the Atlanta Housing Authority in 1970 and demolished a generation later, is the subject of a new documentary by Sarah Burns and David McMahon (THE CENTRAL PARK FIVE, JACKIE ROBINSON) that tackles the impact of racism on housing while also exploring the daily lives of those who called East Lake Meadows home. EAST LAKE MEADOWS: A PUBLIC HOUSING STORY, which is executive produced by Ken Burns, will air on PBS on Tuesday, March 24, 2020 (8:00 p.m. ET; check local listings). The film trailer is available on PBS’s YouTube page here.

In 1970, the Atlanta Housing Authority opened the 650-unit public housing community called East Lake Meadows on the edge of Atlanta. Built on the former practice golf course of the Atlanta Athletic Club, which had moved north as part of the white flight that was impacting Atlanta and cities around the country, East Lake Meadows quickly became home to many thousands of low-income Atlantans, mostly African American.

Initially praised for the spacious units and new construction, East Lake Meadows quickly became known as “little Vietnam,” a moniker that was intended to capture the rampant crime and violence that overwhelmed the community.

Shoddy construction and a lack of funding left the project and surrounding landscape in disrepair and led to a rapid decline in the quality of life. As public housing developments in Atlanta and across the country were further abandoned and stigmatized, and as a drug epidemic swept through cities, East Lake Meadows became nearly uninhabitable.

As the film shows, however, residents — many of whom had no other place to go — continued to call it home, creating strong bonds despite the many challenges they faced.

“We began this film as an exploration of place,” said Sarah Burns, who directed and produced the documentary with her husband, David McMahon. “We quickly realized, though, that while the film is very much about public housing, and its promises and shortcomings, it is really about the stories of the families who called East Lake Meadows home. They raised their children there, celebrated birthdays and holidays and fought to protect their homes and their futures.  The story of East Lake is really the story of their lives.”

“East Lake Meadows, like many public housing projects across the country, was designed to house those with the greatest needs,” said producer and director David McMahon. “But the story reflects the racial bias that allowed society to neglect the housing and the community, and then blame the residents for the poor conditions that arose from that disinvestment. Residents shared with us their stories of resilience, trauma, hard work and finding joy despite the challenging conditions.”

EAST LAKE MEADOWS tells the stories of more than a dozen families who lived in the community between the 1970s and its demolition in the mid-1990s, including the Lightfoot family and four generations of the family of Eva Davis, the long-time tenant leader at East Lake Meadows. The film documents the tremendous hardships faced by East Lake families; the lack of access to grocery stores and fresh produce; the impact of devastating unemployment and poverty; conditions that included mold, leaky pipes, and collapsing walls and ceilings; and the seemingly ubiquitous presence of crime, drugs and guns. It also follows the births of children, celebration of holidays, daily activities in schools and the ways in which residents were “making a way out of no way.”

“When you’re poor, you make your own fun, and that’s what we did,” said Barbara Lightfoot, who lived in East Lake Meadows with her mother and six siblings. “The kids and everything, it’s just like a big party, and that’s the best thing I remember. People could still get together in spite of them being really poor. They knew how to get together and still have a good time and enjoy life.”

Beverly Parks, another resident, explained, “Even in poverty, there’s always light. And I think that’s most of our history as black folks. There’s always that beacon of light through there. So, we used to joke, and we would look for happiness wherever we could find it.”

While the film looks at the many factors that contributed to the deterioration of the housing complex, it also questions the racial biases that led many to blame its residents for the conditions of the development. As the Harvard sociologist Mario Small says in the film, “It’s a myth that people aren’t trying. You get really high-quality schools in a low-income neighborhood, and you’re going to see kids one after the other saying, ‘I want to go to college. I want a good education.’ This idea that people as a general statement want to stay in their conditions because they want to be wards of the state [is] just not consistent with the evidence.”

In the 1990s, the Atlanta Housing Authority (AHA) developed a plan to demolish the existing complex and to replace it with a new, mixed-income community. The film explores this process in detail, from the community meetings where residents expressed their fears of being pushed out, to the efforts by the resident planning committee to demand that city and housing officials create new housing that would serve them fairly.

Ultimately, the AHA partnered with the East Lake Community Foundation, which had been created by local real estate developer and philanthropist Tom Cousins, to design a new community — the Villages of East Lake — that would contain 542 units, with 50 percent set aside for low-income residents.

The new community has experienced unprecedented growth, with nearby single-family home values increasing over six-fold since the mid-1990s. The new charter school, which replaced a failing elementary school, is among the best performing in Atlanta, and a new grocery store and bank now serve the community.

Though East Lake has seen a radical transformation, the new mixed-income community no longer serves the same community that once called it home. Only about 15 percent of the former East Lake Meadows residents returned to the Villages of East Lake, while many others accepted vouchers to move into private housing elsewhere.

Through the stories of former residents, EAST LAKE MEADOWS gives voice to some of the most marginalized people in our society and raises critical questions about how we, as a nation, have created concentrated poverty and limited housing opportunity for African Americans, and what can be done to address it.

In addition to former residents, the film features interviews with some of the country’s leading sociologists and housing experts, including Mary Pattillo (Northwestern University), Lawrence Vale (MIT) and Edward Goetz (University of Minnesota); historians Kevin Kruse and Jelani Cobb; journalists Nikole Hannah-Jones and Douglas Blackmon; and others who worked directly on housing issues at the time, including former Housing and Urban Development Secretary Henry Cisneros; Carol Naughton, former General Counsel for Atlanta Housing Authority and now the President of Purpose Built Communities; and Renee Glover, former CEO of the Atlanta Housing Authority, among others.

Viewers are encouraged to join the conversation: #EastLakePBS

Funding for EAST LAKE MEADOWS: A PUBLIC HOUSING STORY was provided by the Corporation for Public Broadcasting, PBS and public television viewers.

About PBS
PBS, with more than 330 member stations, offers all Americans the opportunity to explore new ideas and new worlds through television and digital content. Each month, PBS reaches over 120 million people through television and 26 million people online, inviting them to experience the worlds of science, history, nature and public affairs; to hear diverse viewpoints; and to take front row seats to world-class drama and performances. PBS’s broad array of programs has been consistently honored by the industry’s most coveted award competitions. Teachers of children from pre-K through 12th grade turn to PBS for digital content and services that help bring classroom lessons to life. Decades of research confirms that PBS’s premier children’s media service, PBS KIDS, helps children build critical literacy, math and social-emotional skills, enabling them to find success in school and life. Delivered through member stations, PBS KIDS offers high-quality educational content on TV— including a 24/7 channel, online at pbskids.org, via an array of mobile apps and in communities across America. More information about PBS is available at www.pbs.org, one of the leading dot-org websites on the internet, or by following PBS on Twitter, Facebook or through our apps for mobile and connected devices. Specific program information and updates for press are available at pbs.org/pressroom or by following PBS Pressroom on Twitter

About WETA
WETA Washington, DC, is one of the largest producing stations of new content for public television in the United States. WETA productions and co-productions include PBS NewsHour, Washington Week, The Kennedy Center Mark Twain Prize, The Library of Congress Gershwin Prize for Popular Song, Latino Americans and The Italian Americans; documentaries by filmmaker Ken Burns, including The Civil War, Baseball, The National Parks: America’s Best Idea, The Roosevelts: An Intimate History, The Vietnam War and Country Music; and productions by Harvard scholar Henry Louis Gates, Jr., including Finding Your Roots with Henry Louis Gates, Jr. (Seasons 3-6), Black America Since MLK: And Still I Rise, Africa’s Great Civilizations and Reconstruction: America After the Civil War. WETA presentations include Pati’s Mexican Table, Sara’s Weeknight Meals and Daniel Tiger’s Neighborhood. Sharon Percy Rockefeller is president and CEO. The WETA studios and administrative offices are located in Arlington, Virginia. More information on WETA and its programs and services is available at www.weta.org. On social media, visit www.facebok.com/wetatvfm on Facebook or follow @WETAtvfm on Twitter. 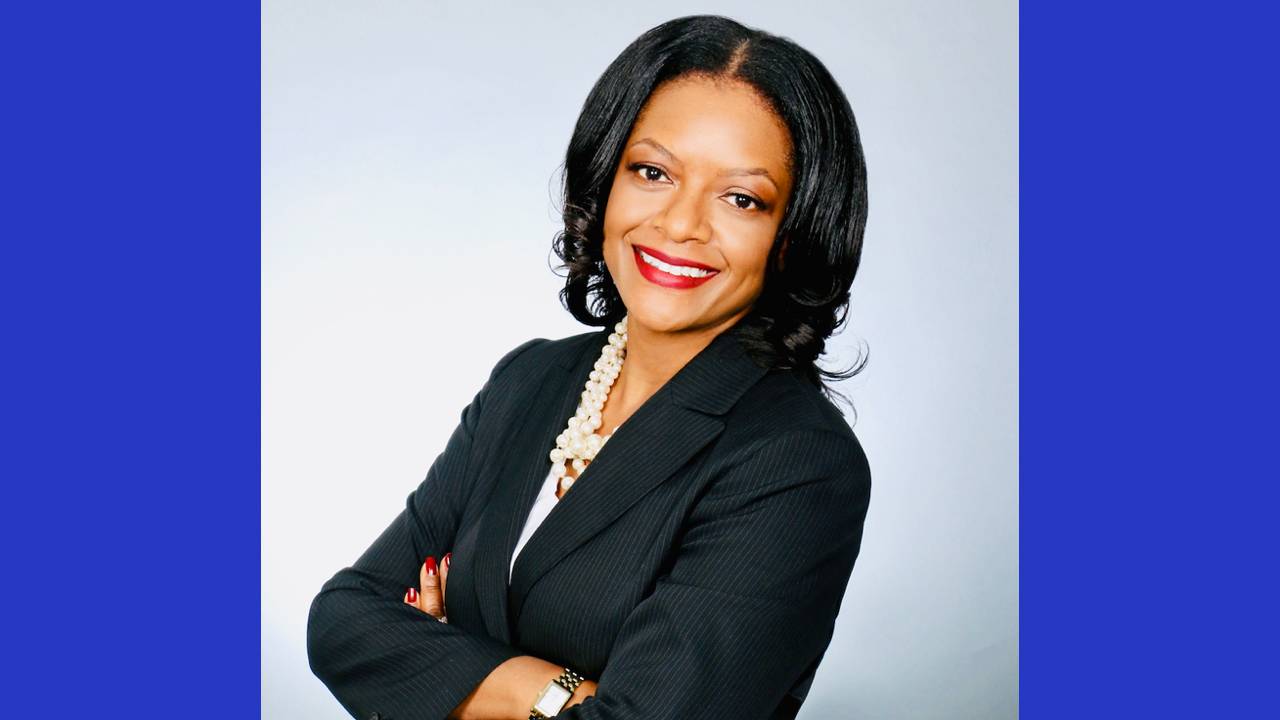 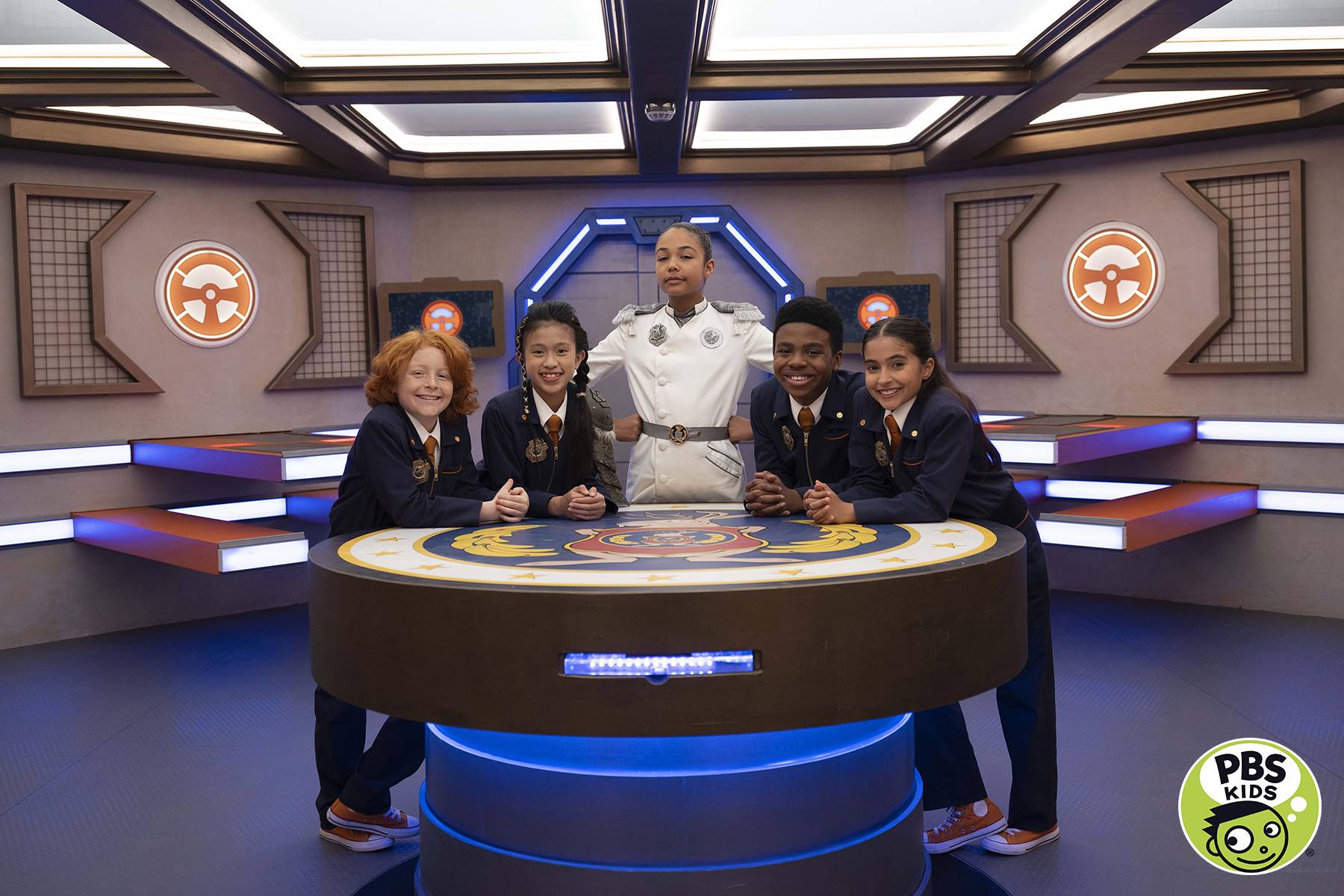