PASADENA, CA; updated April 13, 2016 – PBS President and CEO Paula A. Kerger announced today at the PBS portion of the Television Critics Association Press Tour that PBS, with National Geographic as its international broadcast partner, has commissioned a new six-part science series. GENIUS BY STEPHEN HAWKING, from production company Bigger Bang, will be presented and narrated by renowned theoretical physicist Prof. Stephen Hawking (watch a preview here). In each episode, a different group of ordinary people will be challenged to think like the greatest scientific minds in history in order to solve some of humanity’s most enduring questions. GENIUS will air on PBS in the U.S. Wednesdays, May 18-June 1, 2016, 8:00 - 10:00 p.m. ET, and internationally on National Geographic Channel.

“Do you need to be a genius to answer the big questions?” said Prof. Stephen Hawking. “I’m very pleased to be back on the air for PBS and National Geographic International with GENIUS – a project that furthers my lifelong aim to bring science to the public. It’s a fun show that tries to find out if ordinary people are smart enough to think like the greatest minds who ever lived. Being an optimist, I think they will.”

“With its premise of proving that ‘ordinary’ people can grasp how history’s greatest scientific discoveries came about, GENIUS is directly aligned with what we hope to achieve through all of our programming – inspiring audiences to explore the world around them,” said Beth Hoppe, Chief Programming Executive and General Manager, General Audience Programming, PBS.

Through the use of large-scale experiments and remarkable demonstrations, the program decodes the mysteries of evolutionary biology, astrophysics and quantum mechanics, solving questions like “Why am I here?,” “Are we alone?” and “Can we travel through time?” Each episode features three people with curious minds who must use their own intellect to learn what humanity’s most notable thinkers have discovered about the greatest scientific mysteries over the centuries. GENIUS takes its participants (and viewers at home) back in time – to ancient Greece, where Eratosthenes calculated the Earth’s circumference – and to more recent history and such thinkers as Edward Hubble, who uncovered and established the distances between our planet and the vast galaxies throughout the universe.

“The series puts complex scientific concepts into easily digestible layman’s terms,” said Hamish Mykura, Executive Vice President of Programming and Development for National Geographic Channel. “The experiments are spectacular and illustrate some of the most important ideas from some of the greatest minds in history in highly engaging ways. My hope is that Stephen Hawking and this series encourage more minds around the globe to engage with the scientific challenges of tomorrow.”

“Good television is about great storytelling,” added Iain Riddick and Ben Bowie, founders of Bigger Bang, “and science is a source for some of the most awe-inspiring, imaginative stories ever conceived.  We’re delighted to work with Prof. Hawking again, and also to have such strong and authentic partners on board with PBS and National Geographic Channels International. GENIUS will be uniquely thought-provoking entertainment, revisiting some of history’s notable scientific breakthroughs through the eyes of everyday people, and we are thrilled to bring the series to television audiences around the world in 2016.”

In each of six episodes of GENIUS BY STEPHEN HAWKING, Prof. Hawking presents three ordinary people with a series of physical and mental challenges to show them how to think like a genius. Episode descriptions are listed below:

Episode 1: “Can We Travel In Time?”
Premieres Wednesday, May 18, 2016, 9:00-10:00 p.m. ET.
Join Stephen Hawking as he challenges three ordinary people to determine if time travel is possible. The fascinating journey of discovery features DeLoreans, atomic clocks, a giant black hole and a large swath of New York City.

Episode 2: “Are We Alone?”
Premieres Wednesday, May 18, 2016, 10:00-11:00 p.m. ET.
Join Professor Stephen Hawking as he challenges three ordinary people to work out the likelihood of alien life out there in the universe. See why the team has their minds blown in a way they were never expecting.

Episode 3: “Why Are We Here?”
Premieres Wednesday, May 25, 2016, 9:00-10:00 p.m. ET
Join Stephen Hawking as he sets three ordinary people a truly mind-bending challenge: Can they work out why they exist at all? Hawking takes them down a rabbit hole of profound realizations, helping them think like philosophers as much as scientists.

Episode 4: “Where Did Universe Come From?”
Premieres Wednesday, May 25, 2016, 10:00-11:00 p.m. ET.
Join Stephen Hawking as he challenges three ordinary people to work out where the universe came from. Hawking leads the trio on an extraordinary journey of discovery featuring racing cars, ice-skaters, balloons and running tracks.

Episode 5: “What Are We?”
Premieres Wednesday, June 1, 2016, 9:00-10:00 p.m. ET.
Join Stephen Hawking as he challenges three ordinary people to find out what we really are. Self-assembling machines, light-up bacteria and the world’s first physical demonstration of evolution in action conspire to revolutionize their view of life.

Episode 6: “Where Are We?”
Premieres Wednesday, June 1, 2016, 10:00-11:00 p.m. ET.
Join renowned scientist Stephen Hawking as he challenges three ordinary people to think like a genius. Can they measure the earth, the solar system and even the universe — and find our true place in the cosmos?

To find out what it’s like to be a genius, a program website on PBS.org will be available closer to premiere. Audiences will be able to learn more about each episode, meet the experts, explore each challenge through slideshows, watch clips and follow the social conversation with #HawkingGeniusPBS. Viewers will also be encouraged to participate in an exciting social media campaign surrounding the premiere of GENIUS. Audiences will be asked to give their answers to the big questions in life across a variety of social media platforms. They will also be able to engage with an exciting number of clips and graphics rolling out on PBS social media platforms before the program airs.

About Stephen Hawking
Prof. Hawking is one of the world’s leading physicists and cosmologists. He is an English theoretical physicist, cosmologist, author and Director of Research at the Centre for Theoretical Cosmology within the University of Cambridge. His scientific works include a collaboration with Roger Penrose on gravitational singularity theorems in the framework of general relativity, and the theoretical prediction that black holes emit radiation, often called Hawking radiation. Hawking was the first to set forth a theory of cosmology explained by a union of the general theory of relativity and quantum mechanics. He is a vigorous supporter of the many-worlds interpretation of quantum mechanics.

He is an Honorary Fellow of the Royal Society of Arts, a lifetime member of the Pontifical Academy of Sciences and a recipient of the Presidential Medal of Freedom, the highest civilian award in the United States. Hawking was the Lucasian Professor of Mathematics at the University of Cambridge between 1979 and 2009 and has achieved commercial success with works of popular science in which he discusses his own theories and cosmology in general; his book A Brief History of Time appeared on the British Sunday Times best-seller list for a record-breaking 237 weeks.

About Bigger Bang
Bigger Bang TV was founded by Ben Bowie and Iain Riddick to produce high-end specialist factual programming with uncompromising quality. The company, which was named by Prof. Stephen Hawking, is all about great ideas, brilliantly realized, with a focus on science, technology, engineering, history and space exploration. Bowie and Riddick have dozens of hours of blue chip series and specials, as well as three Emmy nominations and numerous other awards, between them. In the last 10 years, they have delivered more than eight hours of exclusive programming with Prof. Hawking, a further four hours of space exploration films featuring missions such as Rosetta, Comet ISON, the Hubble Space Telescope and the Apollo moon landings, five NOVAs, two series on Nazi History for NGCI, amid numerous other series and fast turnaround documentaries. www.biggerbang.tv

For information on this and other PBS programs, visit PBS PressRoom at pbs.org/pressroom. 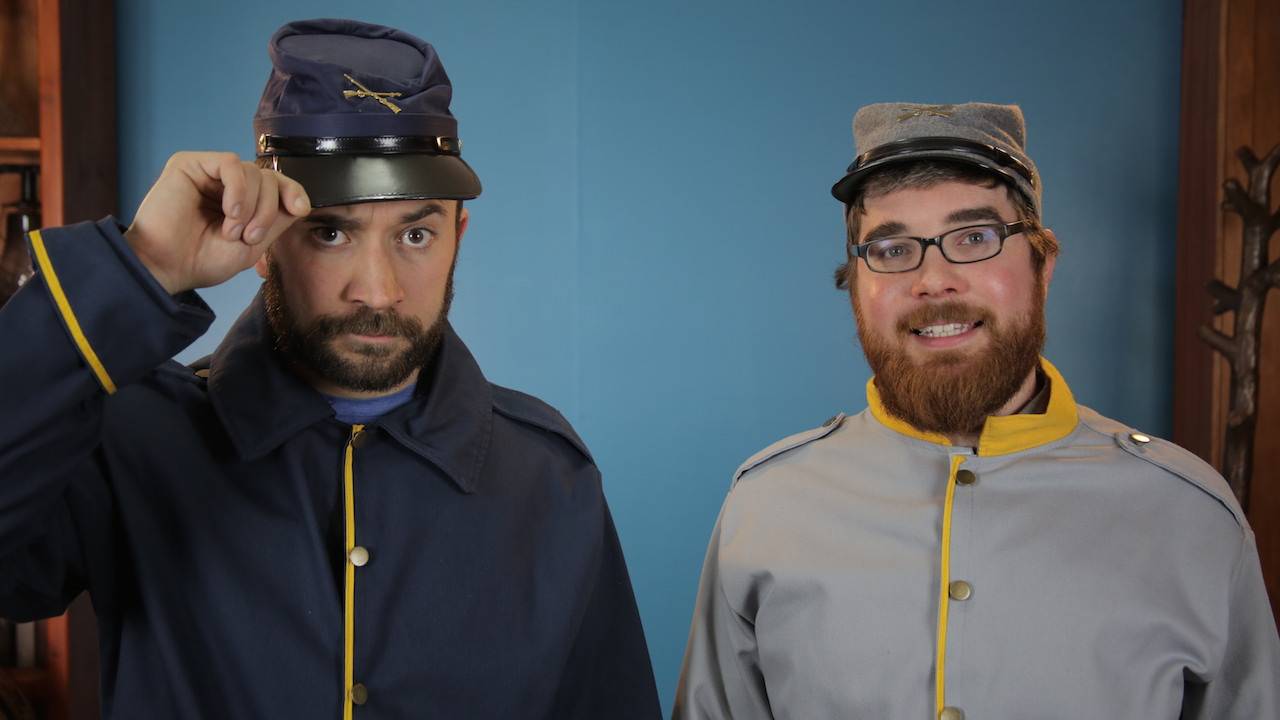 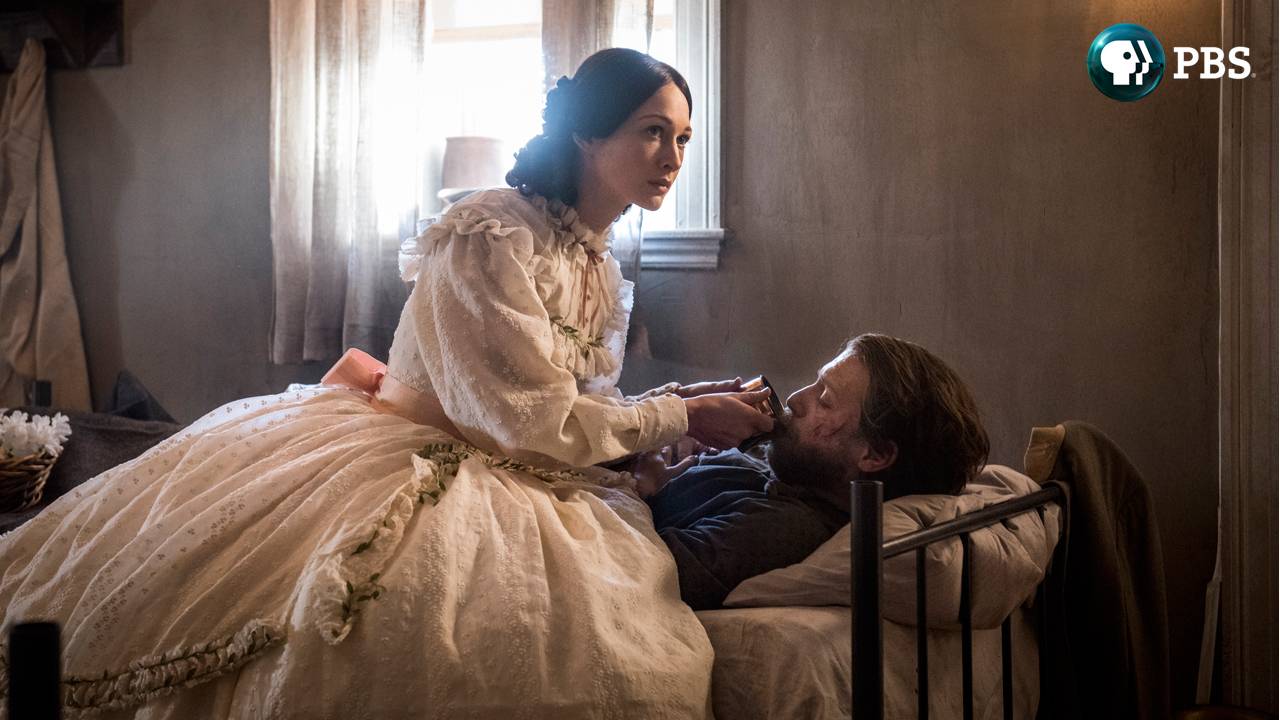