ARLINGTON, VA, December 12, 2012 –PBS KIDS’ popular WILD KRATTS series will have kids and parents diving into a creature adventure on Monday, January 21, with the premiere of a new science special — WILD KRATTS “Lost at Sea.” During the one-hour event, brothers and wildlife explorers Martin and Chris Kratt go under the sea in two new episodes filled with humor, excitement and a whole lot of science. Kids will also be able to explore natural science with the Kratts through new science games and science videos online, and new videos on mobile. In addition, the on-air special will be available on DVD starting January 22.

To kick off the adventure, the Kratts head to the most populated and diverse habitat on Earth — the coral reef — in “Blowfish Blowout.” Then the Wild Kratts decode the secret language of dolphins, among the smartest creatures on Earth, in “Speaking Dolphinese.”

“In ‘Lost at Sea,’ families will go on a creature adventure with Martin and Chris Kratt, trusted guides who bring science concepts to life,” said Lesli Rotenberg, General Manager, Children’s Programming, PBS. “In this on-air special, as kids swim with dolphins and explore the bustling habitat of the coral reef, they will learn important science concepts along the way, such as animal life cycles and methods of communication.”

On-air special:  “Blowfish Blowout” When the miniaturized Kratt bros are swept up and lost in a swath of plankton, they become part of a crowd of fish larvae all headed to the most populated and diverse habitat on Earth — the coral reef. As Aviva and the gang search for them, the lost bros take up residence on the reef alongside a newfound porcupinefish friend, who will hopefully show them how to survive in this fish-eat-fish world until they are rescued. But when Donita shows up searching for a special Sea Crown fit for a fashion queen, the gang must return the favor and rescue their friend.

“Speaking Dolphinese” The Wild Kratts team is on a mission to decode the secret language of one of the smartest creatures on Earth — dolphins! With the help of Aviva’s experimental Dolphin Decoder and two young dolphin tutors, Chris and Martin join a pod and try to speak “dolphinese.” But when their newfound friends are caught in a jam with the dolphins’ only true creature enemy — a hungry shark — the bros are embroiled in a hair-raising rescue mission that tests their new creature language skills.

Online and on mobile: A new online science game, “Dolphin Dive,” is the first PBS KIDS online game to include real animal sounds! In the game, players can extend their experience in learning about dolphin communication, as they help the Kratt Brothers use their dolphin Creature Power Suits to reunite lost dolphin babies with their pod. Kids can earn their own dolphin Creature Power Suit and then explore a new Coral Reef Habitat. Players will encounter amazing sea animals, as they swim alongside a sea turtle and shark. “Dolphin Dive” will launch in the coming weeks, joining WILD KRATTS’ collection of popular science games.

DVD: PBS Distribution will release WILD KRATTS “Lost at Sea” on DVD on January 22, 2013. The DVD is available for preorder now at: http://www.shoppbs.org/product/index.jsp?productId=17014596. Details for the DVD follow:

Produced by the Kratt Brothers Company and 9 Story Entertainment, WILD KRATTS transforms Martin and Chris Kratt, creators of the award-winning KRATTS’ CREATURES and Emmy-winning ZOBOOMAFOO, into animated versions of themselves, allowing the real-life zoologists to visit wild animals in their little-seen habitats and showcase key science concepts along the way. Geared to kids ages 6 to 8, each episode of WILD KRATTS presents age-appropriate science inspired by the natural abilities of the animals that the Kratt brothers — and young viewers — meet. The series premiered on PBS KIDS in January 2011 and is part of PBS’ ongoing commitment to STEM — science, technology, engineering and math — education for kids.

Images and screeners of WILD KRATTS “Lost at Sea” are available upon request or on PBS PressRoom. 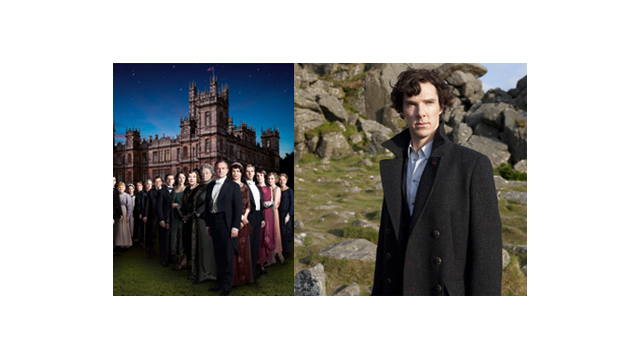