ARLINGTON, VA; April 26, 2012 – PBS unveiled today an expansive summer line-up featuring a diverse array of new programming. Shows premiering this summer include the PBS ARTS SUMMER FESTIVAL, a seven-part celebration saluting arts and culture from the Middle East to South Texas; the debut of MARKET WARRIORS, a major new series that focuses on nationwide treasure hunts for flea market finds; QUEEN & COUNTRY and MICHAEL WOOD’S STORY OF ENGLAND, two shows that highlight British history and tradition just in time for the 2012 Olympic Games; and PBS ELECTION 2012, which includes full primetime coverage of the Republican and Democratic Conventions from PBS NEWSHOUR.

“PBS and our stations will provide a truly amazing range of programs this summer, including an impressive selection of brand new shows,” said PBS president and CEO Paula Kerger. “From showcasing artistic expression and culture with the PBS Arts Summer Festival, to the debut of a major new series on flea market adventures, to in-depth election coverage, the summer schedule is bursting with new content. Plus, viewers can bring PBS with them on vacation this summer with our ever-expanding programming on the PBS Video site and our mobile apps.”

MARKET WARRIORS  Treasure hunters embark on an antiques adventure in MARKET WARRIORS, a new series from the producers of ANTIQUES ROADSHOW, the hit PBS series and forerunner of television’s antiques and collectibles genre. In MARKET WARRIORS, expert shoppers scour flea markets across the country for vintage valuables, selling their finds at auction with an eye towards maximizing profit. In each episode, four pickers travel to different markets across the country to purchase items with a set amount of money, and use their knowledge and skills to see who can make the most profit at auction. Producer: WGBH Boston. Mondays, premiering July 16, 9:00 p.m. ET

QUEEN & COUNTRY and MICHAEL WOOD’S STORY OF ENGLAND The PBS mega-hit MASTERPIECE CLASSIC “Downton Abbey” made all things British hip in America. Amid the 2012 Summer Olympics in London, and following closely on the heels of the Queen’s Diamond Jubilee celebration, PBS presents two new series that focus on Her Majesty and the history of her country.

A CAPITOL FOURTH  Celebrate America’s birthday with A CAPITOL FOURTH, the country’s favorite Independence Day tradition. Featuring unrivaled performances from some of the country’s best-known musical artists and topped off with the nation’s greatest fireworks display, A CAPITOL FOURTH airs live from the West Lawn of the U.S. Capitol before a concert audience of hundreds of thousands. Producer: Capital Concerts. Wednesday, July 4, 8:00 p.m. ET; rpt. 9:30 p.m. ET

FRONTLINEcontinues to present timely, compelling and engaging investigative documentaries that explore the stories and issues of the times, including a two-hour special devoted to the impact of AIDS on the African-American community. Producer: WGBH Boston. Tuesdays, 10:00 p.m. ET

POV Beginning its 25th season on PBS and featuring seven new shows, the award-winning POV (Point of View) is the longest-running showcase to feature the work of today’s best independent documentary filmmakers. Witness the epic story of an exiled Tibetan Buddhist master, hear about a documentary that helped indict a former dictator, take an amusing and touching look at the obsession with romance novels and more. Producer: American Documentary. Thursdays, beginning June 21, 10:00 p.m. ET

Filmed over 20 years by acclaimed documentarian Jennifer Fox, “My Reincarnation” chronicles the epic story of exiled Tibetan Buddhist master Chögyal Namkhai Norbu and his Western-born son, Yeshi. With intimate access to both the family and the Dalai Lama, Fox distills a decades-long drama into a universal story about love, transformation and destiny.

“Endeavour”: The back story to famed detective Inspector Morse; Shaun Evans stars as Endeavour Morse, the rookie constable who plans to resign until a murder occurs that only he can solve. July 1

HISTORY DETECTIVES  HISTORY DETECTIVES celebrates 10 years of tracking down the facts behind the folklore. In the new season, the five inquisitive detectives research an amazing story around the most valuable item in the show’s history — a guitar that may have belonged to Bob Dylan. From a pre-Revolution powder horn to an early transistor radio, the stories behind attic stashes and thrift store finds tell our nation’s story. Producer: Lion Television and Oregon Public Broadcasting. Tuesdays, beginning July 17, 9:00- p.m. ET

About PBS PBS, with its nearly 360 member stations, offers all Americans the opportunity to explore new ideas and new worlds through television and online content. Each month, PBS reaches nearly 123 million people through television and more than 21 million people online, inviting them to experience the worlds of science, history, nature and public affairs; to hear diverse viewpoints; and to take front row seats to world-class drama and performances. PBS’ broad array of programs has been consistently honored by the industry’s most coveted award competitions. Teachers of children from pre-K through 12th grade turn to PBS for digital content and services that help bring classroom lessons to life. PBS’ premier children’s TV programming and its website, pbskids.org, are parents’ and teachers’ most trusted partners in inspiring and nurturing curiosity and love of learning in children. More information about PBS is available at www.pbs.org, one of the leading dot-org websites on the Internet, or by following PBS on Twitter, Facebook or through our apps for mobile devices. Specific program information and updates for press are available at pbs.org/pressroom or by following PBS Pressroom on Twitter. 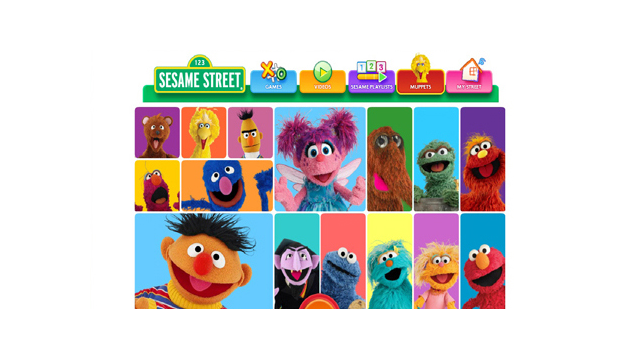