Boston, MA, September 10, 2012—MASTERPIECE, the celebrated PBS drama series known for hit programs such as Downton Abbey and Sherlock, is pleased to announce that Ralph Lauren Corporation is becoming a national corporate sponsor for the series.

It is the first television sponsorship for Ralph Lauren Corporation, a company renowned for perfecting the art of classic American design.

“To have Ralph Lauren choose MASTERPIECE as their first TV sponsorship is an incredible tribute to our series,” said MASTERPIECE executive producer Rebecca Eaton at WGBH Boston, who noted that MASTERPIECE has won six Emmy® awards for Outstanding Costumes. “Their support will help us maintain the standard of excellence that drew them to MASTERPIECE in the first place."

“We are proud to be associated with MASTERPIECE and public television,” said David Lauren, Executive Vice President of Advertising, Marketing, and Corporate Communication, Ralph Lauren Corporation. “This is a great partnership with a brand that represents the same commitment to quality and excellence as Ralph Lauren.”

In designing a collection, Mr. Lauren tells a story through his clothes by drawing inspiration from everything around him, including MASTERPIECE series such as Downton Abbey and Upstairs Downstairs. He has always had a true appreciation for the heritage and romance of England and reflects this through his fall 2012 collection which is about modern glamour inspired by timeless character and refined elegance.

Ralph Lauren’s first on-air sponsorship messages will begin on September 30, with the broadcast of Upstairs Downstairs. The company is planning to create unique spots for the various titles in the MASTERPIECE series.

Recently celebrating its 40th year on PBS, MASTERPIECE is enjoying a significant surge in popularity. Seventeen million viewers tuned into the second season of Downton Abbey, and the viewership for the 2012 MASTERPIECE Classic season showed a 27% gain over 2011.

MASTERPIECE is presented on PBS by WGBH Boston. Rebecca Eaton is Executive Producer.

ABOUT PBS PBS, with its nearly 360 member stations, offers all Americans the opportunity to explore new ideas and new worlds through television and online content. Each month, PBS reaches nearly 123 million people through television and more than 21 million people online, inviting them to experience the worlds of science, history, nature and public affairs; to hear diverse viewpoints; and to take front row seats to world-class drama and performances. PBS’ broad array of programs has been consistently honored by the industry’s most coveted award competitions. Teachers of children from pre-K through 12th grade turn to PBS for digital content and services that help bring classroom lessons to life. PBS’ premier children’s TV programming and its website, pbskids.org, are parents’ and teachers’ most trusted partners in inspiring and nurturing curiosity and love of learning in children. More information about PBS is available at www.pbs.org, one of the leading dot-org websites on the Internet, or by following PBS on Twitter, Facebook or through our apps for mobile devices. Specific program information and updates for press are available at pbs.org/pressroom or by following PBS Pressroom on Twitter.

ABOUT WGBH WGBH Boston is America’s preeminent public broadcaster and the largest producer of PBS content for TV and the Web, including primetime, lifestyle, and children’s series. WGBH also is a major source of programs for public radio, a leader in educational multimedia, and a pioneer in accessible technology. www.wgbh.org 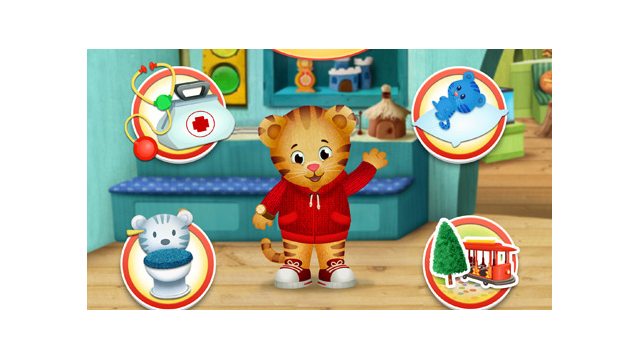