“Public broadcasting has earned bipartisan Congressional support over the years thanks to the value we provide to taxpayers. PBS, our 350 member stations and our legions of local supporters will continue to remind leaders in Washington of the significant benefits the public receives in return for federal funding, a modest investment of about  $1.35 per citizen per year, which include school readiness for kids 2-8, support for teachers and homeschoolers, public safety communications and lifelong learning. PBS is focused on providing high-quality content and universal public service to the American people, which is why we enjoy strong support in every region of the country, in both rural and urban areas, and across the political spectrum.”

Also today, PBS released the results of a nationwide survey that found for the 15th year in a row, Americans named PBS and member stations #1 in public trust among nationally known institutions. The same survey revealed that Americans rank PBS and member stations second only to the country’s military defense in terms of value for taxpayer dollars. 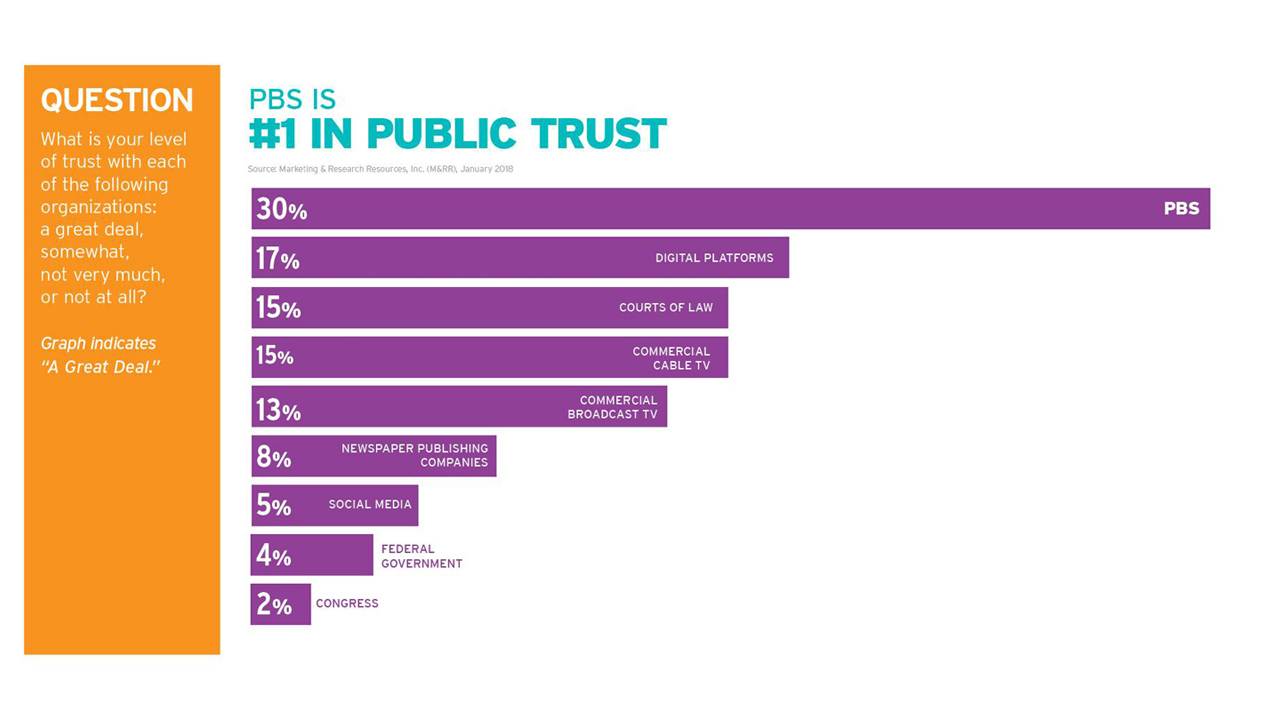