Zoe Nicholson: 'The Springboard of My Courage Was Sonia Johnson' 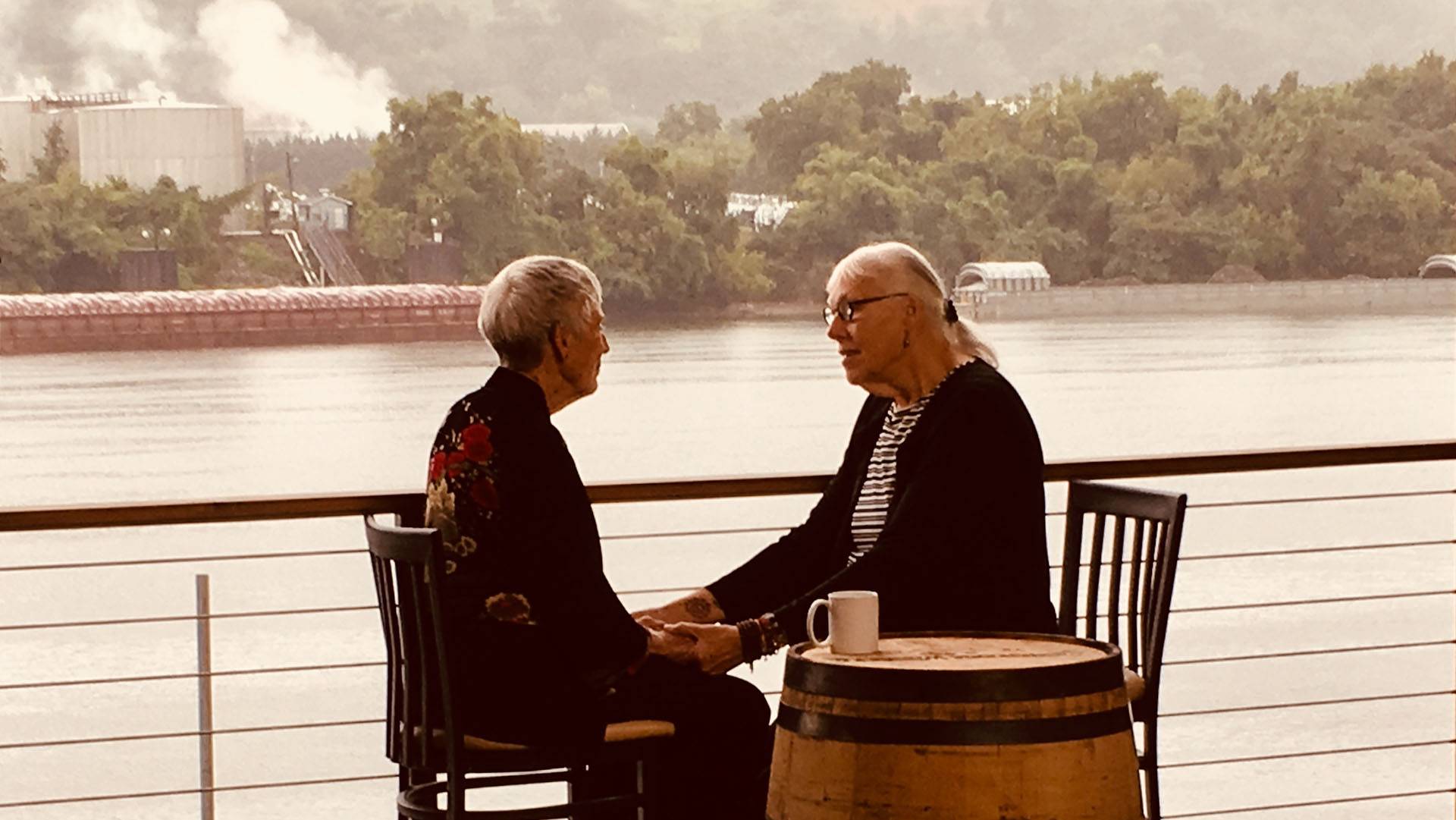 Zoe Nicholson takes PBS through her reunion with Sonia Johnson and her hope for future generations of women following in their footsteps.

PBS: In 1982 you joined Sonia Johnson and a group of women at the state capitol building in Springfield, IL and participated in a hunger strike fighting for equal rights and an amendment to the U.S. Constitution. It wasn't until May 2018 that Illinois finally voted to ratify the Equal Rights Amendment. 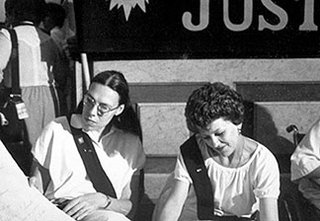 Zoe (left) during her fast in 1982.Courtesy Photo

What was this day like for you decades later?

Zoe Nicholson: It was never a hunger strike. It was a fast. All of us were very dedicated to that. A hunger strike is an attempt to get one’s way; bribery or tantrum. A spiritual fast is an action one does to pierce the heart of the opponents. Gandhi fasted. He was intending to purify the souls of those who oppress.

[May 2018] Illinois ratified the ERA by a slim margin of one precious vote – as Becky Lang influenced her dad, Lou Lang, to make it happen for women and girls. As Alice Paul would say, it is a stone in the mosaic of equality.

My day of elation will be the day Congress rescinds the deadline! That is the final obstacle.

PBS: While on your search, you return to the state capitol building for the first time. Can you take us through that moment for you and how you felt reflecting on those memories? 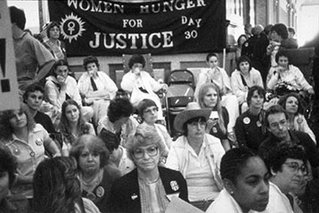 Zoe: Standing on the very spot, where my folding chair was for 37 days, was an avalanche. It was the whole experience in one gesture. Hope, expectation, crowds, Phyllis Schlafly, NOW, women and danger. Silent as I stood in front of the statue representing Illinois women which is in the center of the rotunda. It is a vortex that set my beachhead, my persistent and obstinate commitment to the ERA, my North Star.

PBS: What were you feeling in the days leading up to your reunion with Sonia?

Zoe: Buried in my heart, I knew that the springboard of my courage was Sonia Johnson. This was the person who invited me to be all I was born to be. Every high-risk direct action, every brave remark, every resistance I have ever done, was ignited by Sonia Johnson.

She was my flint, my fuel, my anchor and inspiration. Meeting her was lineage, homage, gratitude. Most people who set my soul afire are long gone. Sonia. I hoped she would be alive. I hoped she would want to see me. I was desperate to tell her what she means to me and what I have done with it. Finally, I asked her to go with me, to sit in the balcony, when the ERA is finally passed. And she said, yes.

Zoe sitting outside the Magic Speller bookshop with friends.Courtesy Photo

PBS: There's a moment during your reunion when Sonia says to you, "We used to say the future is female. Well, the present is now female." What do you hope others take away from your story and friendship with Sonia?

Zoe: I hope with all my heart, that activists and feminists and social justice workers will take responsibility for their lineage. Honor those who lit your torch. Carry your torch high. Light as many torches as you can along the way. We are connected. We have no rest. Equality, Equity, Liberty, Justice; this work crosses lifetimes and is the greatest calling on earth. Sonia and I wish you well.