The books you never read in high school, but should now

As kids, we don’t always read the books we’re assigned, especially in high school. Maybe you skipped over “Wuthering Heights,” “Of Mice and Men” or “The Scarlet Letter.” Maybe you read Cliff Notes or watched the movie.

In my case, there are some especially glaring omissions. Sometimes I ignored the assignments outright (hello there, “Heart of Darkness”). My family also moved so often that I missed all the assigned John Steinbeck.

But years later, in perusing the required reading tables at bookstores, I’ve discovered that these books I missed in high school are some of the best I’ve read, or most important.

This week, the NewsHour asked its staff for recommendations of books often assigned to high schoolers that they picked up years after the fact, and what value they had later on.

In their own words, here are 10 suggestions for those looking for never-too-late reads. Maybe you’ll be convinced to finally read “Moby-Dick,” all 200,000 words of it. 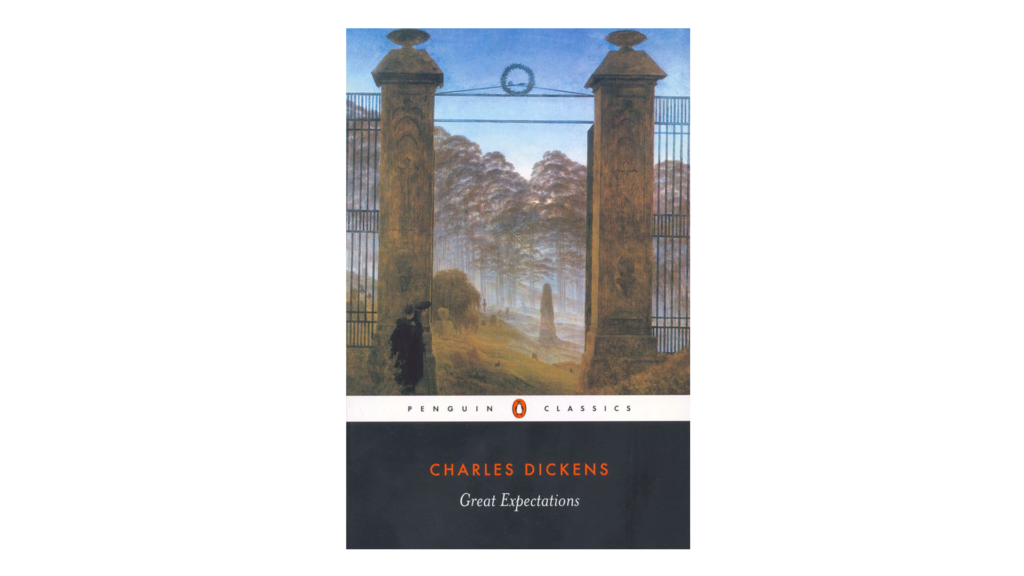 When I first read (or let’s be honest, skimmed) Charles Dickens’ “Great Expectations” in 8th grade, I was distracted by my teenage hormones. The story of Pip and Estella’s sometimes violent, forever smoldering, slow-motion courtship was the only part of the book that stimulated my still-developing brain. Everything else felt old-fashioned, from Mrs. Havishams’ cobweb-encrusted wedding party to Pip’s day job as a blacksmith. But rereading the book out loud with my daughter over the last several weeks, Dickens’ searing insight into class divides and societal inequality couldn’t feel more modern. 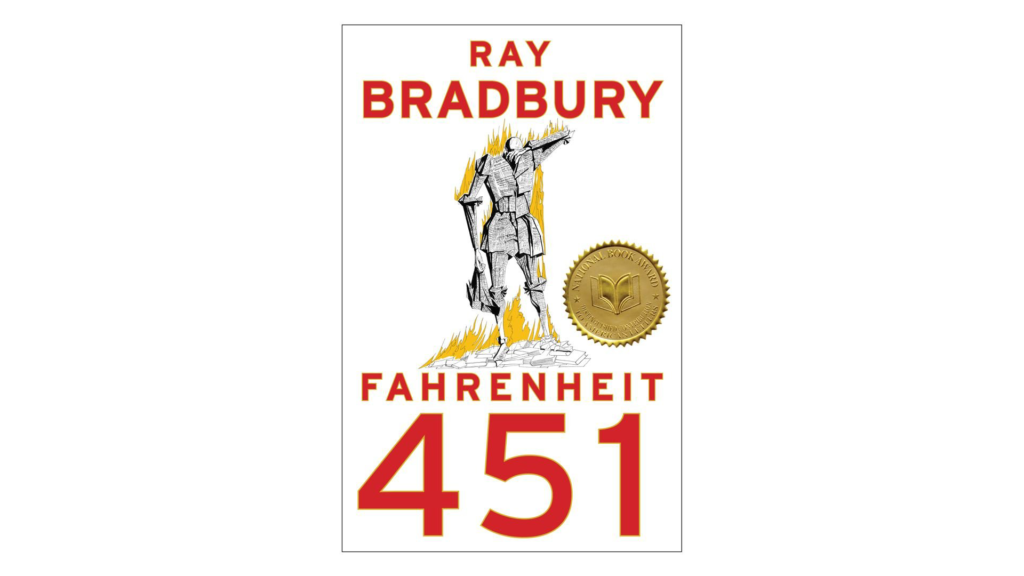 In high school, my English teacher gave the class a long list of books for required outside reading. One book on the list that I didn’t pick up until college was Ray Bradbury’s “Fahrenheit 451,” originally published in 1953. In the novel, firemen are ordered to burn books off the Earth in a government-sanctioned effort to foster an increasingly ignorant TV-obsessed society with no access to classic literature or a chance to mold themselves through the words of those who came before them. Immersing myself in Bradbury’s dystopian society, I felt a profound sense of gratitude that I was simply able to study and unapologetically pursue an education. The story of Guy Montag, a firefighter who rebels against the secret stash of novels he’s charged with burning, is the author’s vision of a future America unable to separate fact from fiction. 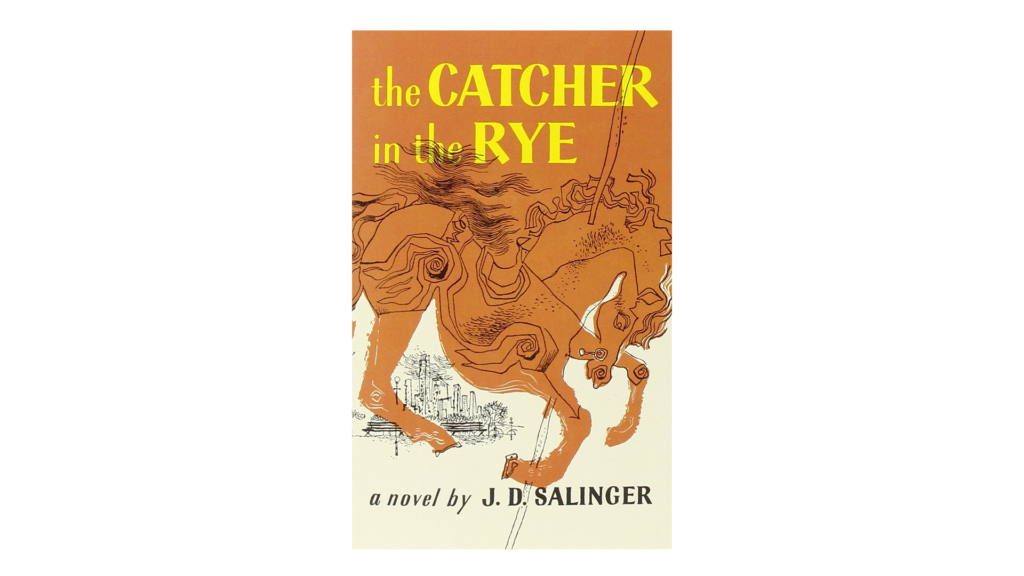 “The Catcher in the Rye” Credit: Little, Brown and Company

“Catcher in the Rye” by J. D. Salinger

I was assigned “Catcher in the Rye” in 12th grade and scanned it for exams, finding myself increasingly irritated with Holden’s first-world problems. Four years later, as an angsty 20-year-old, I picked it up again and the disillusionment, loneliness and confusion Holden felt finally connected. I think I had to disconnect from the safety of high school to understand the commentary on the world the book offered. 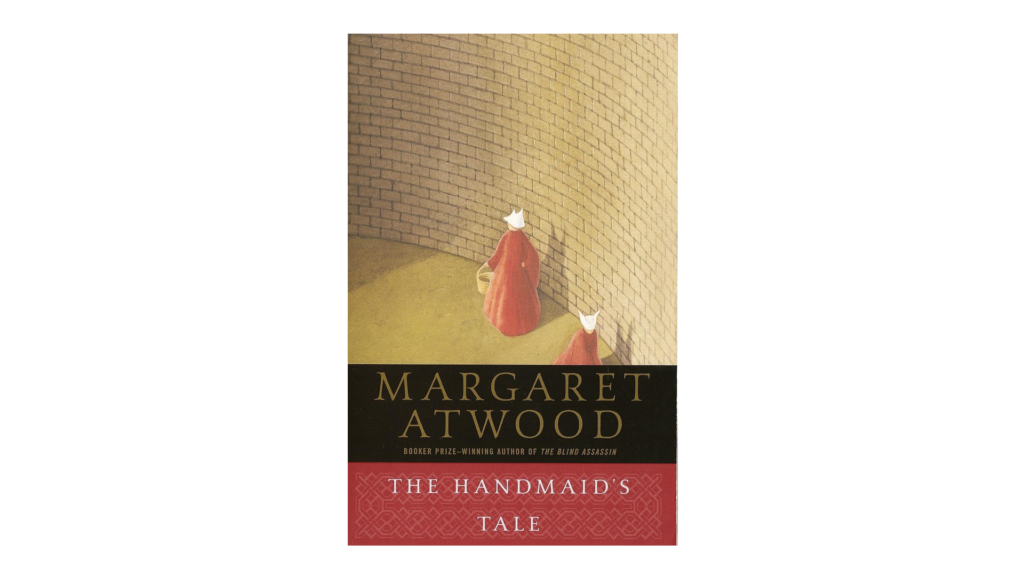 “The Handmaid’s Tale” by Margaret Atwood

I never read Margaret Atwood’s “The Handmaid’s Tale” in high school, but picked it up in 2016 before I knew about the new show on Hulu, which inspired a lot of women to revisit this book. I don’t think I would have appreciated Atwood’s work as much as my naive, high school self, but reading it in 2016 added a political weight to the book that made it incredibly accessible — and frightening. 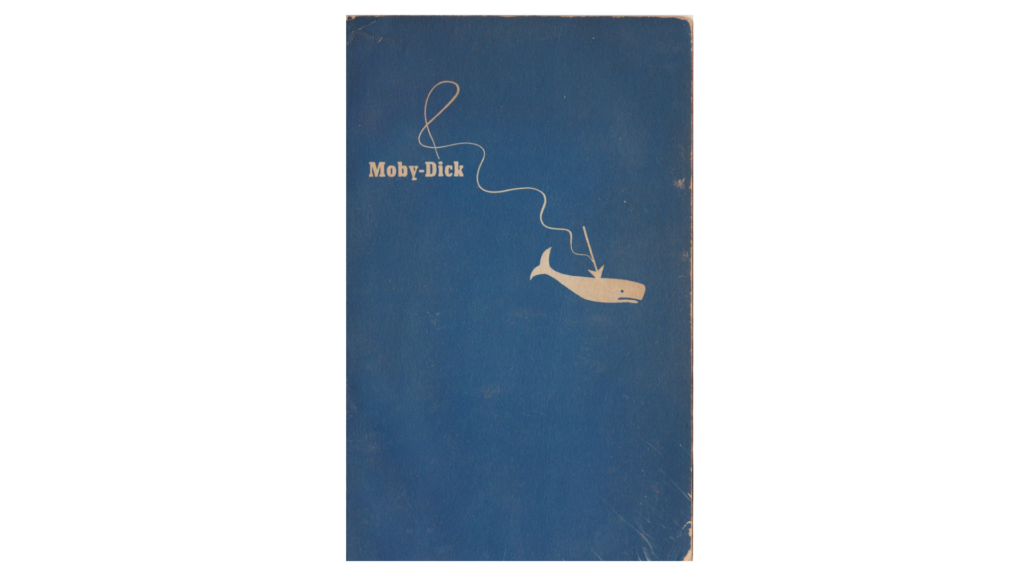 “Moby-Dick: or, The Whale” by Herman Melville

I read “Moby-Dick” a couple years after high school. It has a reputation of being impenetrable, and while it is undoubtedly an old book and could use some trimming -– a 20-plus page chapter on the biology of whales, for example -– it remains one of the best books I’ve ever read. “Moby-Dick” is packed with countless metaphors and tangents, but it’s worth wading through to get to the good stuff. To this day, I have never read a book as quotable or as epic as “Moby-Dick.” It attempts to be a metaphor for humanity and God and nature all at the same time. Somehow, it succeeds. 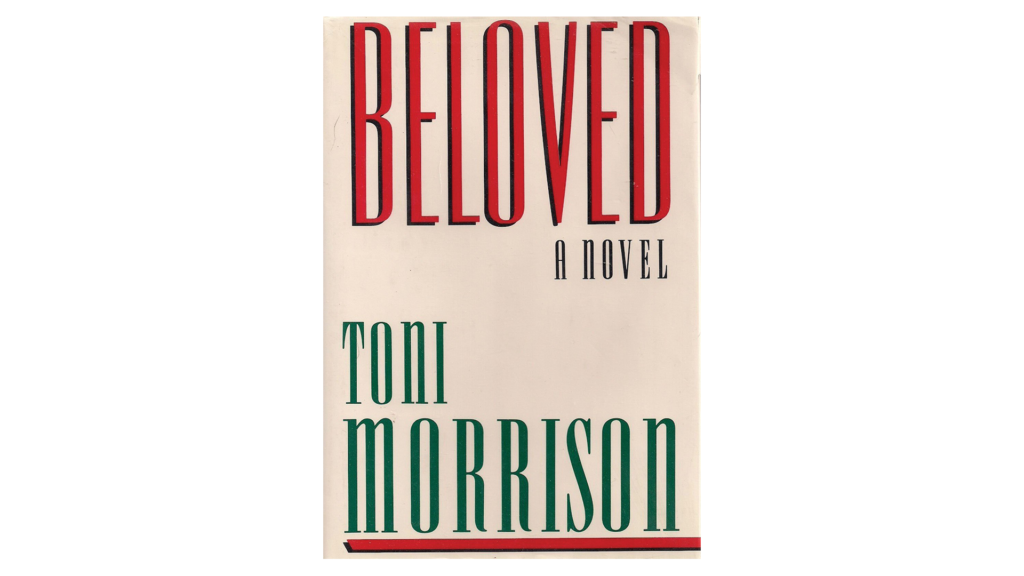 I didn’t read Toni Morrison’s “Beloved” until I was 30. I had been meaning to read it for years, but I never got around to it. I grew up in Virginia, and while slavery was a subject we studied quite a bit in school, it was usually from a textbook and I wish I would have had read “Beloved” while learning about slavery from an academic perspective, which can often diminish the effect it had on the people who lived through it. Though the book centers around interactions with a ghost and tells the story using magic realism, the impact of slavery and racism on the book’s characters resonated with me strongly, and I think it would have helped broaden my understanding of the history of slavery in the United States. 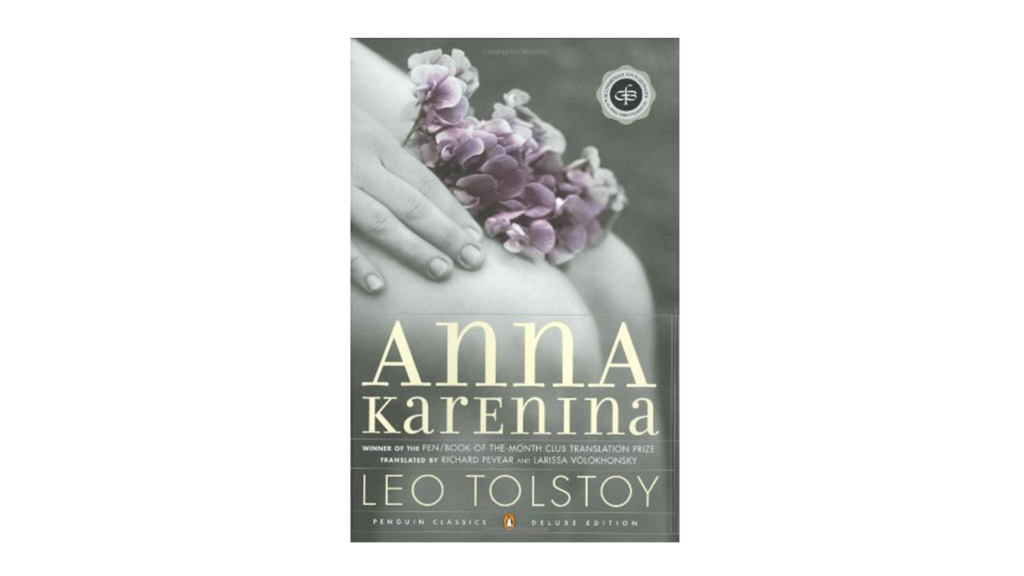 I read “Anna Karenina” this past year. We read a lot of books in high school in which the women were independent and smart, but they also lacked a certain depth. They were tough and spirited in the same way I thought Ariel in Disney’s “The Little Mermaid” was. It didn’t hit me until years later that Ariel changed life forms and left her home forever all because of Eric, who, yes, was really good looking. Anna was a different type of woman. She was complicated and in so much pain. Anna has an affair and then gets jealous because the man she’s having an affair with may have also been having an affair. In the end she does the unthinkable. As time passes, one grows and learns how to judge less. I am glad I read the book when I did. 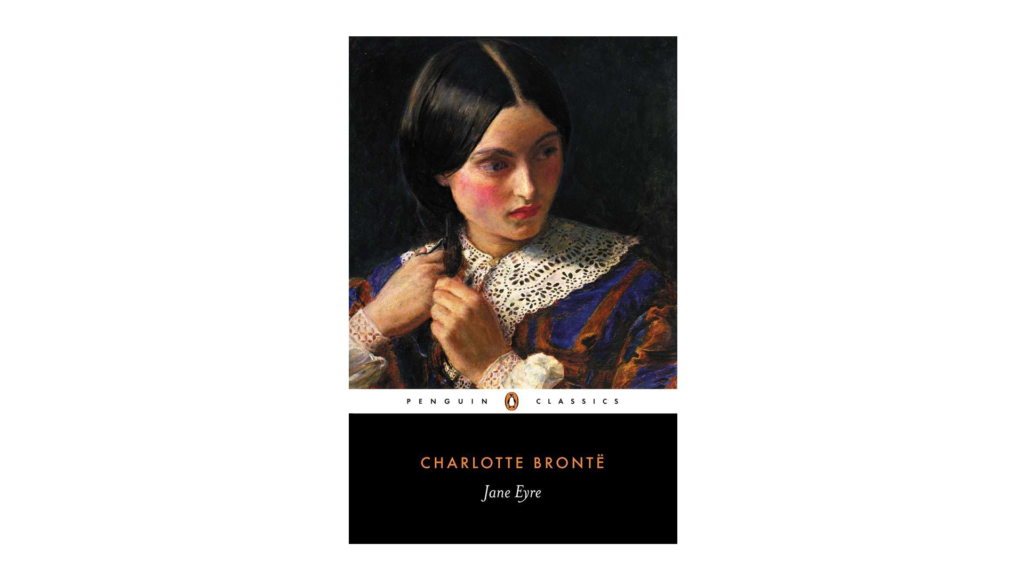 I was an avid reader in high school, but never touched the classics they assigned. I picked up Jane Eyre years after graduation to force myself into classical literature — more out of duty than anything else. I finished it quickly and was profoundly affected by it.

Between the page-turning elegance of Bronte’s style and my personal admiration of Jane’s fierce independence and sense of self, I was convinced I had missed something in the milieu of novels I tossed aside when I was 16. That said, I tried another high school standard (“Pride and Prejudice”) and couldn’t get past the first 20 pages. Jane Eyre remains one of my favorite novels, mostly because I still draw inspiration from Jane’s strength, especially now in a new city and phase of life. But I also find some comfort in acknowledging that not all classics are for everyone — so English Lit wasn’t a total loss. 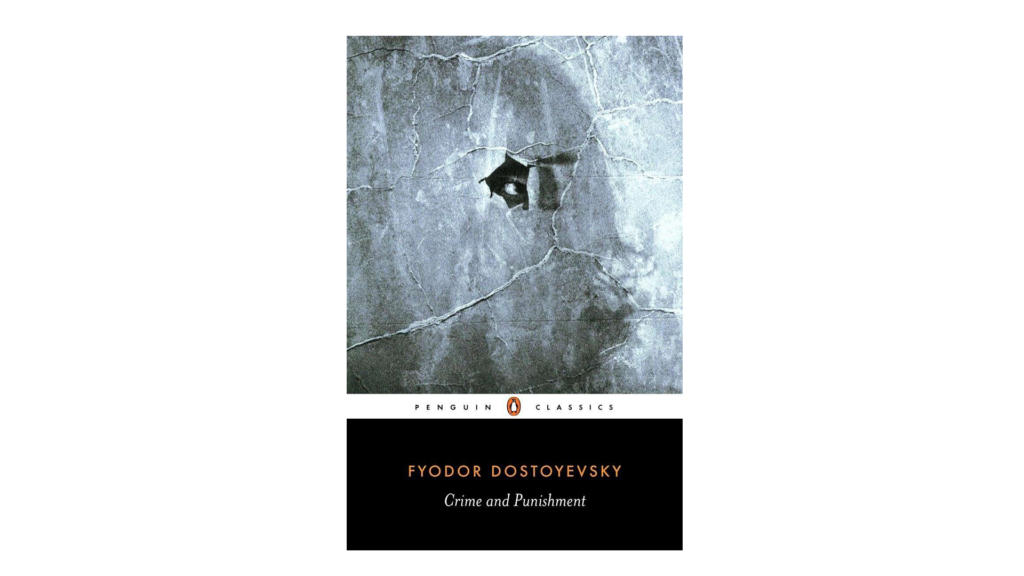 “Crime and Punishment” by Fyodor Dostoyevsky

“It wasn’t a human being I killed, it was a principle! So I killed the principle, but I didn’t step over, I stayed on this side … All I managed to do was kill. And I didn’t even manage that, as it turns out …”

Fyodor Dostoyevsky, one of the standout names of Russian literature, is most known for the novel, “Crime and Punishment,” about the character Raskolnikov’s constant battle with his conscience. The character psychology is so beautifully portrayed that after a while you feel like Raskolnikov has been in your life for years. Another thing that Dostoyevsky does masterly is dramatization, mood and scene descriptions. It is a masterpiece that brings you the same excitement each time you read and reread it. 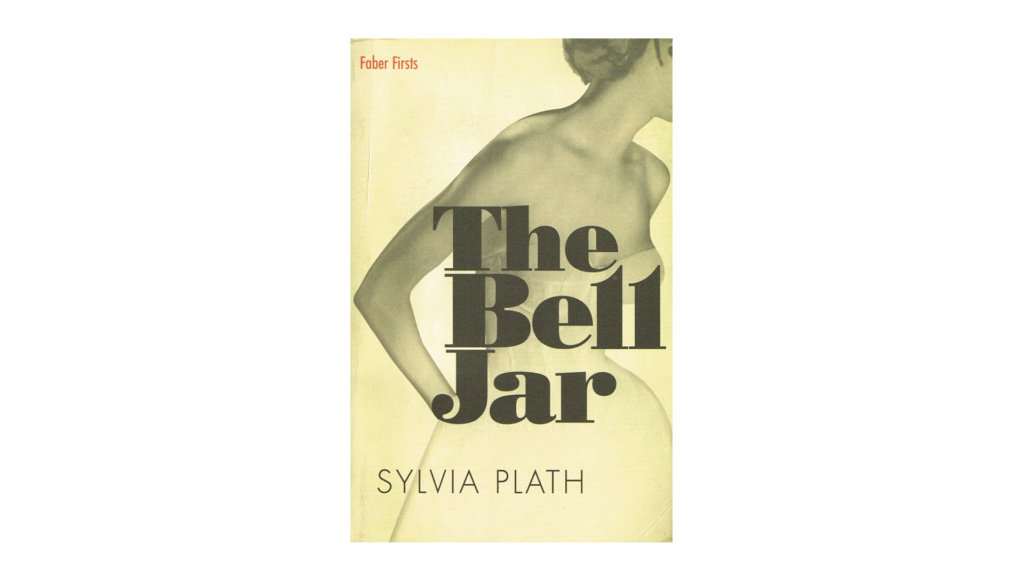 “The Bell Jar” by Sylvia Plath

Midway through my freshman year in college at New York University, I plucked “The Bell Jar” — a book I’d been assigned in high school but never read — from the required reading stacks. Right in the opening lines of Sylvia Plath’s only novel was the character Esther Greenwood saying, “… and I didn’t know what I was doing in New York.”

There wasn’t a lot of overlap between my life and Esther’s, but she described an isolation that was unmistakable in a city I was new to. I also didn’t understand how so many of my peers were jaunting into the College Experience with abandon, while I felt unglued from it all. There was a quiet comfort, such as it was, in seeing Plath’s novel articulate those feelings of gradually being unmoored in a city of more than eight million people. Despite it being an unhappy book, it sprung up at the right time.

In dystopian ‘Handmaid’s Tale,’ a warning for a new generation not to take rights for granted