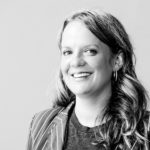 With their summer jobs and internships canceled and anxiety about getting Covid-19 — or just succumbing to boredom — college students have found at least one type of work that they largely can do at home this summer: mentoring even younger students.

Several programs aimed at keeping incoming freshmen on track for college and others that provide tutoring to elementary students are scooping up jobless undergraduates as mentors in relationships that benefit everyone.

One program in New York has hired 80 college students on top of the 120 it usually takes on in the summer; it seeks to help mentor the over 50,000 new graduates of New York City public high schools.

“These college coaches are the people who need this work the most, and also the most qualified to be doing this work,” said Laura Myers, associate director of college counseling initiatives at the City University of New York, whose College Bridge for All program is part of an effort to support the more than 50,000 new graduates of New York City public high schools.

That takes a lot of people. College Bridge for All, which launched in 2016, has hired 80 CUNY students on top of the 120 it normally takes on in the summer, at $17 an hour, and given many of them bigger-than-usual caseloads, Myers said. The expansion began in mid July and the coaching will continue through September.

One of the program’s principal goals is to prevent “summer melt,” an annual phenomenon in which students who enroll in college in the spring fail to show up in the fall. This summer, CUNY college coaches are helping students fill out financial aid forms, enroll in classes, cope with changing campus scenarios for the fall and, for some late deciders, apply for admission.

Up to a third of high school graduates who plan to pursue higher education never do, the U.S. Department of Education says. Many are low-income or their parents never finished college.

With the disruptions caused by the pandemic and the financial downturn that’s resulted, experts are predicting worse-than-ever summer melt this year.

Other programs employing college students, such as the Tennessee Tutoring Corps, are focused on the dual purpose of providing employment for college students and helping to prevent “Covid-19 slide” among kids in kindergarten through grade 6 who have been out of their classrooms since March.

Related: Parents are panicking, giving up their careers and spending thousands of dollars on piecemeal solutions for the school year

Yale sophomore Jonathan Oates found himself back home in Knoxville, for example, when a study abroad trip to Spain and a job at a summer camp both got canceled.

“I had no second option lined up,” Oates said.

So he applied to the Tennessee Tutoring Corps. The program hired 600 college tutors to work with three to five elementary school kids apiece — in person, though at a social distance — at local Boys & Girls clubs.

He especially enjoys helping fourth graders with their reading, Oates said. “I’m really glad that the program exists for college students, and of course the kids are benefiting a lot from it.”

The Indiana Commission for Higher Education used the Tennessee Tutoring Corps as a model when it gave $135,000 to 11 higher education institutions and community partners to help curb summer melt; some of that money is going to college students to tutor incoming college freshmen.

Jarod Wilson, director of postsecondary outreach and career transitions at the commission, said the Tennessee program’s focus on reducing summer learning loss stood out. “While we were focusing on a different age group, the end result is the same — making sure that students had the support necessary to easily step into their next level of learning,” he said.

Up to a third of high school graduates who plan to pursue higher education never do. Many are low-income or their parents didn’t go to college either.

These mentoring and tutoring programs not only provide professional experience, but also income that many young people critically need right now. At CUNY’s College Bridge for All, “a lot of coaches are really key to supporting their family both financially and emotionally,” Myers said.

On any given day this summer, CUNY junior Nataly Toro goes through a rotating list of around 20 of the 300 recent New York public school system graduates she is being paid to mentor.

“I’m very big on phone calls,” she said. “I want to make sure [the students] know I’m here for them, and also just to check up on them and see how they are.” 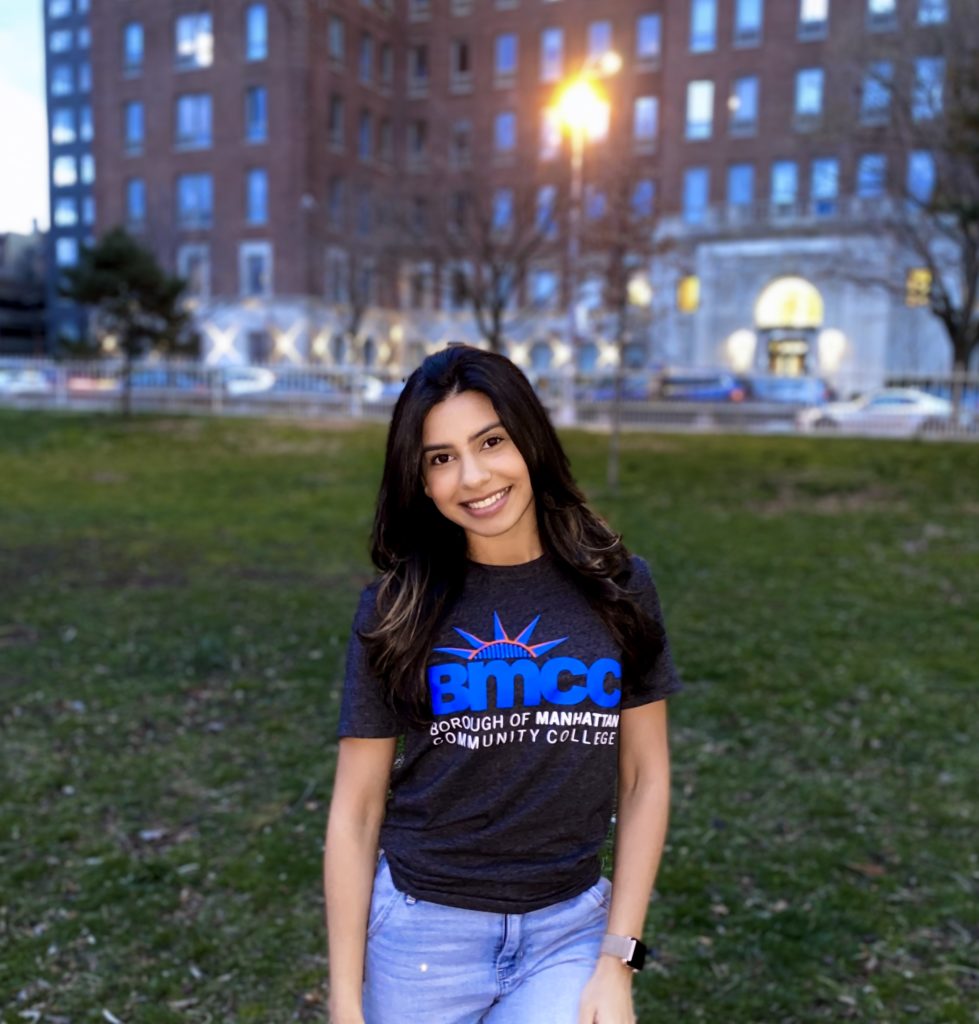 Nataly Toro is a junior at City University of New York who is being paid to mentor 300 New York City high school graduates this summer. “I want to make sure they know I’m here for them, and also just to check up on them and see how they are,” she says. She saves half her paycheck and uses the rest to help her family. Courtesy: Nataly Toro

Toro said she had another job offer, but prefers the advantage of being able to work remotely. “This is one I get to do from my house and keep myself safe — as well as my family and the kids.”

She saves half her paycheck and uses the rest to help out with bills at home.

Many coaches, like Toro, are graduates of the New York City public schools and understand what their younger counterparts are up against. Advisees can be inspired by “seeing people like them go to college, succeed in college and come back and share that experience,” said Myers.

One of Toro’s advisees is Kevin, a 20-year-old from El Salvador — he asked that his last name not be used because he is undocumented — who is planning on attending a CUNY community college in September and wants to become a firefighter. Toro helped him register for classes and fill out the state financial aid application for undocumented students.

“I had never had experience with that and no one had helped me,” Kevin said in Spanish.

College senior Magdala Boco is taking a psychology class this summer at Queens College while she works 30 hours a week as a coach for College Bridge for All. Without the program, “I wouldn’t be doing anything else, other than me being in school right now,” she said.

Julieta Garcia, who will be a junior at Columbia University, is working for a nonprofit called Matriculate that pairs college students like her with low-income, high-achieving high school kids they serve as mentors.

If she wasn’t doing that, Garcia said, she would be waitressing this summer in her home state of Texas. “It is super cool that I can get experience in nonprofit and education work while all of this is going on and limit my exposure by working from home,” she said. And the money is helping her pay for college.

In the upcoming academic year, Matriculate will be increasing its roster of college student leaders from 65 to 100, each paid $1,500 a semester, as it expands the number of high school students it advises from 2,000 to 3,000, according to Rebecca Wasserman, chief program officer. The organization is also in the process of hiring several college students to work part-time with recent grads for the rest of the summer.

Garcia said that both of the students she mentors are first-generation and come from families with low incomes, just like her. One is a high school student who is also from Texas and also Mexican American. “It’s a really good opportunity because she told me I’m the only person in her life that she feels like she can aspire to.”

That student is Ithzel Rubio, a rising senior at La Vega High School in Waco. Her parents didn’t finish high school, and her high school counselors are mainly focused on helping students with scheduling and addressing behavioral issues, Rubio said. “If it weren’t for Julieta, I wouldn’t have anyone else to turn to right now,” she said. 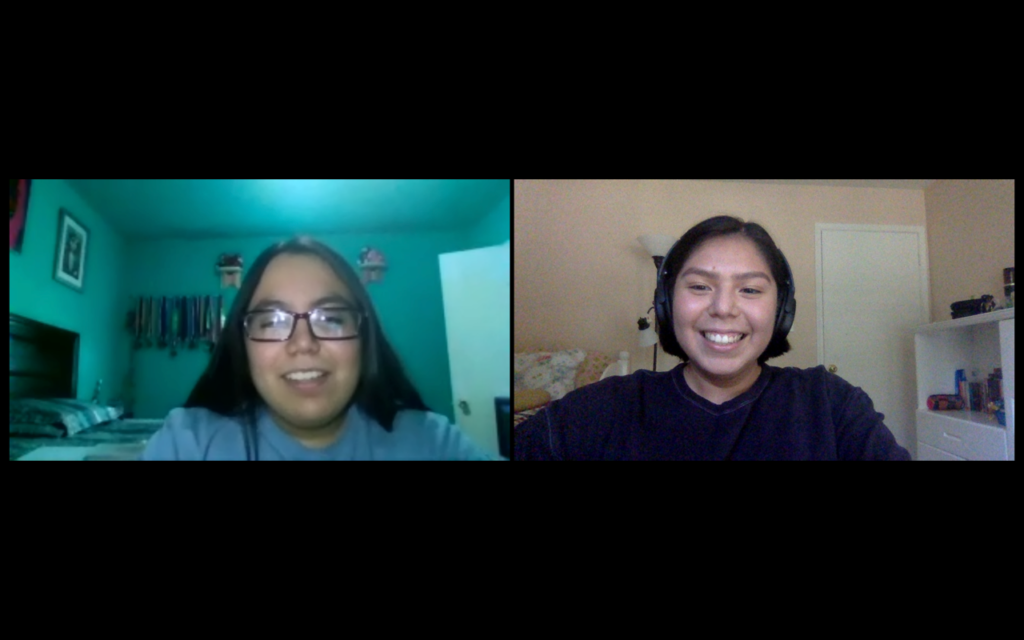 Related: How COVID-19 has made some colleges question the academic calendar

Some of these mentoring jobs are also going to people who recently graduated college but are entering the workforce in the midst of massive unemployment.

James D’Haiti, who finished his sociology degree at Sonoma State University in California in December, is an incoming fellow at 10,000 Degrees, a college success nonprofit based in the Bay Area. There, he said, he knows he’ll have a meaningful full-time job for at least the next two to three years, which is not the case for many of his peers in this tough job market. He’ll be a college advisor for high school students at San Francisco’s Balboa High School, where most students are Black or Hispanic.

“I’m blessed in the sense that … I had something coming out of school,” he said. It’s “a great platform to start my professional career.”

It’s also important for high school students to see that people who look like them and come from similar backgrounds have successfully earned degrees, said D’Haiti, who is Black.

That impact of these so-called near-peer programs goes beyond the short time mentors and mentees work together.

“It is super cool that I can get experience in nonprofit and education work while all of this is going on and limit my exposure by working from home.”

They also help build a college-going culture, according to Myers. In a sense, she said, these newly minted coaches “will be doing college advising for the rest of their life, because they will be talking to a cousin, or a nephew or someone who wants to go to college someday and they know how to navigate the system.”

Some college students have even found a new vocation. When Nick Caracci started at the New York City College of Technology, he wanted to study construction management. Now, because of his experience as a CUNY college coach, “I changed my whole game plan,” he said. He’s switched his major to psychology and is planning to pursue a master’s degree in school counseling.

One of the high school students he mentors is 17-year-old Jessica Rodriguez, who just graduated from Queens Metropolitan High School and will be attending Queens College in September.

“I know that we’ve been on the same path, and he’s gone through what I’m constantly going through,” she said of Caracci.

Caracci’s experience with College Bridge for All has come full circle. Two years ago, he was a participant in the program.

“I wasn’t 100 percent prepared” early on, he said, but thanks to CUNY’s college coaches, “I was ready to go on my first day. And I wasn’t going to be part of the summer melt.”

Now, he said, if he has anything to do about it, neither will his mentees.

This story about summer melt was produced by The Hechinger Report, a nonprofit, independent news organization focused on inequality and innovation in education. Sign up for our higher education newsletter.

Left: Julieta Garcia, who will be a junior at Columbia University, is working for a nonprofit called Matriculate that pairs college students like her with low-income, high-achieving high school kids they serve as mentors. “It is super cool that I can get experience in nonprofit and education work while all of this is going on and limit my exposure by working from home,” she says. Courtesy: Julieta Garcia

Charlotte West is a freelance journalist who covers education, criminal justice, housing, and politics. Her work has appeared in national publications such as The Hechinger Report, the Washington Post, Teen Vogue and NBC. She is a member of the Education Writers Association and was a 2019 Kiplinger Fellow.

As the pandemic upends higher education, is residential college worth the cost?