Police killings of unarmed black Americans negatively affect the mental health of black adults in the states where the fatal incidents occur, according to a study published Thursday.

The report, published today in British journal The Lancet, focused on the mental well-being of black adults who are not directly involved in acts of police violence, adding to a body of research that suggests the killings are “a public health issue,” said Dr. Atheendar S. Venkataramani, one of the study’s lead authors.

There are already studies that explore the adverse effects of police killings on the mental health of black Americans, including those that examine how police violence slowly kills black women “through trauma pain and loss” in the years after an encounter with an officer. And activists have long voiced concerns over black trauma following the shooting deaths of Tamir Rice, Rekia Boyd and Freddie Gray, and from grisly images and live Facebook videos of fatal encounters that are widely shared on social media. 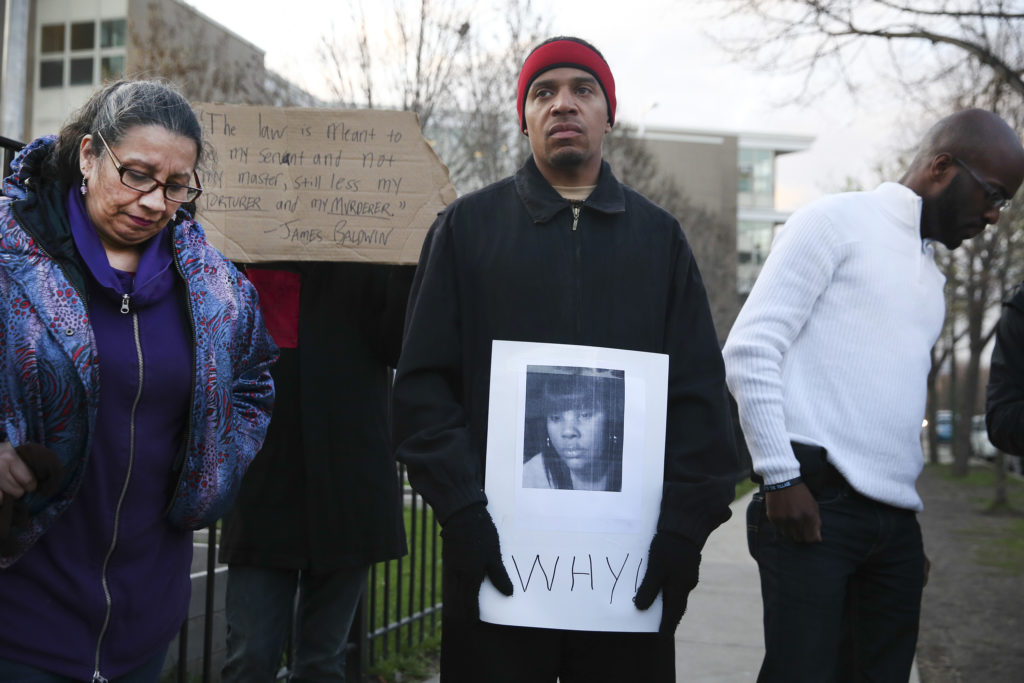 The Lancet study, however, aims for something broader: a better sense of how police violence is felt on a population level. Researchers used self-reported responses from a national mental health survey and data from a police shooting database to compare the effects on mental health of black adults months before and after a police killing.

What they found was a “substantial” impact of police killings on the mental well-being of black Americans in the states where the police violence happened, said Venkataramani, assistant professor of health policy at the University of Pennsylvania.

The study shows “that having a reminder of structural racism and its pervasiveness is something that gets under the skin to influence the mental health of black Americans,” Venkataramani said.

The doctor added that the team’s findings add to the growing body of evidence that policymakers should act accordingly to mitigate these harmful effects when police shootings occur.

Venkataramani worked along with several other researchers to analyze the hundreds of thousands of self-reported responses from the Behavioral Risk Factor Surveillance System, a national survey conducted by the Centers for Disease Control and Prevention every year.

The BRFSS is a telephone survey that randomly selects more than 400,000 U.S. adults each year to ask them a set of brief questions about their health.

Researchers in the Lancet study looked at responses from black Americans about their mental health in states where a police killing of an unarmed black American had occurred up to three months before the survey. Those responses were then compared with the shootings collected by the national Mapping Police Violence database. Here’s what they found:

What about white Americans, and other notable findings

For white Americans, no negative health effects were found among the more than 950,000 adults who responded to the BRFSS survey. Researchers wanted to get a sense of whether white Americans were substantially affected by these incidents, but they did not find any impacts for that group, Venkataramani said.

The team also found that the police killings of armed black Americans had little effect on the mental health of black or white adults.

Venkataramani said police killings of unarmed black Americans has a “very specific interpretation” in the U.S.

“The fact that the victim was unarmed evokes a lack of justice, a sense of unfairness,” and the study’s results underlines the U.S. history of structural racism and state-sanctioned violence against black people.

“I think it wasn’t so surprising to us as it was so striking,” he said.

Since this is a population-based study, there are some limitations to the data the researchers gathered. How exactly each person who responded to the survey was exposed to a police killing in their state — a news report, word of mouth, etc. — is not known.

The degree to which these killings hurt a person’s mental health was not specifically covered by the CDC survey questions. And the study also covers a short window of time after the shootings; more localized studies have looked into the long-term mental health effects of racism on a given group of people. 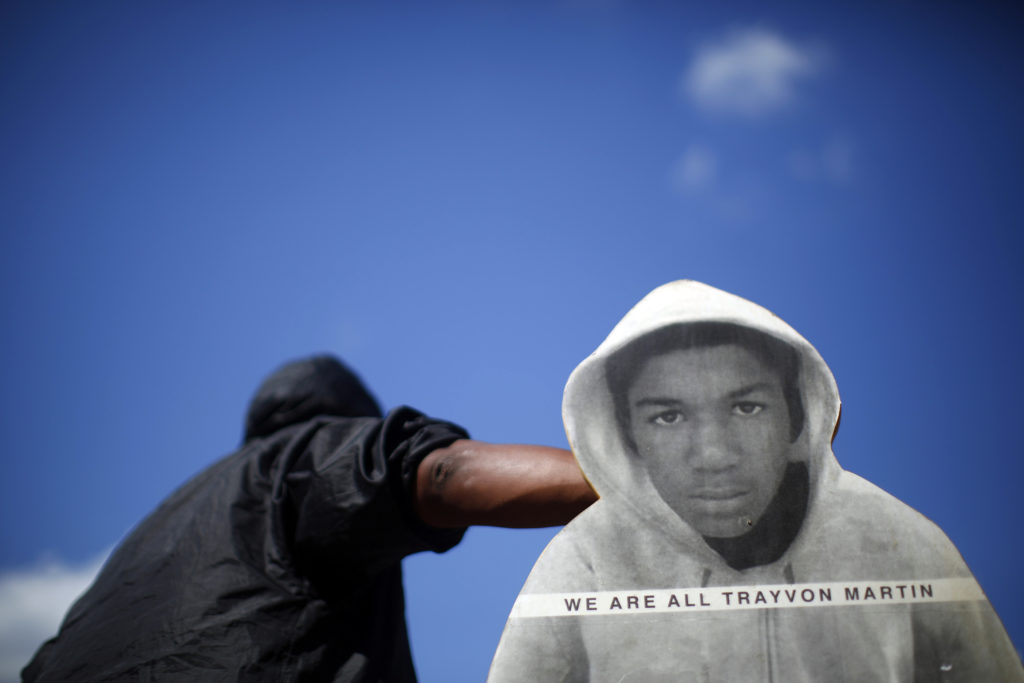 A man holds up a cardboard cut out of Trayvon Martin at a 2013 rally in reaction to the acquittal of George Zimmerman in New York. Photo by Eric Thayer/Reuters

The study also doesn’t account for the amplification by news and social media of a specific incident. For instance, the data gleaned for this study may have given a look into the negative effects the 2015 death of Freddie Gray had on the state of Maryland, but isn’t able to account for the influence the 25-year-old’s death had on black adults elsewhere in the country.

The study also doesn’t measure the impact of police violence against Latinos and Native Americans, something Venkataramani said he hopes other studies look into.

“We’re looking at one sliver of what might be an indication of structural racism, but we don’t know the totality of what structural racism influences help,” he said, adding that the team’s research may even underreport the effects racism has on the mental health of black Americans.

Christen Smith, whose work has looked into the effects of police violence on black people in Brazil and the U.S., said informal conversations among black Americans ever since the 2012 death of Trayvon Martin have indicated that police killings affect the black community writ large.

“Whenever we see a study that confirms some of the suspicions and kind of colloquial information that we have from the black American community, then that’s something that tells us that we’re on a path toward healing and really trying to address this issue,” said Smith, associate professor of African and African diaspora studies and anthropology at the University of Texas at Austin.

Smith, who said she was “excited” by the study’s work, thinks it’s worth noting that the research was done at the height of news coverage of several high-profile police killings.

“I think that the trickle-down effect from the national outcry around police violence and the black community is really just now getting to point where people are starting to be able to get the funding and set up the research in order to do this work,” Smith said.

Now is the time to see similar studies start bubbling to the surface, she said.

Left: A man walks past a mural of Freddie Gray in the Sandtown-Winchester neighborhood of Baltimore, Maryland. Photo taken December 2015. Photo by Bryan Woolston/Reuters

Police use of force not always black and white