ATLANTA — As more states begin to relax their coronavirus lockdowns, most are falling short of the minimum levels of testing suggested by the federal government and recommended by a variety of public health researchers, an Associated Press analysis has found.

Three months into an unprecedented public health emergency, the White House has largely resisted calls for a coordinated plan to conduct the millions of tests experts say are needed to contain the virus. What federal officials outlined recently isn’t even an official benchmark, and AP’s analysis found that a majority of states are not yet meeting it.

With no specific guidelines, states are left to figure out what a successful testing program should be while they simultaneously try to reopen their shattered economies. If states don’t have robust testing, public health experts say they will be unable to detect outbreaks quickly enough to contain them, which could lead to more shutdowns. 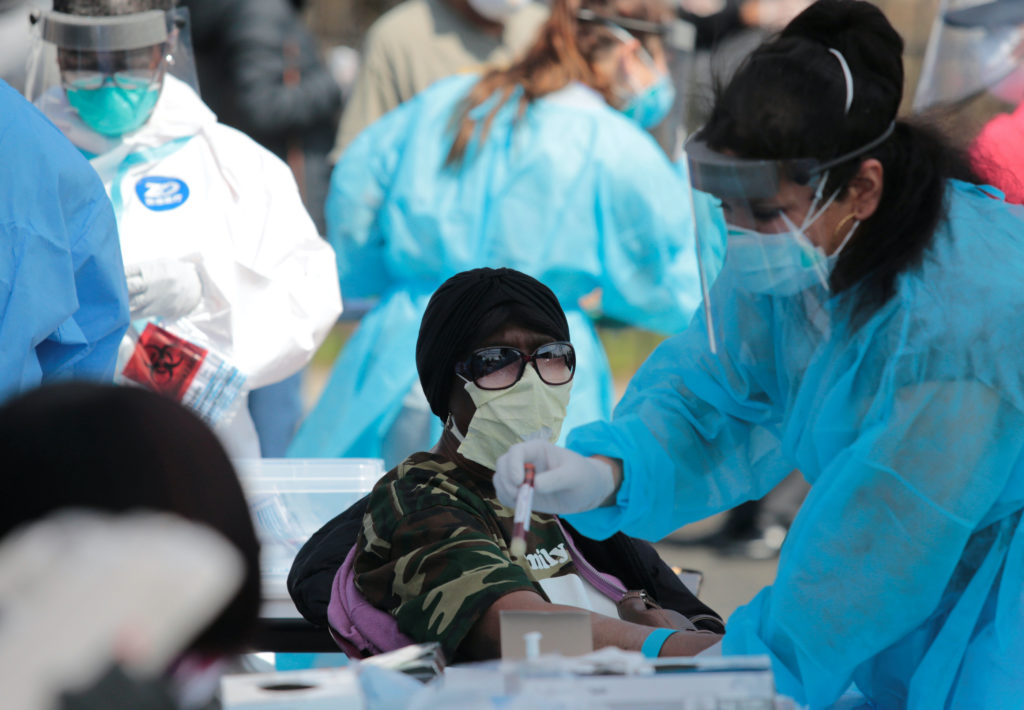 A Detroit resident is tested for free for the coronavirus disease (COVID-19) and antibodies at the Sheffield Center in Detroit, Michigan, U.S., April 28, 2020. REUTERS/Rebecca Cook

In many states, testing has been limited to hospitalized patients, high-risk individuals and front-line workers. But most public health experts agree that containing the virus will require a massive expansion of testing that eventually includes millions of patients without symptoms, which is not happening now.

A testing blueprint released Monday by the Trump administration lacked any metrics state officials could use to make informed decisions. Instead, the document made clear that states are responsible for testing, saying the federal government is the “supplier of last resort.”

The closest the White House has come to issuing a benchmark does not actually appear in the document. At a recent briefing, senior administration officials said the government would provide each state with enough tests, swabs and related materials to screen at least 2.6% of their populations in May and June. Those hit harder by the outbreak would be eligible for additional assistance.

It was unclear how the 2.6% figure was reached. When asked about it, officials with the U.S. Department of Health and Human Services described it as 2% of state populations per month without explaining the discrepancy. Officials also did not respond to questions about whether the administration has a target for how many daily tests should be done nationwide or when it would issue more details. 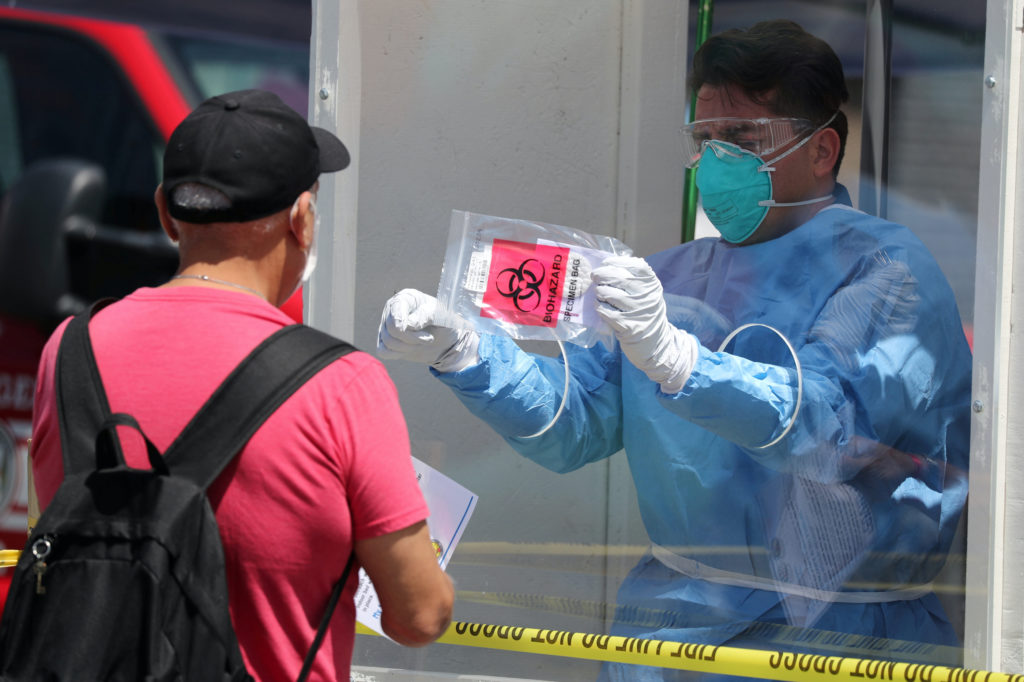 Only about 40% of states currently meet even the 2% testing threshold, according to AP’s analysis. The percentage is expected to rise as states increase their testing capabilities. The AP based the monthly testing rate for each state on the average number of new daily tests over the most recent 7 days. The data is from the COVID Tracking Project and includes counts up to April 30th.

A White House spokesman said Friday that the administration’s testing threshold is only a suggestion and that states are ultimately responsible for deciding how to reopen in a “safe and responsible manner.” The administration says it is working to expand testing and has been highlighting plans first announced in March for additional testing sites at retail pharmacy chains.

States that do not meet the administration’s testing guidance, based on their current screening rates, include some that have been moving into the early stages of reopening, such as Colorado, South Carolina and Texas. Georgia, which has moved aggressively to ease restrictions and lift its stay-at-home order, is just under the 2% threshold. 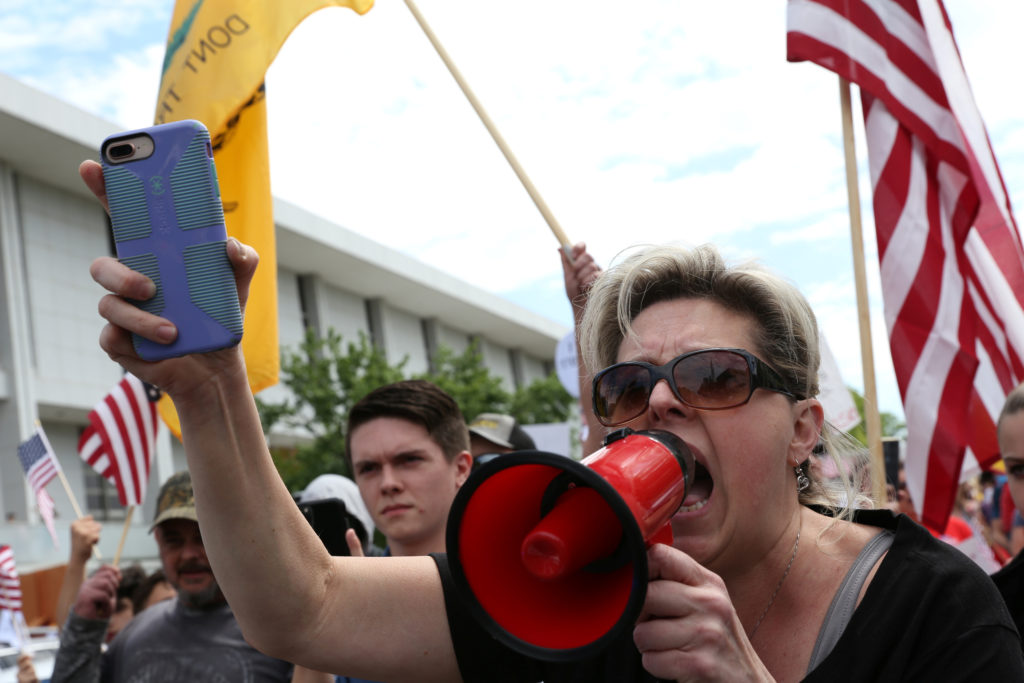 A protester shouts slogans at a ReOpenNC rally against the state’s shut down to prevent the spread of coronavirus disease (COVID-19) in Raleigh, North Carolina, U.S., April 21, 2020. REUTERS/Rachel Jessen

Louisiana and Kansas, where Republican lawmakers have been putting pressure on Democratic governors to reopen, are falling short, according to the AP analysis. In Kansas, the governor and top health administrator expect to reach the 2% mark this month.

Florida, which announced its first phase of reopening will start next week, also falls short but has said it will be able to test 30,000 to 40,000 people a day if needed. Michigan, where the Republican-led legislature has sued the Democratic governor over the state’s stay-at-home order, is on track to test 2.2% of its population.

Former health officials and experts were critical of the testing blueprint and said the 2.6% or 2% population metric was too vague and didn’t take into account guidelines from the Centers for Disease Control on who should be tested.

“Why don’t they say, ‘We’ll test everybody with any symptoms of coronavirus and all their contacts?’” said Dr. James Curran, a former assistant U.S. surgeon general who worked at CDC for 25 years. “If that amounts to 2% that’s fine, but the guidelines are not to test 2%. The guidelines are to test who needs it.”

Many experts already say the national testing rate falls short of what is needed to safely ease social distancing guidelines.

Researchers at Harvard have calculated that the U.S. needs to be testing roughly 500,000 people per day before considering easing restrictions this month. That’s a nearly 150% increase from the recent daily tally of approximately 200,000 tests.

“I’ve described it and I still describe it as an absolute bare minimum,” said Ashish Jha, director of the Harvard Global Health Institute.

More than half of states are not testing their populations at the daily rate recommended by Jha and his colleagues. The Harvard team developed their statistics in mid-April and noted that projections for U.S. cases have increased since then.

Many states hardest hit by the crisis failed to reach the team’s testing recommendations, even if they were already testing more than 2% of their populations, according to an AP analysis using state-by-state figures provided by Harvard. States falling short of the Harvard numbers include many of the epicenters of the outbreak, including New York, New Jersey and Massachusetts.

Jha and his colleagues based their testing targets, in part, on the number of tests needed to screen enough people to push positive results below 10%, the level that the World Health Organization considers sufficient to contain the outbreak. More than 16% of U.S. tests nationwide are positive for the virus, according to figures compiled by the COVID Tracking Project website. That compares with a rate of about 3% in South Korea, a country praised for its aggressive testing.

Former CDC director Tom Frieden has recommended double the current testing levels. He said the U.S. should be testing at minimum 400,000 people a day. 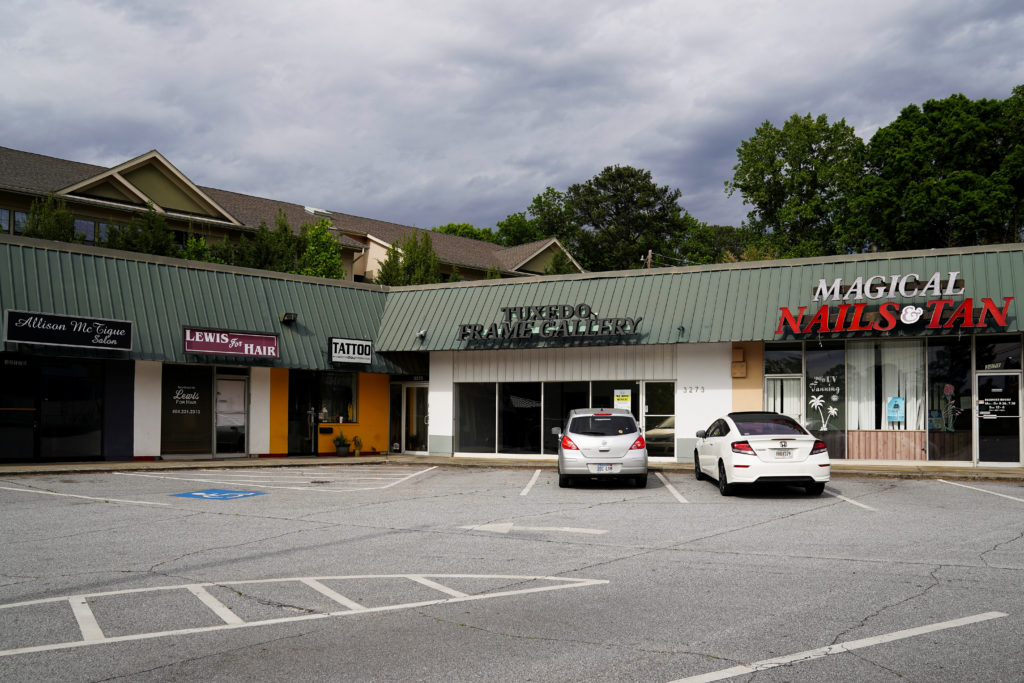 Closed nail and hair salons and a tattoo parlor are seen days before the phased reopening of businesses and restaurants from the coronavirus disease (COVID-19) restrictions in Atlanta, Georgia, U.S. April 22, 2020. All three are among the types of businesses allowed to reopen to the public on Friday. REUTERS/Elijah Nouvelage

Officials in at least 20 states have indicated their testing capacity is not adequate and said they are taking steps to address this, according to a review by the AP. But there is little consensus among states on how many people should be tested or whether that should include those with no symptoms.

Georgia, where in-person dining at restaurants is now permitted with restrictions, has not said how many people it would like to test but recently touted its ability to test over 20,000 people on a single day and has encouraged more people to get tested. New Jersey, which has a slightly smaller population and a higher number of COVID-19 cases, has said it would need to conduct 20,000 to 30,000 tests a day to reopen.

Ohio wants to increase testing from 7,200 per day to 22,000 by May 27. Washington state, which has seen one of the largest U.S. outbreaks, has reported averaging 4,650 tests a day and wants to do more than 22,000 but lacks the necessary supplies.

Most states have convened advisory panels to help in setting guidelines, but they run the gamut in terms of expertise and will result in a patchwork of policies that experts say may be ineffective in containing a virus that doesn’t respect state borders.

“Treading water on testing is not going to get us out of this,” said Jeremy Konyndyk, a disaster preparedness expert who helped lead the Obama administration response to Ebola.