Volker, the former special envoy to Ukraine, was one of several U.S. diplomats who exchanged text messages about getting Ukraine to investigate potential interference by Ukrainians in the 2016 election and Burisma, the company that employed former Vice President Joe Biden’s son Hunter. Democrats also made all the text messages Volker provided to House committees public on Tuesday.

Republicans have provided no evidence of Ukrainian election interference or wrongdoing by the Bidens.

In Volker’s opening statement released last month, he told House lawmakers that “at no time” did he take part in an effort to pressure Ukraine to investigate Joe Biden, who is running for the 2020 Democratic presidential nomination.

House Democrats are making public transcripts of the interviews they have conducted with people who they believe can provide more information about a phone call in which President Donald Trump asked Ukraine’s president to investigate the Bidens. The documents are being released as the impeachment inquiry enters a new phase, which will include open hearings. 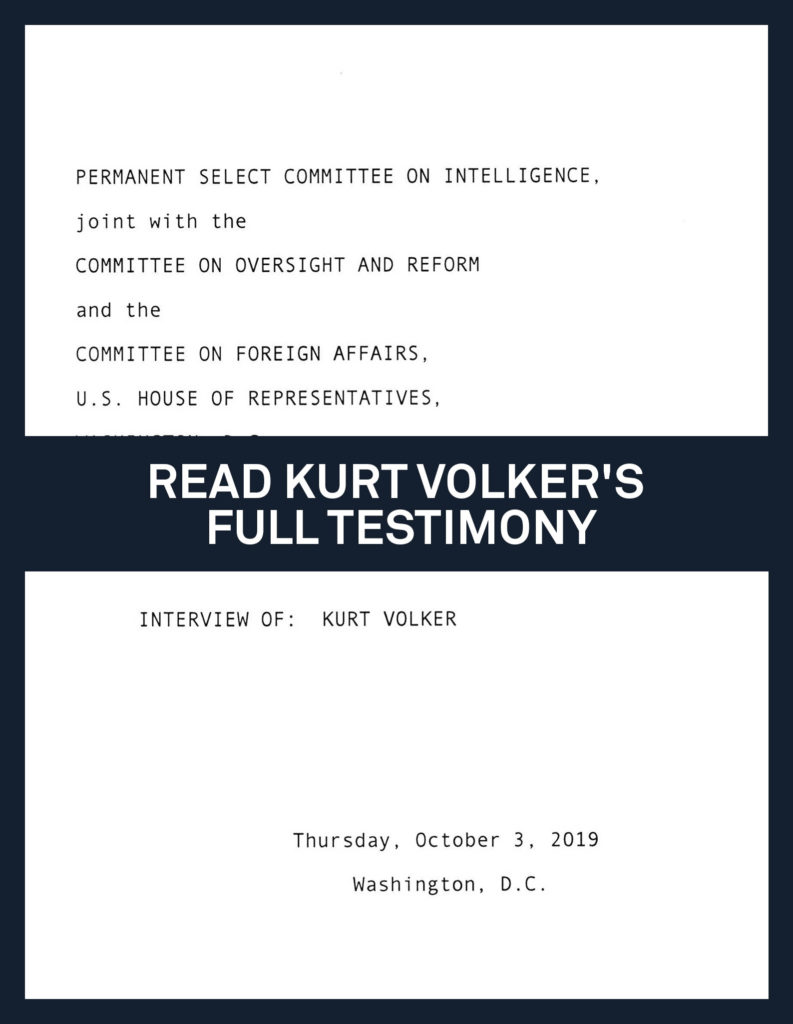