Read all the text messages Volker produced in the impeachment inquiry

Volker was one of several U.S. diplomats who exchanged text messages about the Trump administration’s interest in getting Ukraine to investigate potential 2016 election interference and Burisma, the company that employed the son of former vice president and 2020 presidential candidate Joe Biden.

Excerpts of the text message conversations were publicly released in early October, revealing more details about U.S. communication with Ukraine.

Volker testified before lawmakers last month that “at no time” did he take part in efforts to pressure Ukraine. 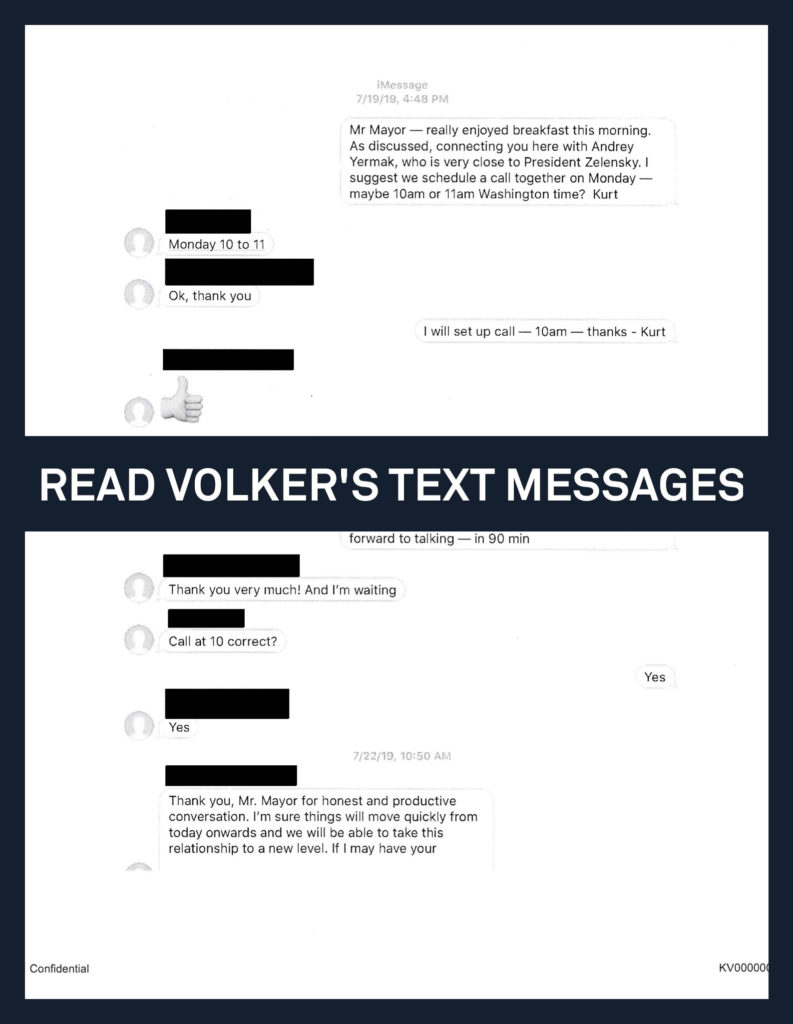 Left: Kurt Volker, U.S. President Donald Trump's former envoy to Ukraine, arrives to be interviewed by staff for three House of Representatives committees as part of the impeachment inquiry into the president's dealings with Ukraine, at the U.S. Capitol in Washington, U.S. October 3, 2019. Photo by Jonathan Ernst/Reuters