Jennifer Williams, an aide to Vice President Mike Pence who listened to the July 25 call between President Donald Trump and Ukraine’s president, told House lawmakers on Tuesday that she found the conversation “unusual” and recorded a memo of the call in Pence’s briefing book. She said she does not know whether Pence reviewed the transcript of the call.

The phone call, in which Trump asked Ukrainian President Volodymyr Zelensky to investigate 2020 presidential candidate Joe Biden and his son, Hunter, has become the focus of the impeachment inquiry into Trump.

Williams is testifying before the House Intelligence Committee along with Alexander Vindman, an Army officer who works on the National Security Council and also listened the call.

Williams told lawmakers that acting White House Chief of Staff Mick Mulvaney directed aid to Ukraine be kept on hold despite the advice from State Department and Defense Department officials. House lawmakers are investigating whether Trump directed that aid to be withheld in an effort to pressure Ukraine to investigate his political rival. 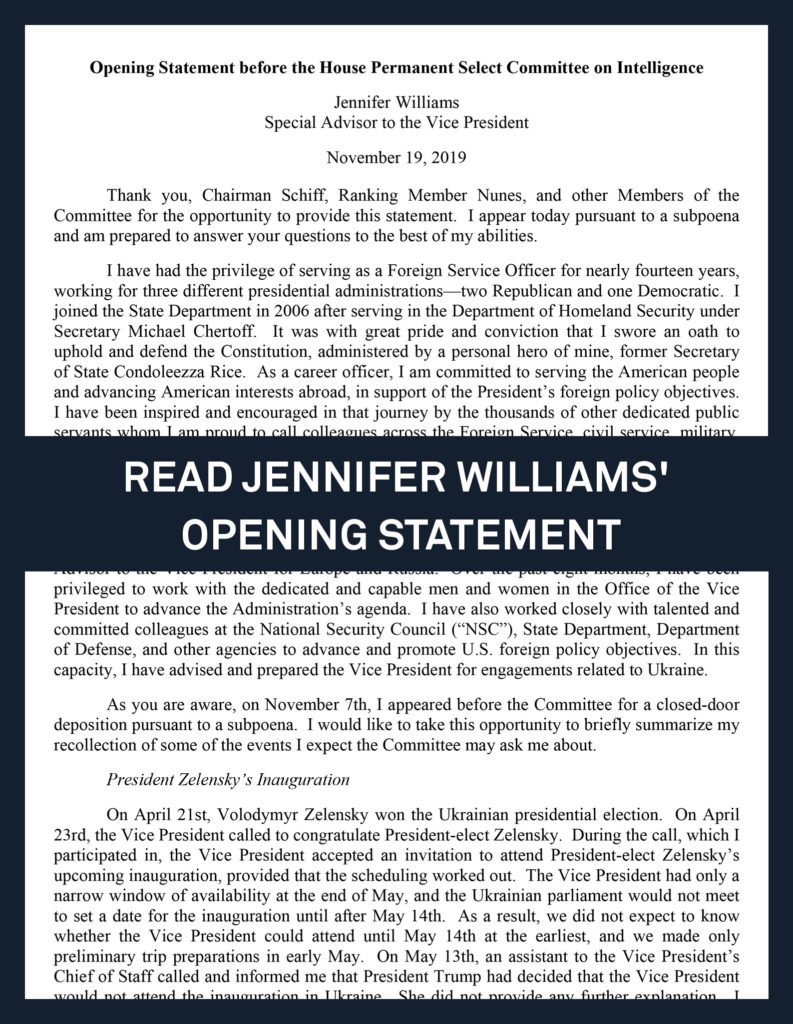