Kurt Volker, the former U.S. special envoy to Ukraine, testified before House lawmakers that he saw a distinction between investigating the Ukrainian energy company Burisma and former Vice President Joe Biden, whose son, Hunter, sat on Burisma’s board.

“In hindsight, I now understand that others saw the idea of investigating possible corruption involving the Ukrainian company, ‘Burisma,’ as equivalent to investigating former Vice President Biden. I saw them as very different – the former being appropriate and unremarkable, the latter being unacceptable. In retrospect, I should have seen that connection differently, and had I done so, I would have raised my own objections,” Volker said in his opening statement during a public hearing before the House Intelligence Committee on Tuesday.

Last month, Volker handed over text messages between himself and other U.S. diplomats in which they discussed getting Ukraine’s president to promise to investigate 2016 election interference and Burisma.

The impeachment probe is inquiring into whether Trump withheld aid to Ukraine as a way to pressure it to investigate his political opponents. 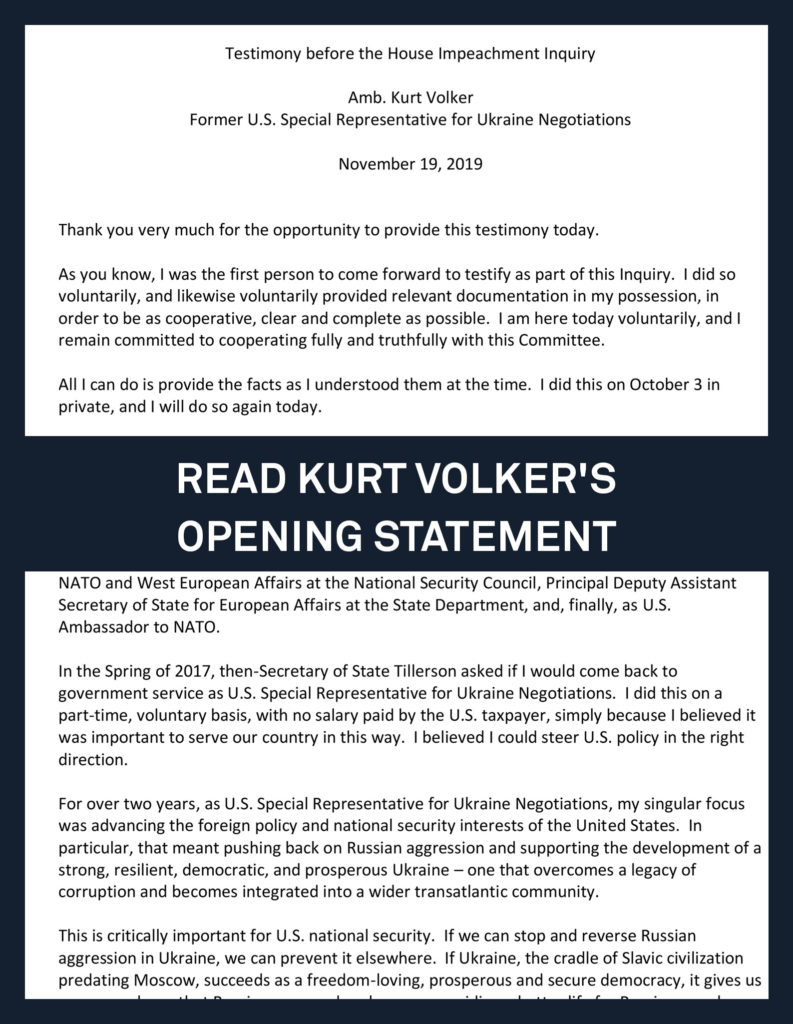