Impeachment investigators have released the transcript of a recent interview with the Office of Management and Budget official who signed the document freezing U.S. aid to Ukraine.

The impeachment inquiry into President Donald Trump seeks answers to why the U.S. withheld aid from Ukraine. Government officials have testified the aid was tied to Ukraine’s willingness to announce an investigation into Trump’s domestic political rivals. 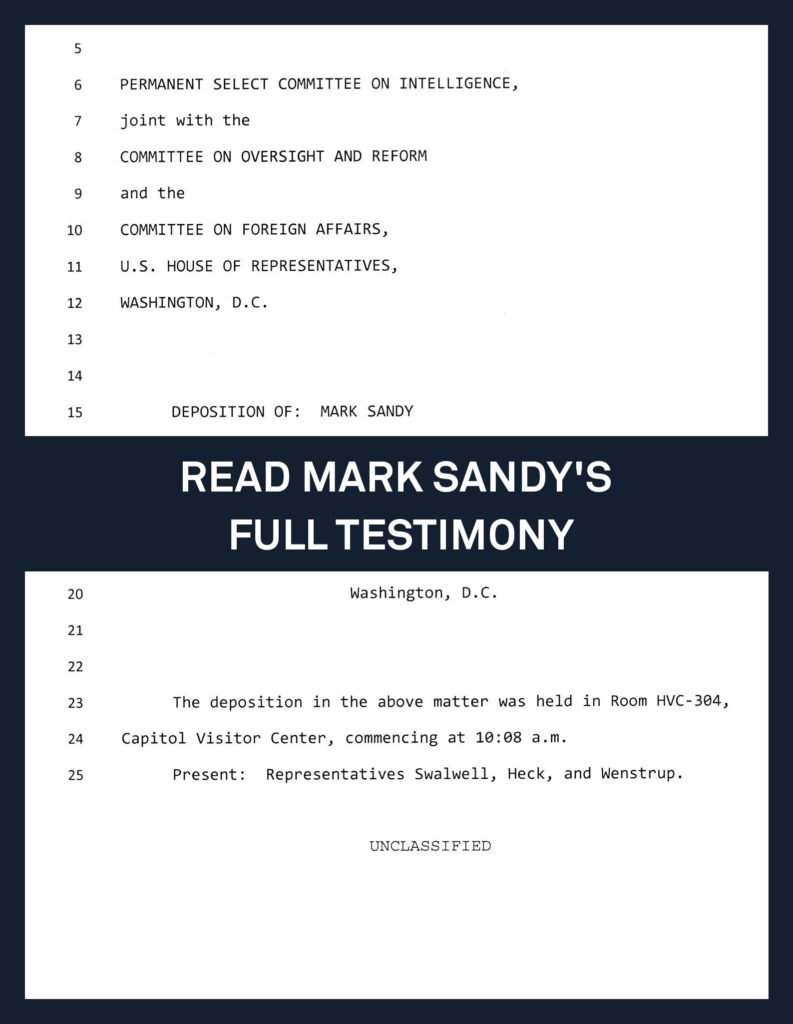 Left: Mark Sandy, official of the Office of Management and Budget, arrives for a closed-door deposition as part of the House of Representatives impeachment inquiry into U.S. President Trump on Capitol Hill in Washington, U.S., November 16, 2019. Photo by Yara Nardi/Reuters