House lawmakers released on Tuesday a transcript of the full testimony the acting assistant secretary of state for Europe gave in the impeachment inquiry.

Philip Reeker answered questions from lawmakers behind closed doors last month. The state department official reportedly testified that he was concerned by the way U.S. ambassador to Ukraine, Marie Yovanovitch was ousted.

Democrats have been releasing the transcripts from interviews they conducted before the impeachment probe entered a new, public phase earlier this month.

Investigators are seeking answers about whether President Donald Trump withheld aid to Ukraine as a bargaining chip for getting Ukraine’s president to investigate 2016 election interference and 2020 presidential candidate Joe Biden. 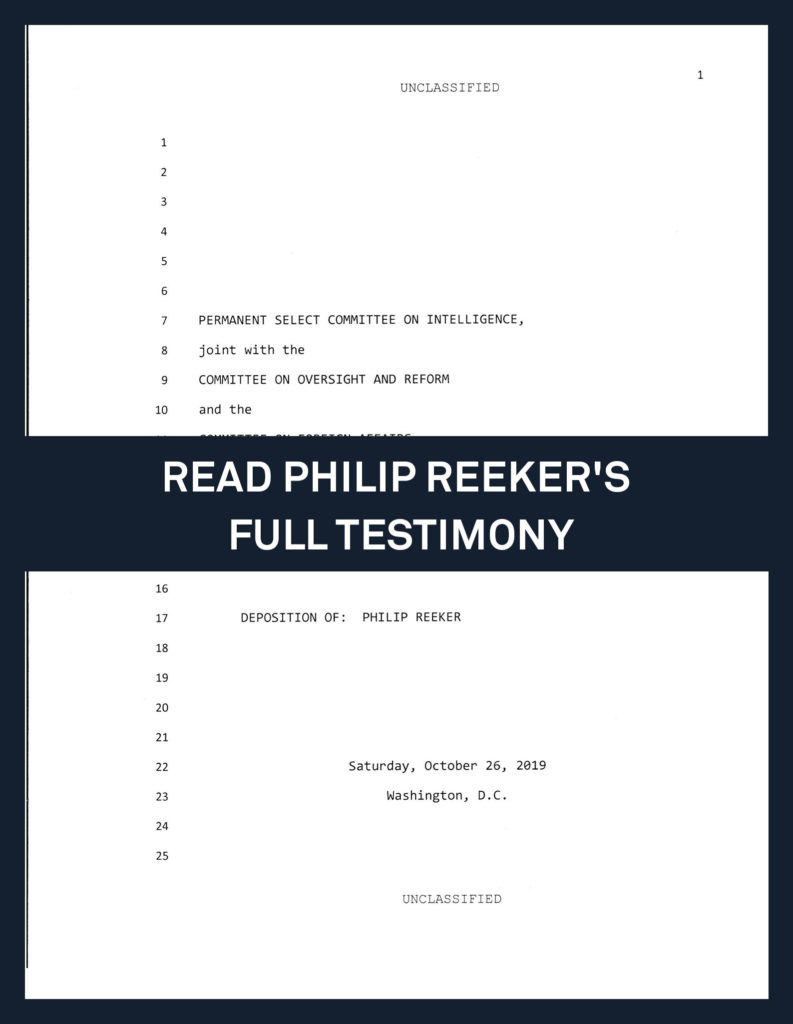 Left: Philip Reeker, acting assistant secretary of state for European and Eurasian Affairs, is escorted by police officers as he leaves after testifying in impeachment inquiry against President Donald Trump, in Washington D.C. , U.S., October 26, 2019. Photo by Siphiwe Sibeko/Reuters