Read the full articles of impeachment against Trump

The articles were unveiled after a series of hearings by the House Intelligence and the House Judiciary committees that featured witnesses who had knowledge of Trump’s dealings with Ukraine as well as legal scholars who provided viewpoints on the grounds for impeachment.

Democrats argue that Trump violated his oath of office by using his presidential authority to press Ukraine to investigate his political rivals.

The House of Representatives is expected to vote on the articles of impeachment in the coming days. 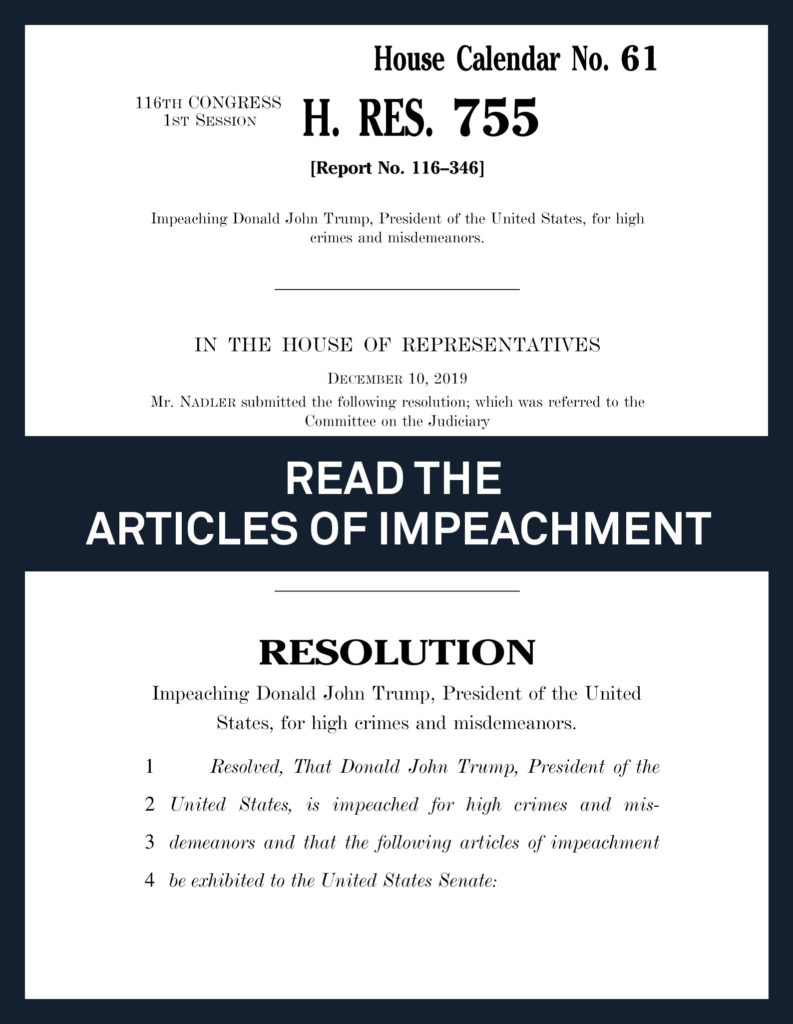 Read the full articles of impeachment.