Senators from both parties agreed on the final text of a proposed, sweeping bill aimed at rescuing both the struggling medical sector and quickly collapsing United States economy late on Wednesday night.

If passed by both chambers of Congress and signed by the president, the package will be the most massive government recovery measure in U.S. history, in both total dollars and dollars per capita.

The office of Senate Majority Leader Mitch McConnell sent PBS NewsHour and other outlets a copy of the final text, which you can read below. 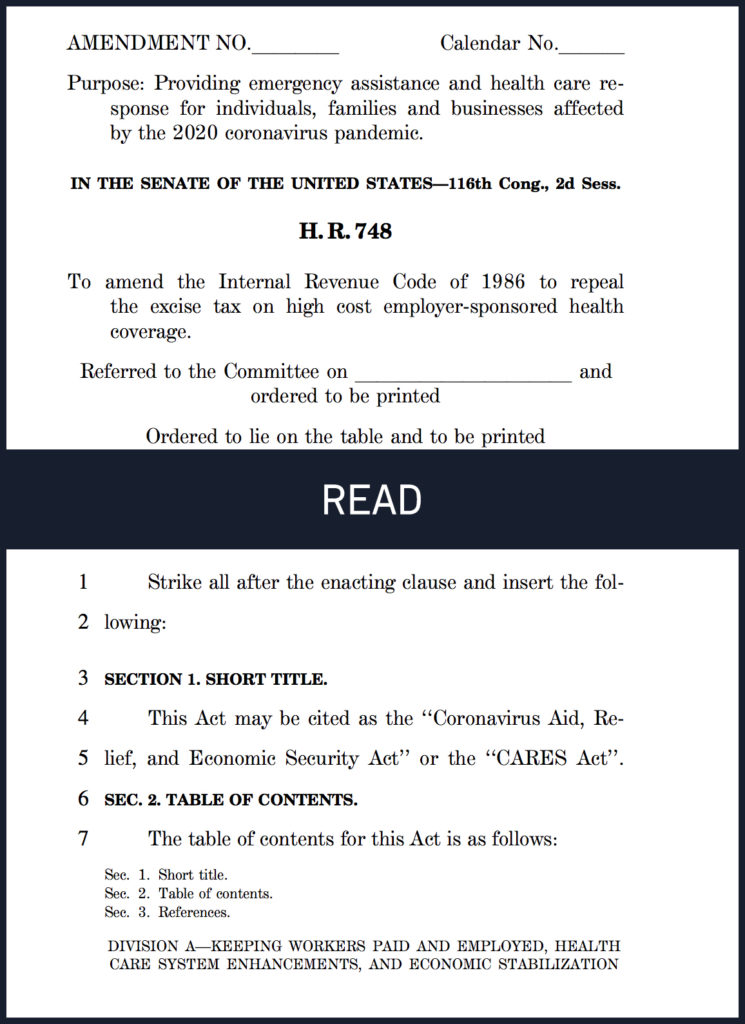 Left: U.S. Capitol Police officers stand atop of the Senate stairway, ahead of a vote on the coronavirus relief bill, on Capitol Hill on March 25, 2020. Photo by REUTERS/Tom Brenner