The White House said Monday it has instructed Don McGahn, former White House counsel, not to testify before the House Judiciary Committee on Tuesday.

The House Judiciary Committee chair Jerry Nadler subpoenaed McGahn after special counsel Robert Mueller wrote in his report that McGahn testified that Trump told him to fire Mueller. McGahn did not follow through with the demand, but Democrats say the documented interactions that suggest Trump was trying to interfere with the Russia investigation could constitute obstruction of justice.

The current White House counsel Pat Cipollone told Nadler in a letter that McGahn is “absolutely immune from compelled congressional testimony with respect to matters occurring during his service as a senior adviser to the President.” 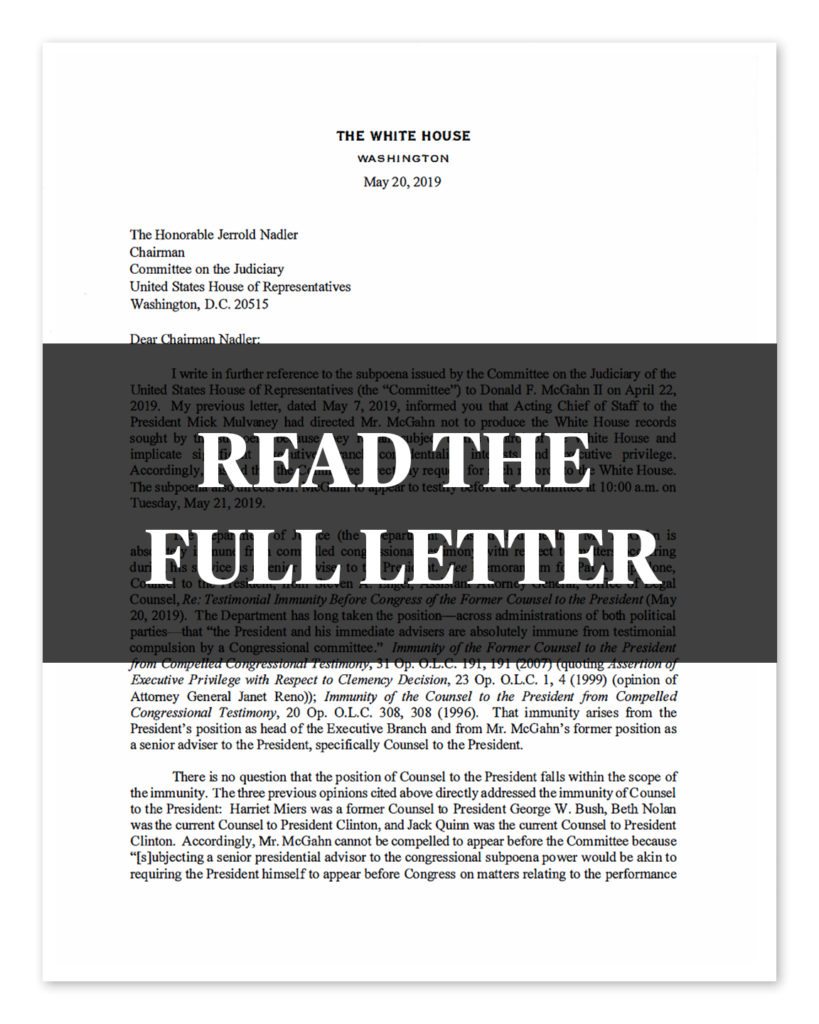 “The Department has long taken the position-across administrations of both political parties-that “the President and his immediate advisers are absolutely immune from testimonial compulsion by a Congressional committee,” according to the letter. To support its decision, the White House provided a Department of Justice legal opinion. 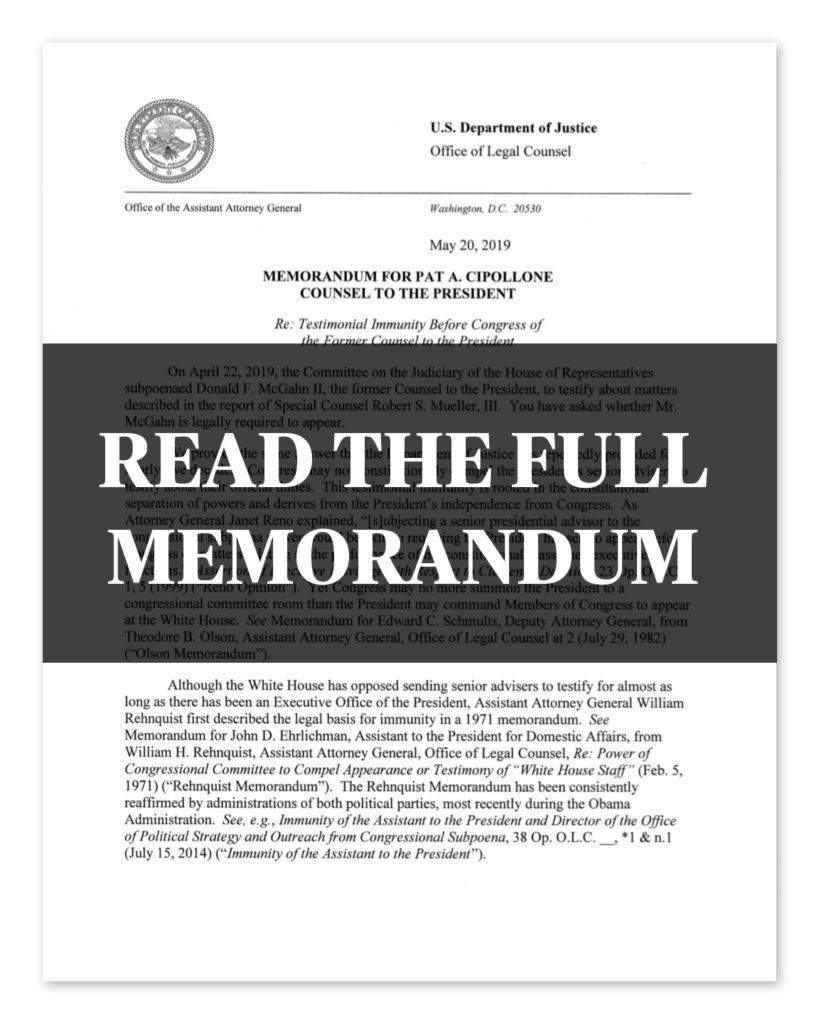