Republican U.S. Sen. Susan Collins of Maine has won the hardest-fought race of her career, turning back a challenge by Democrat Sara Gideon and surviving to serve a fifth term.

Watch her remarks in the player above. 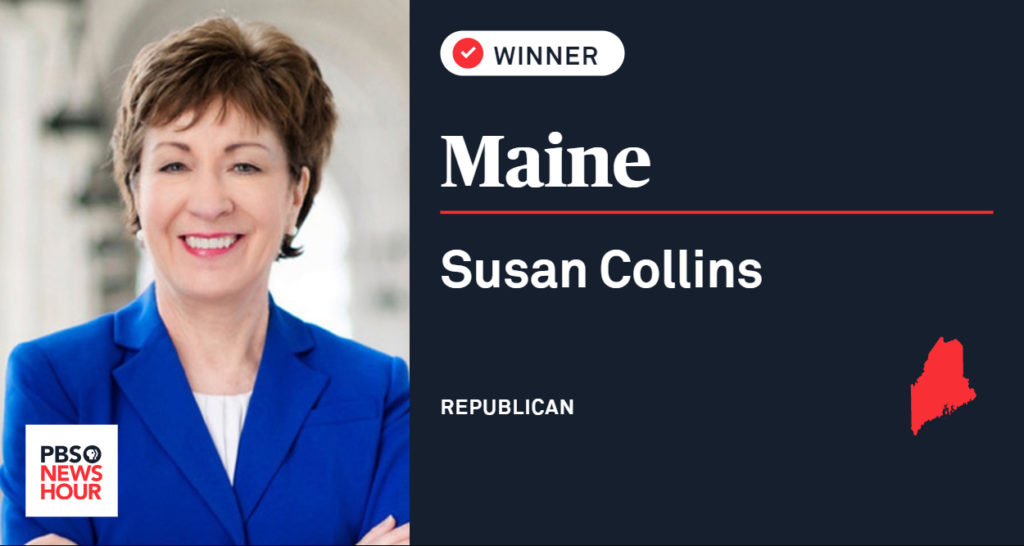 Collins, one of four candidates on the ballot, won a majority of first-place votes. That meant no additional tabulation rounds were necessary under Maine’s ranked choice voting system.

Gideon has conceded, telling supporters on Wednesday that she called Collins and congratulated her on the win.

Collins long touted herself in the fiercely independent state as a bipartisan centrist who’s willing to work with both parties to get things done.

But opponents accused her of being an enabler of President Donald Trump, citing her votes to confirm Supreme Court Justice Brett Kavanaugh and for tax cuts that critics said favored the rich.

How Maine’s unique voting system may play out this election