What the $2 trillion coronavirus relief bill means for you

Racing against twin health and economic crises, the U.S. Senate passed an unprecedented $2 trillion coronavirus measure late Wednesday that would inject billions into the nation’s medical system, dramatically expand unemployment benefits and temporarily cover the entire payroll for many small businesses across the country.

In a rare show of unity, the chamber voted 96-0 to send the Coronavirus Aid, Relief and Economic Security, or “CARES,” Act to the House, which is expected to pass the legislation Friday morning. It won support from the most conservative of lawmakers, such as Sen. Tom Cotton of Arkansas, and the most progressive, such as Sen. Bernie Sanders of Vermont.

Four senators missed the vote because they have either contracted the coronavirus, or are self-quarantining out of concern that they were exposed to it.

If signed by the president, the measure will be the largest one-time spending bill in U.S. history.

Read the full coronavirus bill here. Or continue below for highlights of what’s in it for individuals and companies.

The bill aims to give some individuals cash to help them cover basic necessities. It also increases unemployment benefits for those who have been laid off.

Map: Watch the real-time spread of coronavirus in the U.S.

The bill includes a $300 tax deduction for any American who donates at least that amount to charity. 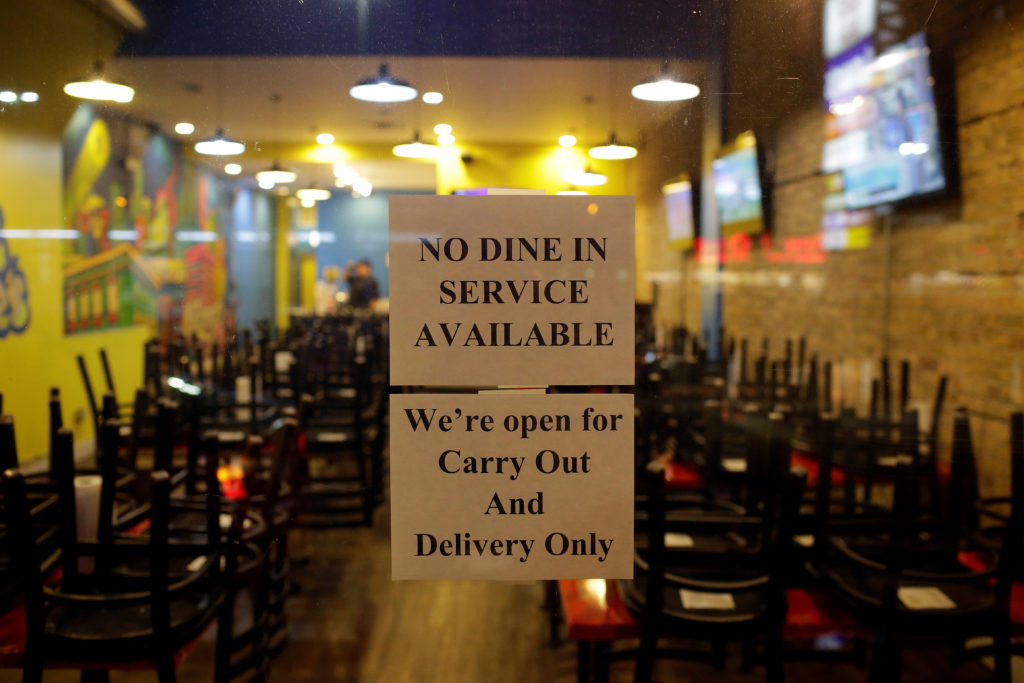 Signs are displayed on the window of a restaurant to inform customers that the dinning area is closed as Illinois Governor J.B. Pritzker ordered all restaurants and bars closed at the end of the business day, as part of efforts to combat the spread of the novel coronavirus, in Chicago. Photo by Joshua Lott/Reuters

Small businesses and the self-employed

READ MORE: How uninsured patients can get help during COVID-19 pandemic

This is the largest single piece of the bill.

Oversight of the $500 billion to corporations and airlines

This was a critical part of negotiations over the weekend.

Other programs for larger employers

There are many additional tax incentives in this bill, ranging from net operating losses to changes in the corporate alternative minimum tax.

Left: An ambulance sits parked on the plaza outside the U.S. Capitol in Washington, D.C. The U.S. Senate passed an unprecedented $2 trillion measure late Wednesday that would inject billions into the nation’s medical system, dramatically expand unemployment benefits and temporarily cover the entire payroll for many small businesses across the country. Photo by Drew Angerer/Getty Images.