Why should you watch Brett Kavanaugh’s confirmation hearings? Here’s where he stands on key issues

The U.S. Senate Judiciary Committee on Tuesday will begin its hearings on the nomination of Judge Brett Kavanaugh to the Supreme Court. Should you care?

The court on which Kavanaugh is a judge — the U.S. Court of Appeals for the D.C. Circuit — generally lacks the kind of potential media blockbusters coming to the Supreme Court. Instead, it has a steady diet of direct impact challenges. The nature of those cases may directly affect the air Americans breathe, the water they drink, their ability to negotiate better working conditions and more. His court often has been called the second-most important court in the country because its main responsibility is to review federal agency actions, and those actions touch American lives in concrete and myriad ways.

READ MORE: The politics behind Brett Kavanaugh’s nomination and the Senate battle ahead

How Kavanaugh has ruled in those cases is a good indication of the kind of justice he could be, and that is one compelling reason why it’s important to care about the Senate hearings.

How Kavanaugh has ruled in “direct impact” cases is a good indication of the kind of justice he could be.

There is no question about Kavanaugh’s qualifications to be a Supreme Court justice. He has a golden resume — Yale Law, Supreme Court clerkship, and most relevant of all, his 12 years on the appellate bench. For some senators, that is enough to confirm him. Presidential elections have consequences, some say, and one is that presidents should get the nominees they choose unless there is a major problem. History shows that confirmations can be more complicated than that view. Ideology has and does count.

As the hearings for Kavanaugh unfold this week, senators will question Kavanaugh on a broad range of topics. But here are five likely to draw the most questions.

Though there are some exceptions, Kavanaugh generally is a pro-employer judge. He reads the nation’s anti-job bias laws narrowly and leans in favor of companies over unions. One example in the job discrimination area is his dissent in Miller v. Clinton, in which U.S. citizen working as a safety inspector at the U.S. embassy in Paris sued the U.S. State department for terminating his employment when he turned 65, charging age discrimination.

The State Department argued that the Basic Authorities Act under which Miller was hired exempted him from the protections of the Age Discrimination in Employment Act. But the majority on the D.C. Circuit majority disagreed. Chief Judge Merrick Garland wrote: “If Congress had intended to authorize the State Department to act without regard to the antidiscrimination laws, would it have done so using a string of forty-five words that has previously only been read to authorize a waiver of the regulatory and statutory provisions that govern federal contracting and procurement? We do not think so.”

Kavanaugh’s views on this and other union issues are similar to those held by the Supreme Court’s conservative justices: Chief Justice John Roberts Jr. and justices Clarence Thomas, Samuel Alito Jr. and Neil Gorsuch.

Kavanaugh could push the Supreme Court in the direction of more aggressive gun rights.

Kavanaugh could push the Supreme Court in the direction of more aggressive gun rights. In 2011, he dissented from a three-judge ruling (written by conservative Judge Douglas Ginsburg) upholding the District of Columbia’s ban on assault weapons and magazines with the capacity of more than 10 rounds of ammunition. Kavanaugh would have struck down both bans.

The Supreme Court in its landmark 2008 decision in District of Columbia v. Heller protected an individual’s right to possess a gun in the home for self defense. The justices have declined to take up challenges to regulations of semi-automatic rifles, magazine capacities, open carry and other gun restrictions, over strong objections by Thomas and the late Justice Antonin Scalia. Gorsuch recently joined Thomas’ complaints about the court’s treatment of the Second Amendment. Kavanaugh could well be another vote for the court to wade back into the fire of the Second Amendment. 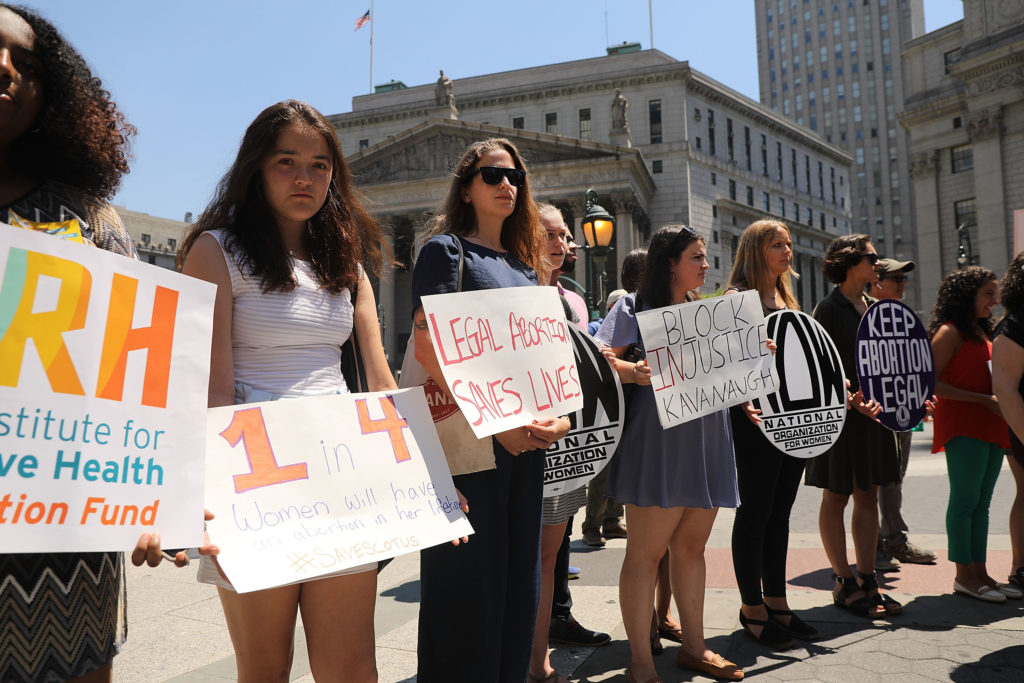 The Supreme Court’s conservative majority over the years has generally not been sympathetic to government attempts to regulate under the nation’s major environmental laws. The last major victory for states and environmentalists was the 2007 decision in Massachusetts v. EPA, in which the court’s four liberal members, with the help of Justice Anthony Kennedy, held that the Clean Air Act authorized a recalcitrant Environmental Protection Agency to regulate carbon dioxide and other greenhouse gases.

READ MORE: The left’s strategy to block Kavanaugh from the Supreme Court

Kavanaugh, according to many environmental law scholars and groups, has a strong record in favor of industry interests in this area of the law. They point particularly to the time Kavanaugh broke with his two conservative colleagues to defend the George W. Bush Administration’s move to relax Clean Air Act monitoring requirements. A number of states sought to fill the gaps by enacting their own air pollution protections. The majority read the act to allow the states to take that kind of action; Kavanaugh disagreed. One scholar also has noted that Kavanaugh appears to have never dissented from a ruling against an environmental interest.

Without Kennedy, Kavanaugh could be a critical vote in coming challenges involving climate change.

Kavanaugh believes the president has full responsibility for the execution of federal laws and must be able to control all agency officers.

Kavanaugh believes in what is known as the unitary executive theory. Under that theory, the president has full responsibility for the execution of federal laws and must be able to control all agency officers. We saw the strongest example of this in Kavanaugh’s majority decision holding that the structure of the Consumer Financial Protection Bureau violated the Constitution’s separation of powers.The constitutional problem with the consumer bureau, he concluded, was that its director could only be removed by the president for cause.

His views on the unitary executive will trigger questions from senators concerned about President Donald Trump’s claims that he could interfere with U.S. Justice Department actions and shut down special counsel Robert Mueller’s Russia investigation. But Kavanaugh’s views could also influence how the Supreme Court responds to challenges to other independent federal agencies structured in a similar fashion to the Consumer Financial Protection Bureau.

On another front, though Kavanaugh actively participated in the independent counsel investigation of President Bill Clinton in the 1990s, he has more recently concluded that presidents should be temporarily immune from criminal investigations and civil suits while in office. Such investigations, usually involving testimony and depositions, pose a substantial burden on a president’s ability to perform the office’s duties, he has written. Kavanaugh also believes Congress is the body envisioned by the Constitution to investigate and take action in the face of presidential malfeasance.

Reproductive rights activists have worried about how Kavanaugh might rule on the Supreme Court.

The point to a case last October, when the majority on the D.C. court ruled that the Trump administration was putting an undue burden on a young pregnant migrant by blocking her from getting an abortion.

Kavanaugh dissented, saying it wasn’t wrong for the government to make her wait to get a sponsor before allowing her to consider an abortion.

Where does Brett Kavanaugh stand on business issues and workers’ rights?