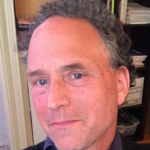 This weekend, millions of Brazilians will go to the polls to vote in the final round of a hugely consequential presidential election. Special Correspondent Jane Ferguson takes us inside the Amazon to explore how this election could impact Indigenous people there. This story was produced in partnership with the Pulitzer Center.