JOHANNESBURG — Pubs and movie theaters across England reopened Saturday as part of Britain’s biggest step toward post-outbreak normal, while South Africa signaled anything but — reporting another record daily high in confirmed coronavirus cases.

“Let’s not blow it now,” British Prime Minister Boris Johnson said as some in England rushed to restaurants or barbers for the first time in more than three months.

The United States plunged into the Fourth of July weekend with many parades and fireworks displays canceled, and health authorities warned that Independence Day will be a crucial test of Americans’ self-control. Confirmed cases are climbing in 40 states, and the U.S. set another record Friday with 52,300 newly reported infections, according to the tally kept by Johns Hopkins University.

More than 11 million people around the world are known to have been infected since the pandemic began, 2.7 million of those in the U.S., according to the Johns Hopkins data. With shortages of testing materials, the real number of cases is unknown. More than 525,000 people have died. 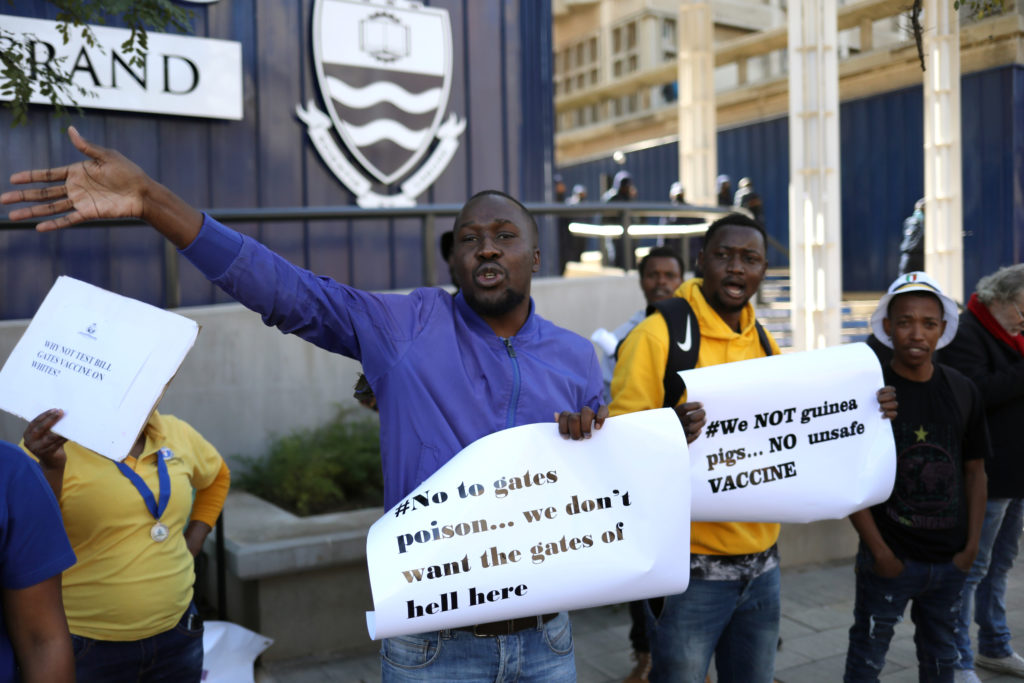 In South Africa, a growing hot spot as the pandemic picks up speed in parts of Africa, confirmed cases have climbed to more than 177,000, with a record 9,063 reported in the most recent 24-hour period.

If Africa’s most developed country is struggling to manage the pandemic, that’s ominous for less-prepared African nations. Confirmed cases across the 54-nation continent are now above 433,000.

Russia marked a milestone as the death toll rose above 10,000. The national coronavirus task force also reported 6,632 new infections, raising the total for the outbreak to 674,515.

Russia’s caseload is the world’s third largest behind the United States and Brazil, but its reported deaths are lower than many other countries. Officials have denied speculation that the figures are being manipulated.

Australia’s Victoria state locked down nine public housing towers and three more Melbourne suburbs after 108 new cases. Premier Daniel Andrews said 3,000 people in the towers will go into “hard lockdown,” meaning “there will be no one allowed in … and no one allowed out.” 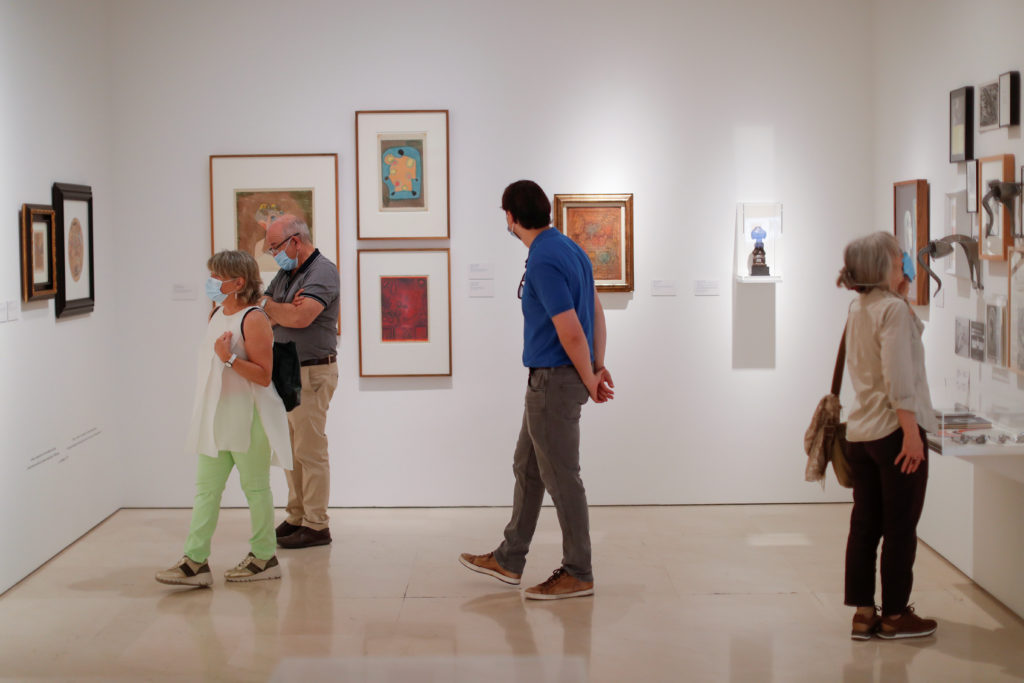 People wear protective face masks as they watch the exhibition “Genealogies of the art, or art history as visual art” at the Picasso Museum open to the public, as some Spanish provinces are allowed to ease the lockdown restrictions during phase one, amid the coronavirus disease (COVID-19) outbreak, in Malaga, Spain, May 26, 2020. REUTERS/Jon Nazca

Authorities in northeast Spain ordered the lockdown of El Segriá county around the city of Lleida, home to over 200,000 people, after health officials recorded a jump in 60 cases in 24 hours. The outbreaks are linked to agricultural workers in the rural area.

Concerns are rising about a resurgence of infections as Japan is now nearly back to business as usual after its state of emergency was lifted in May.

France said it is sending medics to its South American territory of French Guiana, where infections have surged as the virus swept neighboring Brazil. 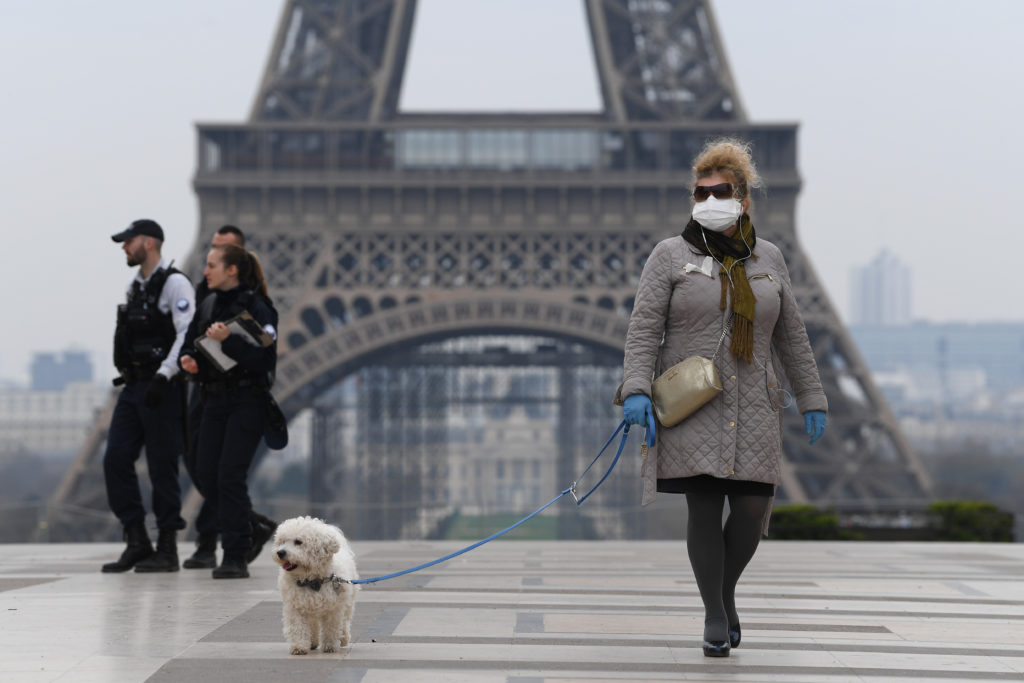 PARIS, FRANCE – MARCH 18: A woman wears protective gloves near the Eiffel tower the second day after the announcement by French President Emmanuel Macron of the confinement of the French due to an outbreak of coronavirus pandemic (COVID-19) on March 18, 2020 in Paris, France. Photo by Pascal Le Segretain/Getty Images

Of the roughly 5,000 new cases confirmed across France over the past week, 1,400 were in French Guiana, with a population of just 300,000, according to the health agency. The military is flying patients from saturated facilities to the French Caribbean island of Martinique for treatment.

In Germany, Chancellor Angela Merkel said that “the way our country reacted to the pandemic has largely proved to be right.” The country, which has over 190,000 confirmed cases and five times fewer deaths than Britain, has started testing asymptomatic people in care homes.

Merkel paid tribute to the elderly, who like elsewhere in the world, have been particularly hard hit. “The most painful thing was surely not to be able to see children and grandchildren for many weeks,” she said.

Determined to enjoy a holiday from months of uncertainty, thousands of tourists waited at the Bulgaria-Greece border for up to five hours under the scorching sun after setting off for Greece’s beaches.

Left: Beachgoers enjoy the sunshine as they sunbathe and play in the sea on Boscombe beach in Bournemouth, southern England, on June 25, 2020. Photo by Glyn Kirk/AFP via Getty Images.