PRAGUE — The biggest anti-government protest in Prague since the 1989 pro-democratic Velvet Revolution is underway as Czechs urge Prime Minister Andrej Babis to resign.

More and more people coming to #Letna , this is a clear success for @milionchvilek which had hoped for thousands to be here – historic day for the Czechs.#Prague pic.twitter.com/GwoQSgy4iW

Protesters came to the capital from all corners of the Czech Republic to attend Sunday’s demonstration, the most massive of recent street protests opposing Babis. 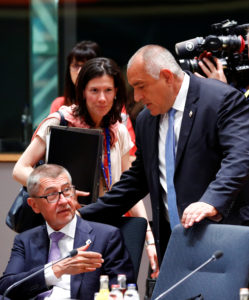 The demonstrators see the populist billionaire as a threat to democracy, including the independence of the country’s legal system.

The protesters also are demanding the resignation of Babis’ new justice minister. They say the minister might compromise the legal system as prosecutors consider whether to indict Babis on fraud charges involving European Union funds.

Babis denies wrongdoing and says there’s no reason for him to resign. 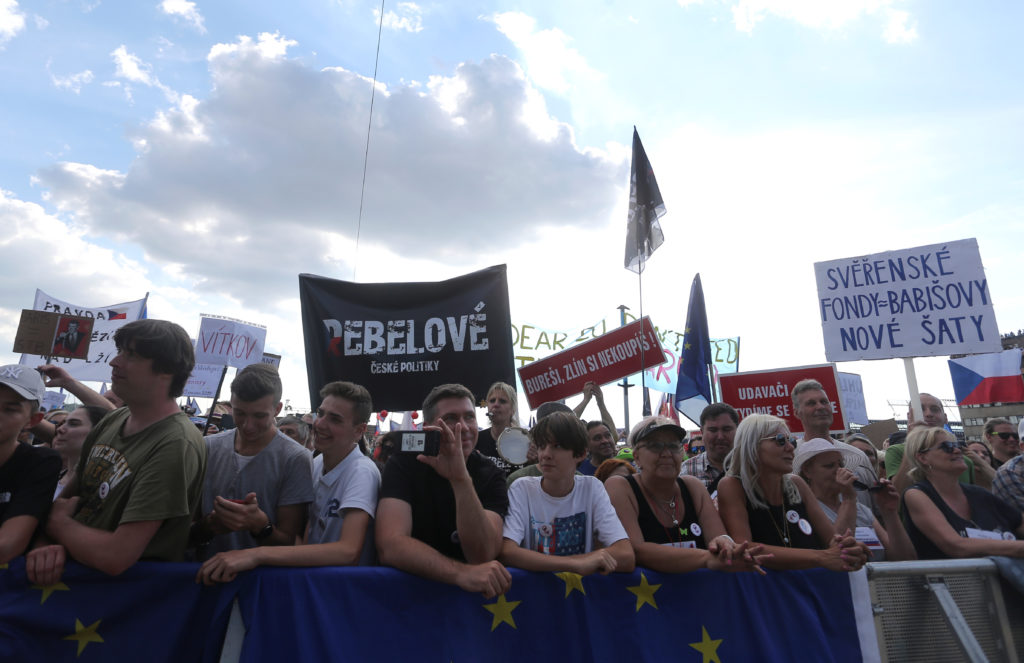 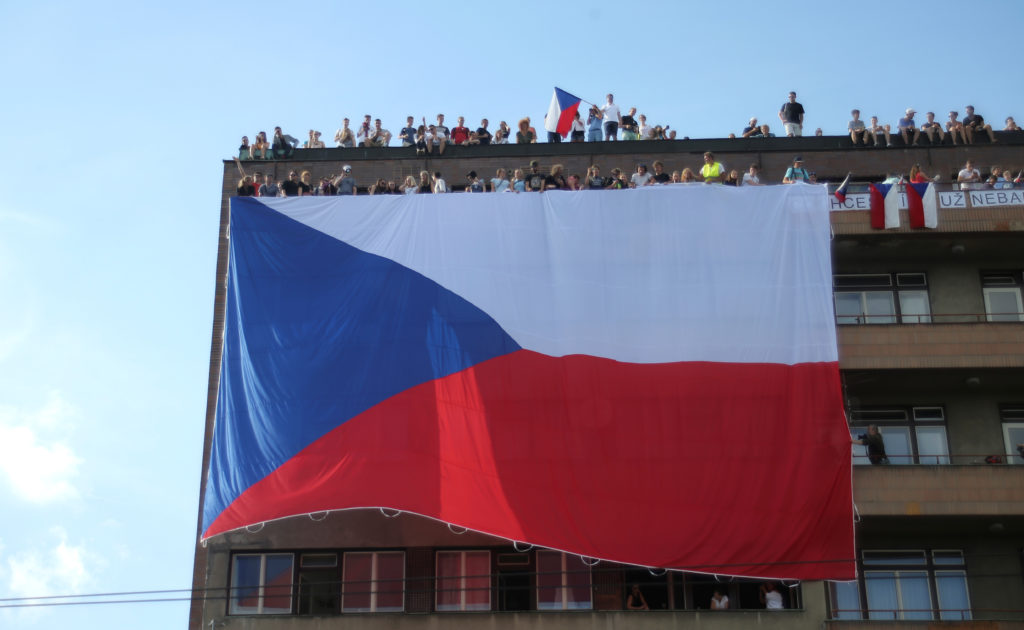 People hang a giant flag of the Czech Republic from a building at a protest rally demanding the resignation of Czech Prime Minister Andrej Babis in Prague, Czech Republic, June 23, 2019. Photo by Milan Kammermayer /Reuters