HONG KONG — Hong Kong citizens marched for hours Sunday in a massive protest that drew a late-in-the-day apology from the city’s top leader for her handling of legislation that has stoked fears of expanding control from Beijing in this former British colony.

The demonstration looked likely to match in scale one a week earlier that brought as many as 1 million people out to express their concern over Hong Kong’s relations with mainland China in one of the toughest tests of the territory’s special status since China took control in a 1997 handover.

Well after dark, crowds gathered outside the police headquarters and Chief Executive Carrie Lam’s office. On Saturday Lam suspended her effort to force passage of the bill, which would allow some suspects to be sent for trial in mainland China.

The move did not appease Hong Kong residents angered over the plan who see it as one of many steps chipping away at Hong Kong’s freedoms and legal autonomy. Opponents worry the law could be used to send criminal suspects to China to potentially face vague political charges, possible torture and unfair trials. 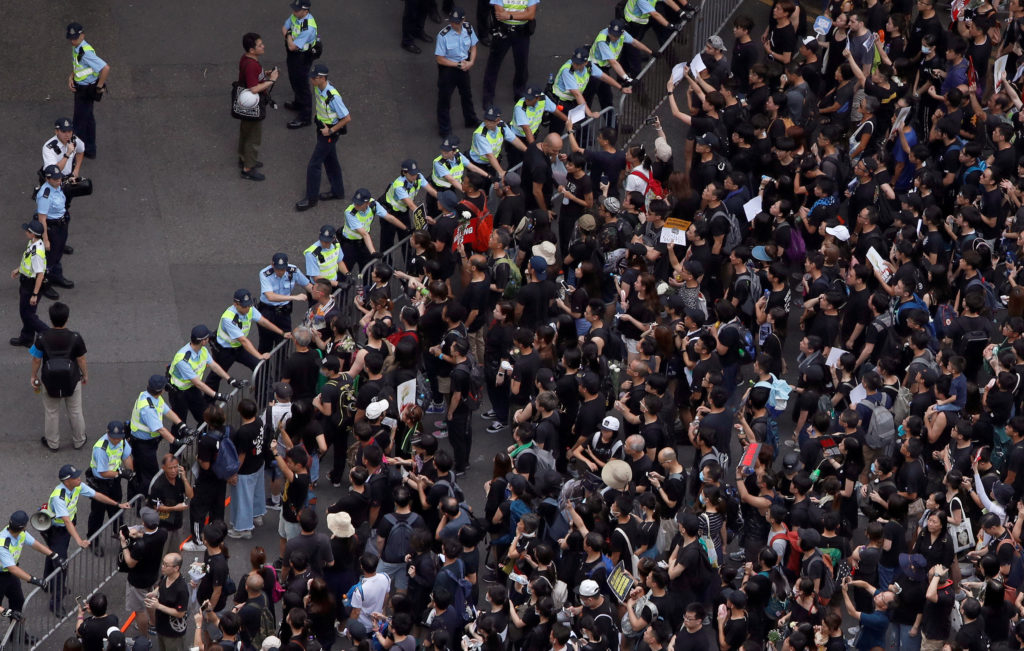 Protesters are also angered over forceful tactics by police in quelling unrest at a June 12 demonstration.

Periodically, the shouts of the protesters standing shoulder-to-shoulder in front of the police headquarters would crescendo in a roar that reverberated through the narrow concrete canyons of the red-light district of Wanchai.

The statement issued late Sunday mentioned the demonstrations and said the government “understands that these views have been made out of love and care for Hong Kong.”

“The chief executive apologized to the people of Hong Kong for this and pledged to adopt a most sincere and humble attitude to accept criticisms and make improvements in serving the public,” it said.

The marchers want Lam to scrap the extradition bill, which is supported by the communist leadership in Beijing, and to resign. 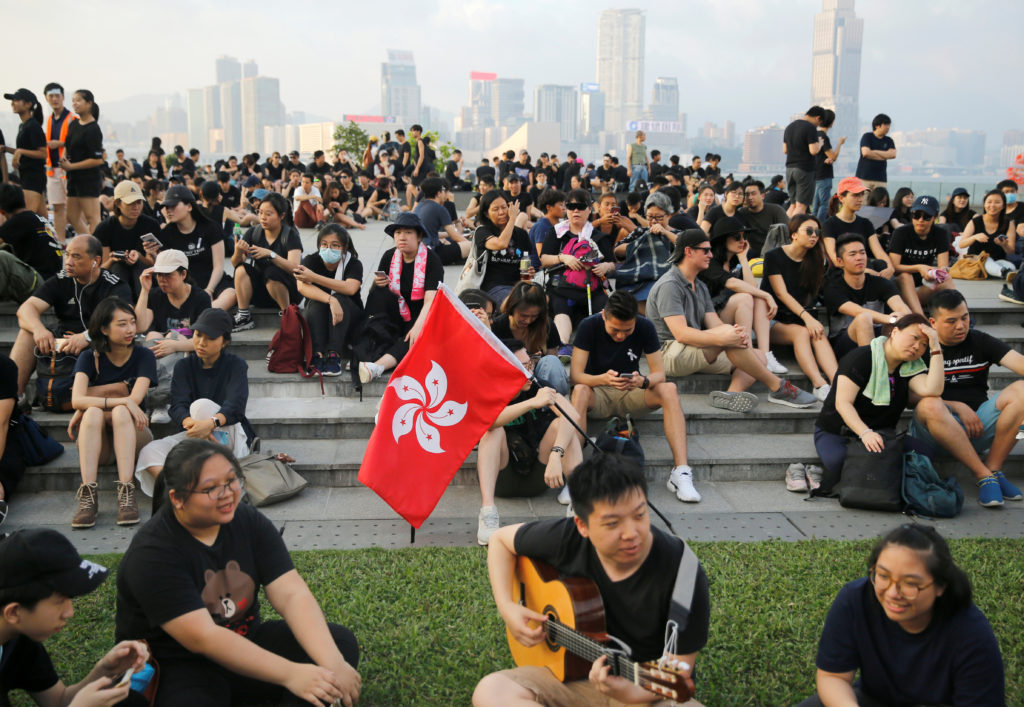 Protesters sit in front of the Legislative Council building during a demonstration demanding Hong Kong’s leaders to step down and withdraw the extradition bill, in Hong Kong, China, June 16, 2019. Photo by Thomas Peter/Reuters

The crowds filled a wide thoroughfare and side streets paralleling the waterfront of Victoria Harbor as tourists and shoppers who drive much of the Asian financial hub’s economy looked on.

At the march’s end, hundreds sat wearily around the city government headquarters. Some were singing. Some listening to speeches. Some just resting.

“Our demands are simple. Carrie Lam must leave office, the extradition law must be withdrawn and the police must apologize for using extreme violence against their own people,” bank worker John Chow said as he marched with a group of his friends. “And we will continue.”

Protesters have mainly focused their anger on Lam, who had little choice but to carry through dictates issued by Beijing, where President Xi Jinping has enforced increasingly authoritarian rule.

Many here believe Hong Kong’s legal autonomy has been significantly diminished despite Beijing’s insistence that it is still honoring its promise, dubbed “one country, two systems,” that the territory can retain its own social, legal and political system for 50 years after the handover.

The rally drew marchers both young and old, some pushing strollers or carrying slumbering infants. Few wore face masks or seemed to be trying to hide their identities, in contrast with demonstrations Wednesday, when participants expressed worries over possible retribution from the authorities.

Protesters also are angry over the way police used tear gas, rubber bullets and other forceful measures as demonstrators broke through barricades outside the city government’s headquarters in that smaller but more aggressive protest.

The police presence Sunday was considerably more relaxed, with officers deployed mainly to direct traffic as the protesters wound their way through Hong Kong’s commercial center from a sprawling downtown park to government headquarters.

Farther down the parade route, mourners lined up to lay flowers and pay respects at a makeshift memorial for a man who fell to his death Saturday after hanging a protest banner that read in part, “Make Love, No Shoot” and “No Extradition to China.”

The man slipped from the grasp of rescuers after clinging for a time to scaffolding outside a shopping mall. He missed a large cushion set up to capture him, and was declared dead at a nearby hospital.