When correspondent Desi Lydic of The Daily Show with Trevor Noah saw that the U.S. ranked 49 on an annual scale of gender equality in 2017, she set off to countries that beat it.

Traveling to Iceland, Namibia, Spain — numbers 1, 13 and 25 respectively in the World Economic Forum’s annual Global Gender Gap Report — she talked to women leading the fight for gender parity and explored the cultural conversations that were driving change.

NewsHour Weekend recently spoke with Lydic about what she learned, the role of comedy in raising awareness about equality, and how she’ll apply it to her election coverage.

Read an excerpt of the interview with Lydic below, or watch the full video in the player above. 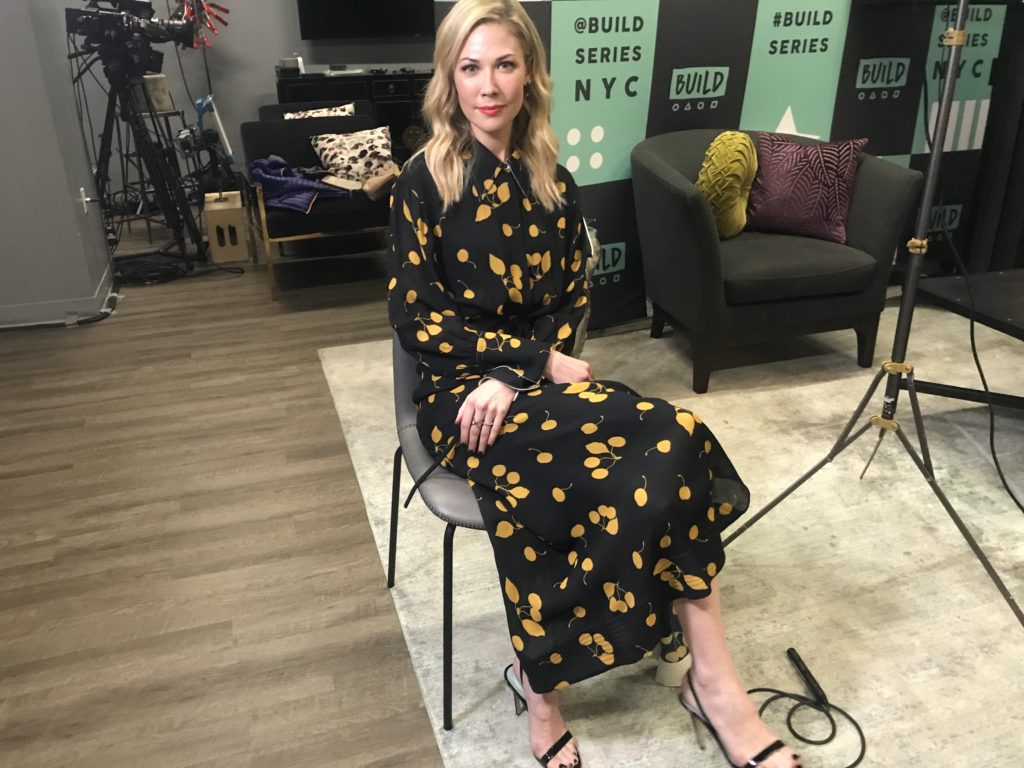 Desi Lydic, a correspondent for The Daily Show, explores gender equality worldwide in a new special for Comedy Central. Photo by Michael Regan

You chose Iceland, Namibia and Spain. Why?

Desi Lydic: Iceland was kind of a no brainer because they’re ranked number one. And one of the things that they’re doing so well is that they’re closing the wage gap so quickly and so rapidly. And part of why that’s working for them is they have a great parental leave policy. They get nine months off for parental leave. So men and women are taking time away from their jobs to share the burden of the caretaking duties.

Namibia has a huge percentage of women in parliament. They have almost 50% representation in government, which is something that we’re really lacking here in America.

Spain is ranked 24th and I found it so interesting, that this is the culture that sort of invented machismo and yet they are making rapid changes just relatively recently. Their president appointed three-fourths of the Cabinet with women and it was all coming off of their #MeToo movement.

What are their conversations surrounding gender gap like and why are they more successful than America?

I think here in America we get so complacent and everything feels very polarized. I think there’s a misunderstanding that feminism is about bringing men down to bring women up and it’s certainly not that.

In Iceland, people just seem to be very of the same mindset when it comes to reaching equality. I spoke to Icelandic business person Halla Tómasdóttir about closing their wage gap and all of the things that they’re doing. And I said to her, ‘Do you think that these policies that work here in Iceland could possibly work anywhere in America?’ And she just looked at me and said, ‘Well, is what you’re doing working right now?” At the same time they have their struggles. Being number one means nothing to them. Because they’re like, ‘Yeah, great big deal. We still don’t have equality.’

What was your biggest takeaway?

One thing that became abundantly clear right away was that the more women you have in positions of power, the bigger the opportunity you have to serve women. If a woman is not in the room to speak about what a woman needs, then those decisions aren’t being made. Many of the women said, ‘Don’t be afraid to occupy your space. Don’t ask for it. Don’t apologize. Occupy your space.’

How do you see yourself covering the political cycle, especially after this reporting?

I’m interested in seeing how the media covers these women [running for president]. And I hope that there is a sense of responsibility to not just talk about what pantsuit they’re wearing and what their appearance is like, but talk about what they stand for and their policies. I’m kind of done with the, ‘Are they likable?’ conversation. And I think it’s an unfair expectation to set.

So much of this conversation is cultural. What role do you see comedians like you playing in moving the needle?

Well, I think comedy can be a great unifier. If someone can laugh about something, maybe they can become more open to having a conversation about something they wouldn’t have otherwise.

How has being a woman and being a mom shaped your outlook?

Becoming a mother gives me more of an incentive to care about the future. I spent a large part of my career putting everything into being available for opportunities for auditions, for jobs. The business of acting is so inconsistent and when my husband and I got married, we sort of decided: ‘Let’s just see what happens. Let’s try for a family and who knows.’ And boom, it happened and I simultaneously got the call from The Daily Show to fly to New York and to meet Trevor. I feel it was sort of a strange serendipitous collision of personal and professional, all at one time and I feel so fortunate that those two monumental things happened in my life at the same time because they really sort of go hand-in-hand.

This transcript was edited for brevity and clarity.