CHRISTCHURCH, New Zealand — Thousands of people gathered in the New Zealand city of Christchurch on Sunday to listen to prayers, songs and speeches at a vigil to remember the 50 people killed in a terrorist attack on two mosques.

One of those watching from a wheelchair was 21-year-old Mustafa Boztas, who was shot in the leg and liver during the March 15 attack at the Al Noor mosque.

“It’s beautiful to see what the community has put together to show they care about us, and to show that we are all one,” Boztas said.

He said he was recovering well and hoped to be walking normally soon.

Officials estimate up to 40,000 people attended the event on a sunny evening at Hagley Park. It was held on a stage that had been set up for a concert by Canadian singer Bryan Adams that was cancelled after the attacks.

The names of each of the 50 people killed were read out. 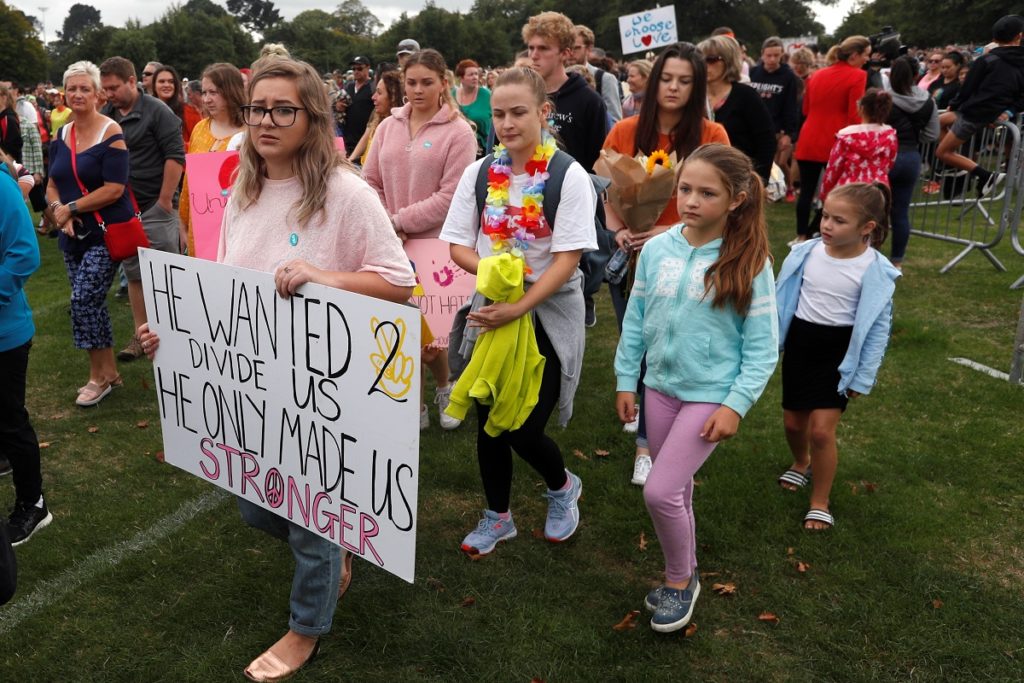 Okirano Tilaia, the head boy at Cashmere High School, which lost two students in the attack, cited Martin Luther King Jr. in his speech, saying he conquered people with love, peace and solidarity.

New Zealand has been holding a series of memorials since the attacks. On Friday, people across the nation observed the Muslim call to prayer one week after the attacks. Next Friday, a national remembrance is scheduled.

Australian Brenton Tarrant, 28, has been charged with murder in the attacks and is scheduled to make his next court appearance on April 5.

Left: Flower tributes are pictured outside Al-Noor mosque after it was reopened in Christchurch, New Zealand March 23, 2019. Photo by Edgar Su/ Reuters