Genius with Stephen Hawking. You are smarter than you think.

In Genius by Stephen Hawking, Professor Stephen Hawking challenges a selection of volunteers to think like the greatest geniuses in history and solve some of humanity's most enduring questions.

In Genius by Stephen Hawking, Professor Stephen Hawking challenges a selection of volunteers to think like the greatest geniuses in history and solve some of humanity's most enduring questions.

Explore video that delves into how to think like the greatest geniuses in history and solve some of humanity's most enduring questions. Material for Grades: 6-13+

Professor Stephen Hawking reveals our true potential by challenging volunteers and the viewer to think like the greatest geniuses of the past. Using large-scale experiments and incredible stunts, we'll get to grips with molecular biology, astrophysics and even quantum mechanics. Likewise, we'll learn about the geniuses whose discoveries helped build our scientific knowledge and allowed us to solve questions like "Where are we?" "Are we alone?" and "Can we travel through time?" 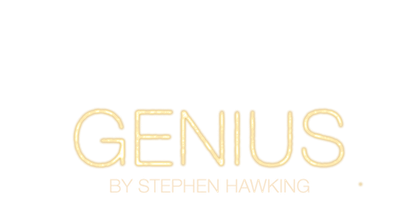 Can We Time Travel? In this mind-bending episode: Can three volunteers work out if time travel is possible? Hawking leads us on a fascinating journey of discovery, featuring DeLoreans, clocks, a giant black hole and a large swathe of New York City. It seems as if nothing is beyond his imagination. Without any mathematics or equations, he effortlessly manages to get three non-scientists to grasp 4 dimensional space and time travel.

Are We Alone? The task is to work out the likelihood of alien life out there in the universe. Cue an extraordinary journey of discovery, involving tons of sand, huge machinery, some straightforward thinking and several amazing, head-exploding reveals.

Why Are We Here? This episode is truly mind-bending – can they work out why they exist at all? Featuring smashed glasses, spooky castles and a truly freaky flash-mob illustration of multiple universes, Why Are We Here? takes the subjects down a rabbit hole of deeply profound realizations.

Where Did the Universe Come From? Can we work out where the universe comes from? With the help of racing cars, ice-skaters, balloons and running tracks, Hawking leads his three intrepid souls to a deeper understanding of the evolution of the universe than the average physics major.

What Are We? A new set of volunteers explore self-assembling machines, light-up bacteria and the world’s first physical demonstration of evolution in action conspire to totally revolutionize their view of life. We discover not only that our bodies are machines of incredible complexity, but how they came to exist and how long it took for our lives to come about.

Where Are We? Volunteers use a helicopter, a boat and a powerful laser, can to prove the earth is round – and even measure it. Next they head off to the iconic Black Rock Desert to try and get a grip on the massive scale of the solar system.

In each of six episodes, renowned scientist Stephen Hawking presents three ordinary people with a series of physical and mental challenges to show them how to think like a genius.

The latest episodes of Genius are now available on iTunes.

Get it on iTunes