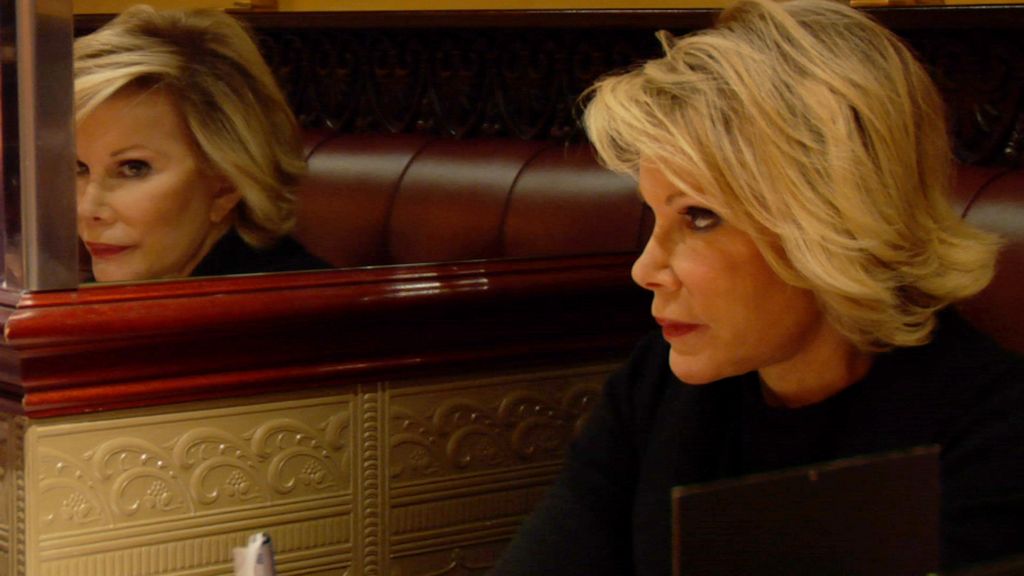 “Never be afraid to laugh at yourself,” comedian Joan Rivers once quipped, “after all, you could be missing out on the joke of the century.”

For Rivers, laughter was the best medicine (although she’d surely resent the cliché), and she used it as a means to confront the troubles in her own life, as well as in society. Joan Rivers may be something of a comedic legend — she was someone who could bring a crowd to their feet at every performance, whether they were giving a standing ovation or storming off in an angry huff — but the trajectory of her career was bumpy at its best, and catastrophic at its worst. Comedy carried her through difficult times.

In 1965, after over a decade spent performing at seedy late-night stages in New York City, her work reached a turning point when she was asked to perform on “The Tonight Show Starring Johnny Carson.” Her performance was a smash hit.

Rivers later recalled that “it was one of those nights, you know, where everything goes right…When the stars are in alignment, and the audience, we just connected…After nine years of working bungalow colonies and strip joints and working in Greenwich Village in clubs where you’d pass the hat and the hat wouldn’t come back, on the air, Carson said to me ‘You’re going to be a star.’ And I looked behind me, who the hell is he talking to? And it was absolutely magical, the two of us, absolutely magical.”

It wasn’t long before Rivers was invited back on Carson’s show – and the two quickly developed a deep friendship. She became a regular on “The Tonight Show,” often guest hosting for Carson when he was unavailable. She also performed on “The Ed Sullivan Show,” “The Mike Douglas Show,” and a host of others, establishing herself as a fixture not only in comedy, but in Hollywood.

By the mid-1980s, Joan Rivers was a household name. In the decades prior, she had worked as a featured columnist for The Chicago Tribune, directed a comedy starring Billy Crystal, published a book, and performed regularly on the Las Vegas Strip. She had also become a permanent guest host on “The Tonight Show.”

“People say that money is not the key to happiness, but I always figured if you have enough money, you can have a key made.”

In 1986, Rivers thought she had reached the pinnacle of her career. “After twenty years on ‘The Tonight Show,’ [Fox Television Network] came to me and offered me my own show,” Rivers recalled. They wanted Rivers’ husband, Edgar Rosenberg, to produce it. To Rivers, it was a dream come true. All the decades of hard work had led to this: to being the first ever woman to host a late-night talk show.

The opportunity, unbeknownst to Rivers at the time, would ultimately damage her career and lead to a series of heartbreaking losses – beginning with her friendship with Johnny Carson.

“Of course we said yes,” Rivers said. “The first person I called was Johnny Carson. He slammed the phone down, I called again, he slammed it down again, and never spoke to me again. Ever. I think he was furious and felt betrayed. I was now a competitor. He literally had me blacklisted and to this day, I have not been on NBC late night ever.”

As it turned out, “The Late Show Starring Joan Rivers” was far from the glamorous experience Rivers had anticipated. Soon, Carson became the least of her worries. “The Fox show, even before we were on air, was just a nightmare,” she later recalled.

Rosenberg did not get along with Fox executives Rupert Murdoch and Barry Diller. “There were fights about everything. About whether we should have a Coke machine or a Pepsi machine, M&Ms or Hershey Kisses. Finally, they called me in on a Thursday night, and they said, you have to fire Edgar. I couldn’t do it.”

Murdoch and Diller did not take kindly to Rivers’ refusal to fire her husband. On May 15th, 1987 — just seven months after “The Late Show Starring Joan Rivers” premiered — Rivers was sacked from her own talk show. Three months later, Rosenburg died by suicide.

“Everything just went to smithereens. He left me with no career, and a lot of debts because he wasn’t a good businessman, and a lot of tough times.”

Still, Rivers trudged on, as determined as ever.

“There are many self-help books by Ph.D.s, but I hold a different degree: an I.B.T.I.A.—I’ve Been Through It All,” Rivers once said. “This degree comes not on parchment but gauze, and it entitles me to tell you that there is a way to get through any misfortune.”

By 1989, she was back on television with the premiere of her daytime talk show “The Joan Rivers Show.” She proved that absolutely nothing could keep her down.

She channeled her grief and her anger into her jokes, once again connecting with audiences just by telling the truth. “Life is tough,” Rivers once said in an interview with NPR. “You better laugh at everything.”

Rivers found the angrier that she became, the funnier her jokes became, and the more her audience cheered her on. She was never afraid to push buttons, to cross the line, or to tackle the taboo.

“My husband wanted to be cremated. I told him I’d scatter his ashes at Neiman Marcus — that way, I’d visit him every day.”

Comedian Kathy Griffin grew up watching Rivers on television and was inspired by her audacity. She was unlike any other woman Griffin had ever seen. She “was so shocking and so funny,” Griffin remembered. “She was doing something that no other woman was doing.” Griffin, like so many women, strived to be as bold and brave as Joan Rivers. She was tired of apologizing — and one thing Rivers did not do was apologize for speaking the truth.

Rivers proved that nothing — from tackling comedy as a woman in the 1950s to losing her late-night show and her husband within months of each other — could bring her down. Laughing, she knew, was not merely a way to rebel against the pain, it was also the only way she could live with it.

“Part of my act is meant to shake you up,” Rivers explained. “It looks like I’m being funny, but I’m reminding you of other things. Life is tough, darling. Life is hard. And we better laugh at everything. Otherwise, we’re going down the tube.” 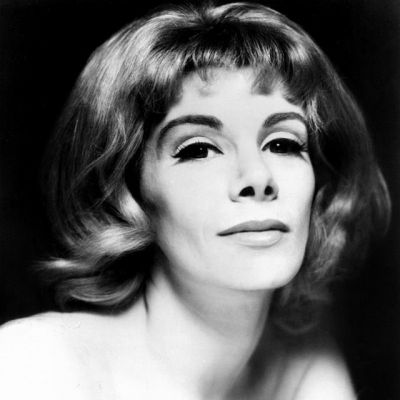