Elia Kazan, one of America's great directors, was to receive a Lifetime Achievement Award, and this honor had divided Hollywood. 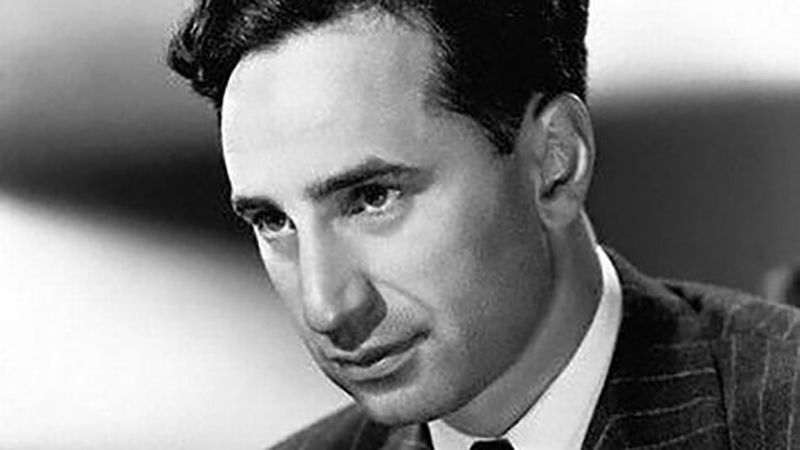 In the early morning hours of March 21, 1999, Hollywood was completing the final preparations for its annual celebration of itself. Workers were laying red carpet and polishing huge statues. Cameramen and reporters jockeyed for position to catch glimpses of Hollywood’s royalty as they arrived at the Academy Awards. Over these images we hear news reports that set the stage for what promised to be a uniquely controversial evening.

There was the normal buzz about Best Picture, Best Actor, Best Outfit. But this year, along with the manufactured glitz and glamour, there was an anger and vitriol nearly fifty years old. Elia Kazan, one of America’s great directors, was to receive a Lifetime Achievement Award, and this honor had divided Hollywood.

Now eighty-nine years old, Kazan’s impressive body of work includes such late 1940s and early 50s films as ON THE WATERFRONT, EAST OF EDEN, A STREETCAR NAMED DESIRE, GENTLEMAN’S AGREEMENT, and A FACE IN THE CROWD. On the surface, the controversy is straightforward. In 1952, Kazan appeared before the House Committee on Un-American Activities and named eight of his old friends from the Group Theater who in the 1930s, along with him, had been members of the American Communist Party.

Many in Hollywood are still outraged about that time in U.S. history when people who were blacklisted by the studios-writers, directors, and actors-never worked again, fled the country, worked under aliases, or even, in one extreme case, committed suicide.

Kazan’s testimony was a bitter pill for many on the left. It was widely perceived that, unlike so many others, Kazan had an alternative to naming names: the Broadway theater. Broadway did not have a blacklist. Its financing was too diffuse, which made it impossible for a few men to institute a blacklist as had been done in movies, radio, and television. Besides, there was no director more in demand in the theater than Elia Kazan. For those looking at Kazan’s actions from the other side of the blacklist, Kazan’s decision to name names was not about principle, it was about money.

Norma Barzman, Lee Grant, Jules Dassin, Walter Bernstein, all victims of the blacklist, among others, cannot forgive Kazan for what he did. As Barzman explains, “His lifetime achievement was the destruction of lives.” Abraham Polonsky, himself blacklisted in the 50s, has this to say: “I hope somebody shoots him. It will be an interesting moment in what otherwise promises to be a dull evening.”

But Kazan has his champions-some who think he was right to do what he did, others who think his body of work important enough to justify the recognition. “I think it’s very brave of the Academy to honor him,” said actor James Coburn, himself nominated for Best Supporting Actor. In fact, there are many in Hollywood who support the Academy’s decision to honor Kazan, among them Karl Malden, Warren Beatty, Robert De Niro, and Martin Scorcese.

One of Kazan’s defenders is Arthur Miller, much to the disappointment of many on the left. Miller is one of the heroes of the McCarthy Era. He defied the House Committee on Un-American Activities (HUAC) in 1956, and refused, unlike Kazan, to name those whom he knew to be “fellow travelers.” For this he was held in contempt of Congress, fined, and sentenced to jail time.

And yet, Miller sided with those who believed Kazan should be honored. “My feelings toward that terrible era are unchanged,” he wrote in The Guardian, “but at the same time history ought not to be rewritten. Elia Kazan did sufficient extraordinary work in theater and film to merit acknowledgement.”

At the time of Kazan’s testimony in 1952, no one was closer to the Director. Kazan had directed two of Miller’s plays: All My Sons, and Death of a Salesman. Miller had written a screenplay about the Brooklyn waterfront, “The Hook,” for Kazan to direct. They even had an affair with the same woman: Marilyn Monroe. According to both men they were “like brothers,” “the same fellow.” And yet, when Kazan named names, their friendship was irrevocably torn. For ten years the two men did not speak to each other, would not acknowledge each other’s existence.

Yet during that period of estrangement, Miller and Kazan did speak to each other through their work: Miller condemned the hysteria of the McCarthy era in his play
“The Crucible,” Kazan justified the role of the informer in his Academy-Award winning film On the Waterfront, Miller disparaged the informer in “A View from the Bridge.” Shortly after the Broadway premier of “Bridge” Miller was called before HUAC where he, unlike Kazan, refused to name names. A whole era can be seen through the lives and works of these two men.

Arthur Miller and Elia Kazan never regained the close friendship they shared in the late 40’s and early 50’s. Too much had intervened. In fact, the two men had come to embody the deep divisions that tore this country apart during the McCarthy era. Miller, who struggled at the time so mightily with his personal moral failing, emerged as the exemplar of courage in face of the Red scare. He has even taken on an aura of saintliness over the years. Kazan occupies the other end of the spectrum: a man defined almost entirely by his decision to name names. For many, Kazan’s brilliant career-all that he contributed to the theater, to film, to letters-will be tainted by a single decision he was forced to make some fifty years ago.

That friendship, and its sundering, is the primary focus of None Without Sin. Through Miller and Kazan, the film explores the blacklist: its origins, the key agents of the Red Scare, and the damage done not only to those subpoenaed, but to America’s political system as well. But unlike the debate that swirled around the Kazan Oscar, None Without Sin paints a portrait of this time in appropriate shades of gray, finding-in the words of the blacklisted writer Dalton Trumbo-“neither villains or heroes.” The film not only considers the motivations of those who defied or capitulated to HUAC, but also examines those who were truly responsible for the suppression of legitimate dissent in this era: men like Parnell Thomas, Joseph McCarthy, Francis Walter, and the Hollywood moguls who instituted the blacklist. 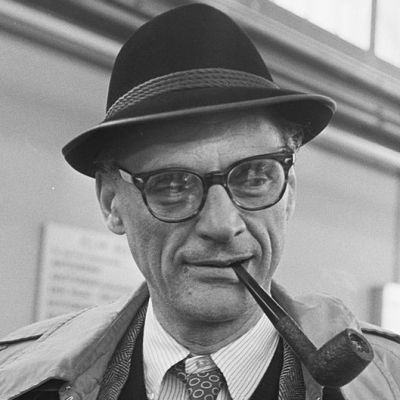 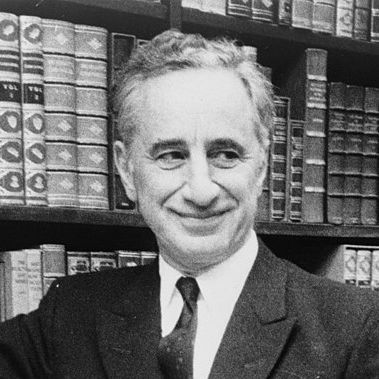