Mae West didn’t invent sex, but she certainly perfected the art of talking about it. The Broadway-turned-Hollywood bombshell was brash, brassy, and had an appetite for trouble. In short, she was no angel, and proud of it. West broke ground with her characterizations of women and sex, laying the foundation for a number of stars to follow, including Madonna, Beyoncé, and Cher. What more, her sharp wit and quick tongue likely made her the center of any dinner party. And when it came to sex and men, she always had the perfect thing to say.

Let’s begin with some of her iconic lines. Perhaps her most quoted is the one she initially never said at all—at least not in these exact words:

“Come up and see me sometime.”

Once this phrasing became popular, she adopted it and even recorded a song with the same title:

Even at just 5 feet tall, West was a towering figure, pushing boundaries with every medium she touched. She was arrested over her Broadway play “Sex” before setting her sights on Hollywood, where her film career was book-ended with off-color characters, from her early work in “She Done Him Wrong” and “I’m No Angel” in 1933, to her final film “Sextette” in 1977. Yes, even well into her 80s, West was uttering lines like:

“Is that a gun in your pocket, or are you just glad to see me?” -from “Sextette” 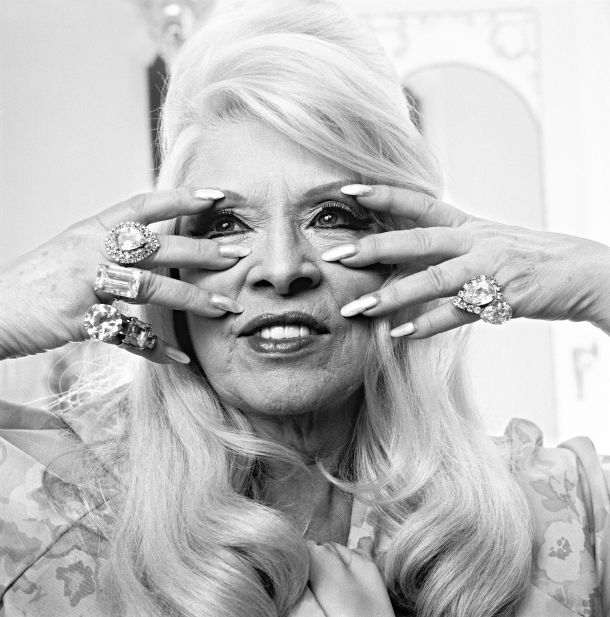 Her aforementioned earlier movies introduced West to broader audiences. In “I’m No Angel,” which she both wrote and starred in, her character Tira shimmies her way into a circus act that leads her to fame and into the arms of wealthy men (including a young Cary Grant). It’s in this film that West reminds us:

“It’s not the men in your life that counts, it’s the life in your men.”

Mae West as Tira does a “muscle dance” in the film “I’m No Angel” in 1933. Photo: Alamy Stock PhotoAnd offers this valuable advice:

In “She Done Him Wrong,” which was adapted from West’s play “Diamond Lil,” the actress plays Lady Lou, a late 19th century saloon singer with a proclivity for diamonds, and, well, men. Lou is surrounded by seedy characters and gets into a jam of her own. Perhaps it’s from experience that West, as Lou, informs us:

“When women go wrong, men go right after them.”

And with a parade of men at her feet, can you blame her for treating marriage with ambivalence?

“He’d be the kind a woman would have to marry to get rid of.”

But West was more than just the characters she portrayed, though she shared many of the same attributes. In 1959, she was interviewed on the popular TV series “Person to Person.” During the interview, she took viewers on a tour of her apartment, replete with mirrors “for personal observation.” As she stated, “I always like to know how I’m doin’.” It was during this interview that she revealed to host Charles Collingwood:

Censors had their say, and the episode never aired.

But West got the final word—more than a word, in fact. In her aptly titled 1959 memoir, “Goodness Had Nothing to Do with It,” the icon explained her relationship with sex:

“Sex and I have a lot in common. I don’t want to take any credit for inventing it—but I may say, in my own modest way, and in a manner of speaking—that I rediscovered it.”

And now fans are rediscovering Mae West, that bawdy, unapologetic gal who kept censors on their toes and men begging to come up to see her sometime.