The Alps are the highest and most extensive mountain range system that lie in south-central Europe. The mountain range stretches approximately 750 miles (1,200 kilometers) in a crescent shape across eight Alpine countries: France, Switzerland, Monaco, Italy, Liechtenstein, Austria, Germany, and Slovenia. 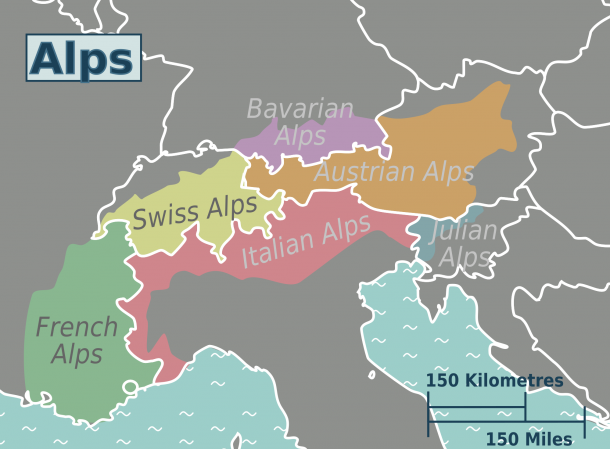 The Alps are an interzonal mountain system (Orobiome), or a “transition area” between Central and Mediterranean Europe. The Alps have high habitat diversity, with 200 habitats classified throughout the mountain range. This mountain range is home to a high level of biodiversity.

According to the World Wildlife Foundation (WWF), there are over 4,500 species of plants, 200 bird species, 21 amphibian species, 15 reptile species, and 80 mammal species. Many of these species have made adaptations to the harsh cold conditions and high altitudes.

Of the 21 total species of amphibians, only one is endemic, Salamandra lanzai. There are fifteen reptile species are present, including adders and vipers.

According to WWF, the Alps are one of the regions with the richest flora and fauna in Europe, second only to the Mediterranean. There are about 4,500 species of vascular plants, 800 species of mosses, 300 liverworts, 2500 lichens and more than 5000 fungi found in the Alps. About 8 percent of the vascular species are endemic. The variety of habitats in the Alps helps to promote the uniqueness of Alpine flora, along with the harsh environmental conditions that drive species to change and adapt. 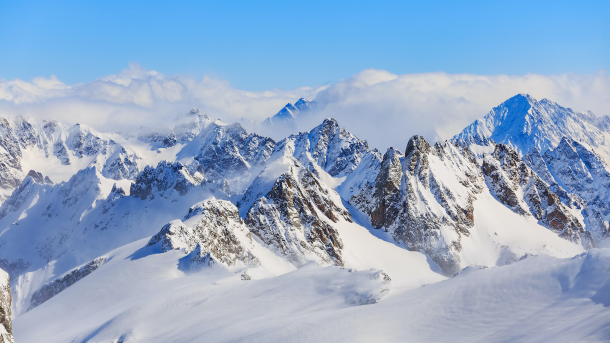 The Alps provide lowland Europe with drinking water, irrigation, and hydroelectric power. Although the area is only about 11% of the surface area of Europe, the Alps provide up to 90% of water to lowland Europe. Major European rivers flow from the Alps, including the Rhine, the Rhône, the Inn, and the Po.

The major glacierized areas in the Alps are situated along the crest of the mountain chain, with the largest glaciers often found at the highest elevations. There are smaller glaciers scattered throughout the Alps.

The Swiss Alps is known for glaciers, containing around 1,800 glaciers. The region’s glaciers include the longest glacier in the Alps: the Aletsch Glacier.