This piece comes to us from Simon Nampindo,  the Country Director for Wildlife Conservation Society (WCS) Uganda. 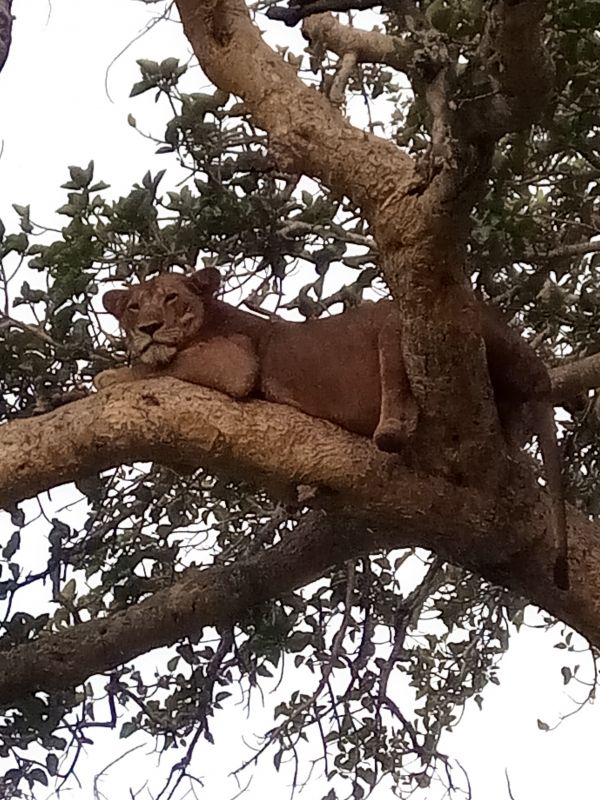 Jacob the lion resting in a tree. (c) Bazil Alidria/WCS.

Jacob is a seven-year-old male lion whose range overlaps Uganda’s border with the Democratic Republic of Congo.

In 2018, Jacob was one of 11 lions that our WCS Uganda team, with support from the Lion Recovery Fund, fitted with satellite collars embedded with GPS tracking. The collars enable us to monitor the lions’ movements in real time and minimize fatalities caused by poaching and human-wildlife conflict, two major threats.

Earlier this year, Jacob’s collar also allowed us to help save his life after he lost his left hind leg to a poacher’s trap.

Jacob belongs to a small population of 100 rare tree-climbing lions popular among tourists in Queen Elizabeth National Park. He lives in a pride of eight lions that also includes two females, one adult male (suspected to be Jacob’s father), two brothers (sub adult males presumed to be his brothers), and three cubs. This pride is also often joined by four other females. 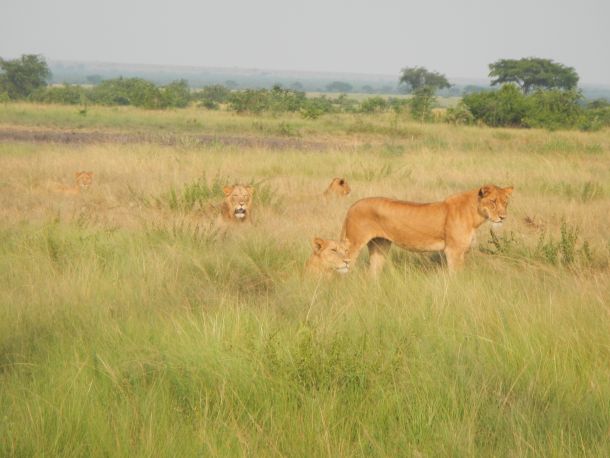 Jacob (center) with his sisters and brother (back) in the park.

The incident that took Jacob’s leg occurred in the Democratic Republic of Congo (DRC) in June when he stepped on a wheel trap (also known as a bear or gin trap), commonly used in the country to illegally hunt buffaloes and hippos.

Lions rarely escape these traps, and usually suffer a terribly cruel, drawn out death. Jacob was lucky. He freed himself, but only by losing most of his lower left hind leg to the trap.

For three months after Jacob’s injury, his collar showed little movement. However, there wasn’t much local rangers could do to help him—there is no formal transboundary collaboration mechanism with the Congolese Institute for the Conservation of Nature (ICCN) that would allow the team to easily cross the border. 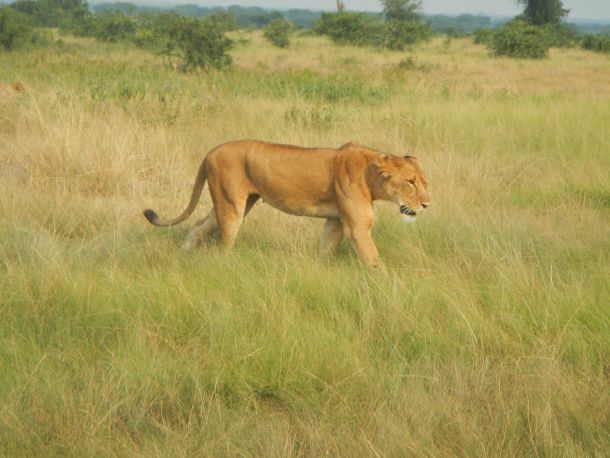 One of Jacob’s sisters walking in the park. (c) Bazil Alidria/WCS.

Luckily, in August, Jacob made his way slowly back across to Uganda. A team of rangers and WCS field staff leapt into action. A hand-held receiver connected to a directional antenna enabled them to track him down. When they found Jacob, he was gravely injured as expected and exhausted.

They washed Jacob’s wound with an antiseptic and gave him antibiotic capsules (placed in a chunk of game meat, which he ate once awake) to avert further infection and promote faster healing.

Rehabilitating lions in the wild is common practice in Uganda as the country does not have a rescue station other than the Uganda Wildlife Education Center at Entebbe, which is crowded with other rescued wild animals. 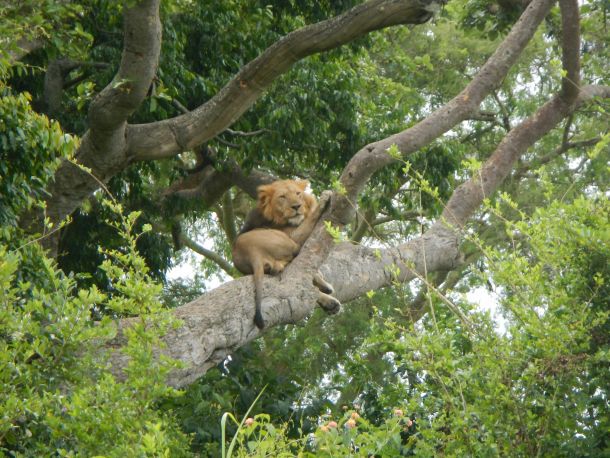 It seems to be working in this case. Six months later, Jacob has greatly improved and is occasionally seen with prey by the rangers. WCS’s Alidria has spotted Jacob with his mother (Jessica), his two sisters, and two brothers, who help to keep him alive by bringing him food to eat and providing him with social comfort.

Danger still looms for Jacob. A fight with buffaloes could leave him vulnerable or a coalition of rival male lions could see his injury as an opportunity to make an incursion on his pride.

Going forward, Jacob will remain disabled and heavily reliant on his pride for protection and feeding, but there is plenty of food available in the park, particularly antelopes. Provided he can avoid the threats posed by buffaloes, competing lions and people, his chance of surviving is very high.