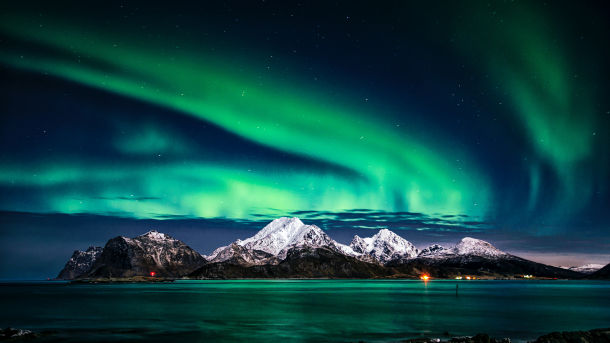 Aurora: a colorful light show in the sky caused by the interaction between Earth’s magnetic field and charged particles from the sun.

An aurora is a natural light display in the Earth’s sky, predominantly seen in high-latitude regions. Auroras are the result of disturbances in the magnetosphere caused by solar wind.

The word “aurora” is derived from the name of the Roman goddess of the dawn, Aurora, who traveled from east to west announcing the coming of the sun.

They then collide with oxygen and nitrogen atoms, knocking away electrons to leave ions in excited states. The particles interact with gases in Earth’s atmosphere resulting in beautiful displays of light in the sky. Oxygen typically glows green and red, while nitrogen gives off blue and purple light.

Auroras are best seen at night. They take many colors and forms. The lights are often green and red, but also purple, blue and yellow. Some of the forms include luminous curtains, arcs, bands, and patches.

Auroras are shaped by Earth’s magnetic field, and these forms are consistent with this formation. The appearances of arcs, rays, curtains, and coronas are determined by the shapes of the luminous parts of the atmosphere, as well as a viewer’s position.

The uniform arc is the most stable form. It can persist for hours without noticeable variation. Other forms may appear during a great display and this uniform arc can undergo dramatic variation. 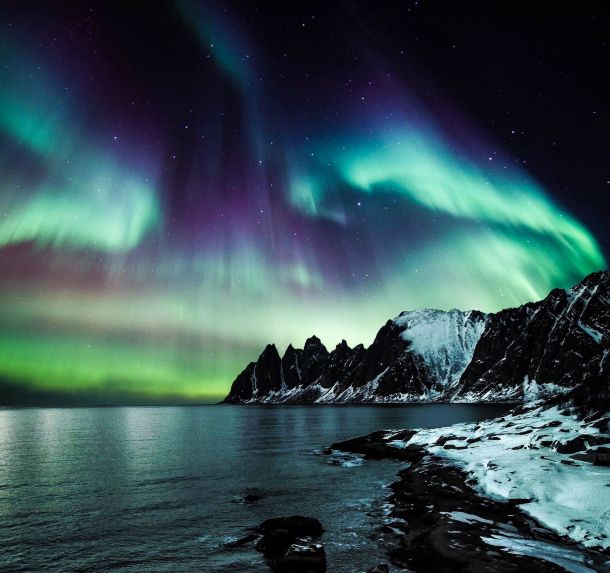 Photo by Tobias Bjørkli from Pexels.

Auroras primarily occur in high latitudes of both hemispheres in areas known as the ‘auroral zone.’ These areas are near the poles of the Arctic in the north and Antarctic in the south.

Auroras are not only found on Earth but also on other planets, including Saturn and Jupiter. A planet will likely have auroras if it has an atmosphere and magnetic field, they probably have auroras. Similar to Earth, the lights have been seen near these planet’s magnetic poles.