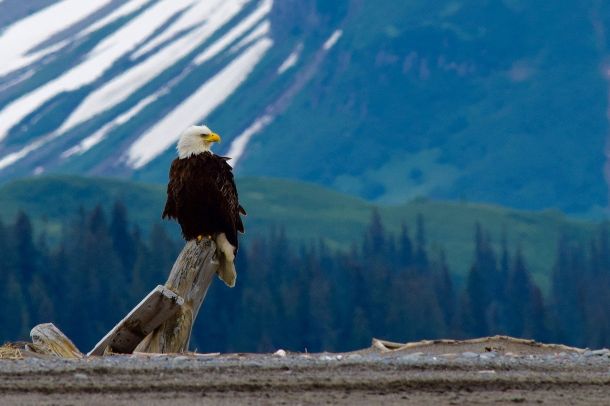 The bald eagle is the national bird of the United States. It can be found on the U.S. seal, stamps, coins and much more. The founders of the United States wanted a bird to symbolize a nation they hoped would be strong and powerful and one that could soar high in the sky to represent freedom. To fit this description, the founders chose the bald eagle, which is an eagle species found only in North America. 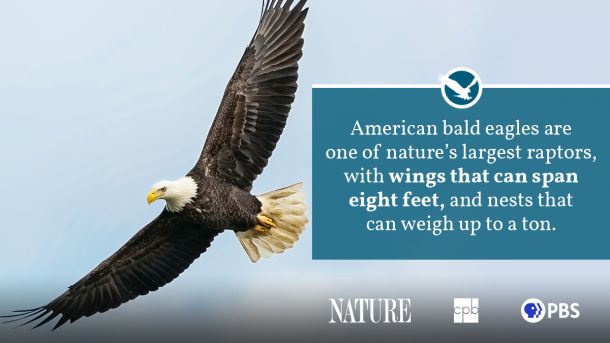 American bald eagles are one of nature’s largest raptors, with wings that can span eight feet. Even their nests can weigh up to a ton. 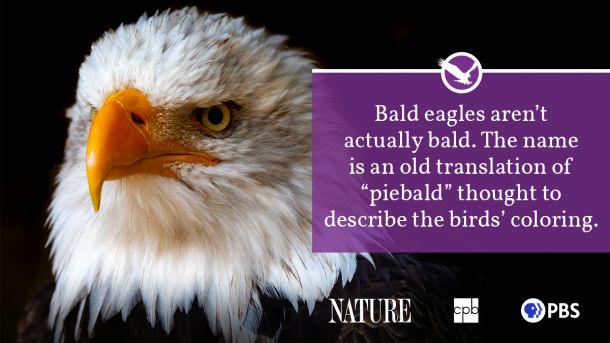 Despite what their name may suggest, bald eagles aren’t actually bald. The name is an old translation of “piebald” thought to describe the birds’ coloring, meaning “white-headed.”

Their beak is large and hooked. On their wing feathers, they have black pigment, which has been found to strengthen the feathers against breakage when diving into the water.

Bald eagles are often found near bodies of water to be close to their favorite food — fish. They can capture fish with their spiny scales and sharp talons on their toes. They also have rough pads on the bottom of each foot to help grip slippery food.

Large groups of Bald eagles will gather along rivers in Alaska when salmon is abundant. When fish are scarce, they also hunt small mammals like rabbits, squirrels and even young deer. At times, they may scavenge food from other birds or visit human garbage dumps. 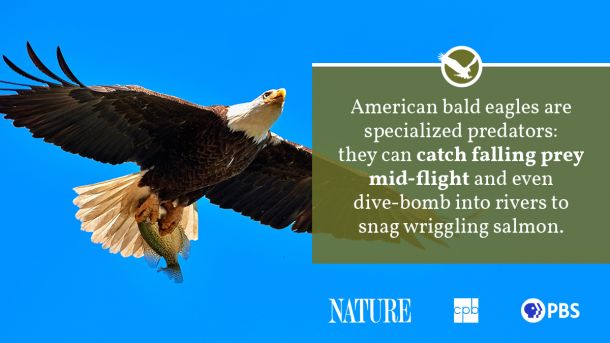 Bald eagles are adaptable birds. While they are mostly found in the forest and tundras of Alaska and Canada, they can also be found in Florida’s mangrove swamps. They are almost always found near water, such as lakes, sounds, or seas.

Bald eagles are found throughout North America from Canada and Alaska to Mexico. 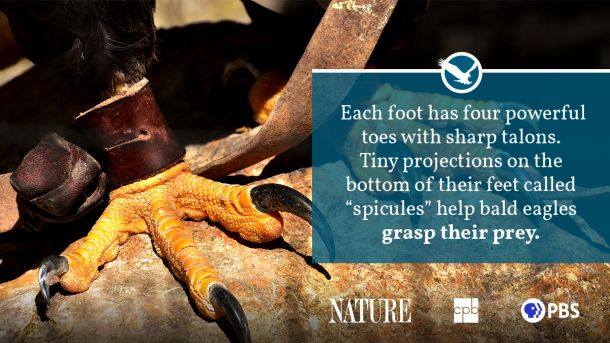 It is believed that bald eagles mate for life, and the pair builds a nest together. Once the nest is to the eagles’ liking, the female lays one to three eggs. The mother lays her eggs several days apart, once a year. Both parents take turns keeping the eggs warm day and night until they hatch.

The first chick to hatch has an advantage over its younger siblings, as it had more time to grow. The oldest, biggest eaglet may even kill its smaller, younger siblings over food. This is a survival strategy for the eagles, ensuring that at least one chick gets a good chance at living to adulthood. Most eagles do not survive the first year. While they are young, both parents help care for the eaglets. The mother does most of the chick-sitting, while the father provides the food for the family.

At birth, eaglets are a fluffy, light gray color. At 12 weeks old, about the time that they leave the nest, they turn a dark brown. Their head and neck feathers don’t turn white until they are mature. 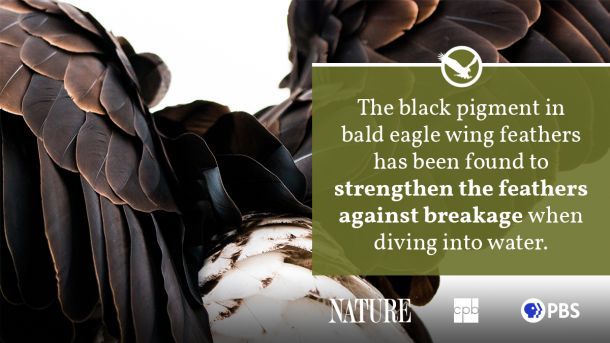 Bald eagles are believed to mate for life. Their courtship involves elaborate calls and flight displays. One way that bald eagles impress each other is through a special aerial courtship dance in the sky. The male and female lock on to each other’s talons and tumble and twist in the air. They let go at the last second, just before reaching the ground.

Once bald eagles find a mate, they look for a spot to build their nest. They look for a spot where the fishing is good, where the trees are tall and where there are few disturbances. The pair then builds their nest high in a sturdy tree. They continue to add to their nest year after year, with twigs, grass, branches and feathers. Eagle nests can grow to be massive. The largest nest, found in Florida, weighed 2 tons and measured 9 feet across and 20 feet deep. 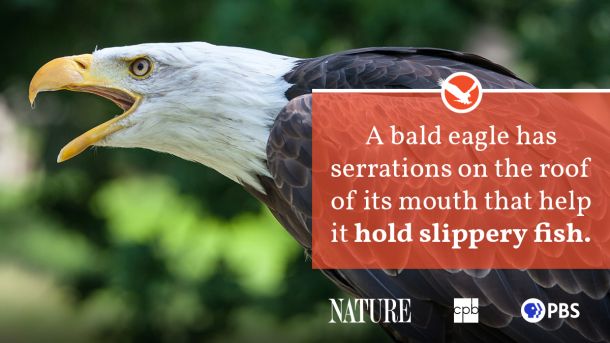 The median life expectancy for Bald eagles is 16.5 years.

Bald eagles are at the top of the avian food chain, and their only natural enemies are bears and wolves. Therefore, the largest threat to bald eagle populations is humans. Their populations started declining in the late 1800s when they started to be killed for sport. Later, in the mid-1900s, farmers started using pesticides to protect their crops from insects. Unbeknownst to the farmers, this pesticide use had adverse impacts on bald eagles, who ate fish from bodies of water that had been contaminated by overuse of the poison. The widespread use of pesticides disrupted eagle reproduction, and forests, where eagles nested, were cleared.

While biologists once estimated that up to 500,000 eagles soared the sky, their numbers dropped drastically during this time. 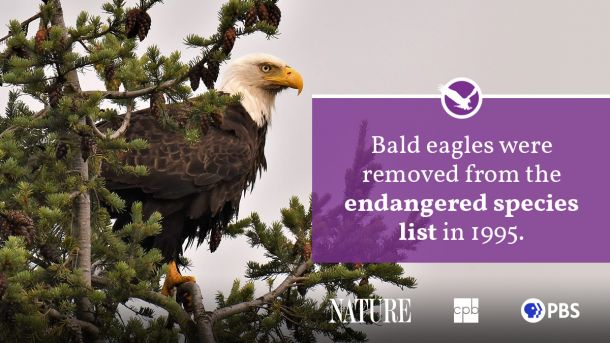 In 1978, the eagle was one of the first species to be given protection under the Endangered Species Act. Later, President Ronald Reagan proclaimed 1982 the Bicentennial Year of the American Bald Eagle and noted June 20, 1982, as National Bald Eagle Day. At the time of this resolution, bald eagles were endangered in 43 states.

Since their dramatic decline, pesticide use has become better regulated.