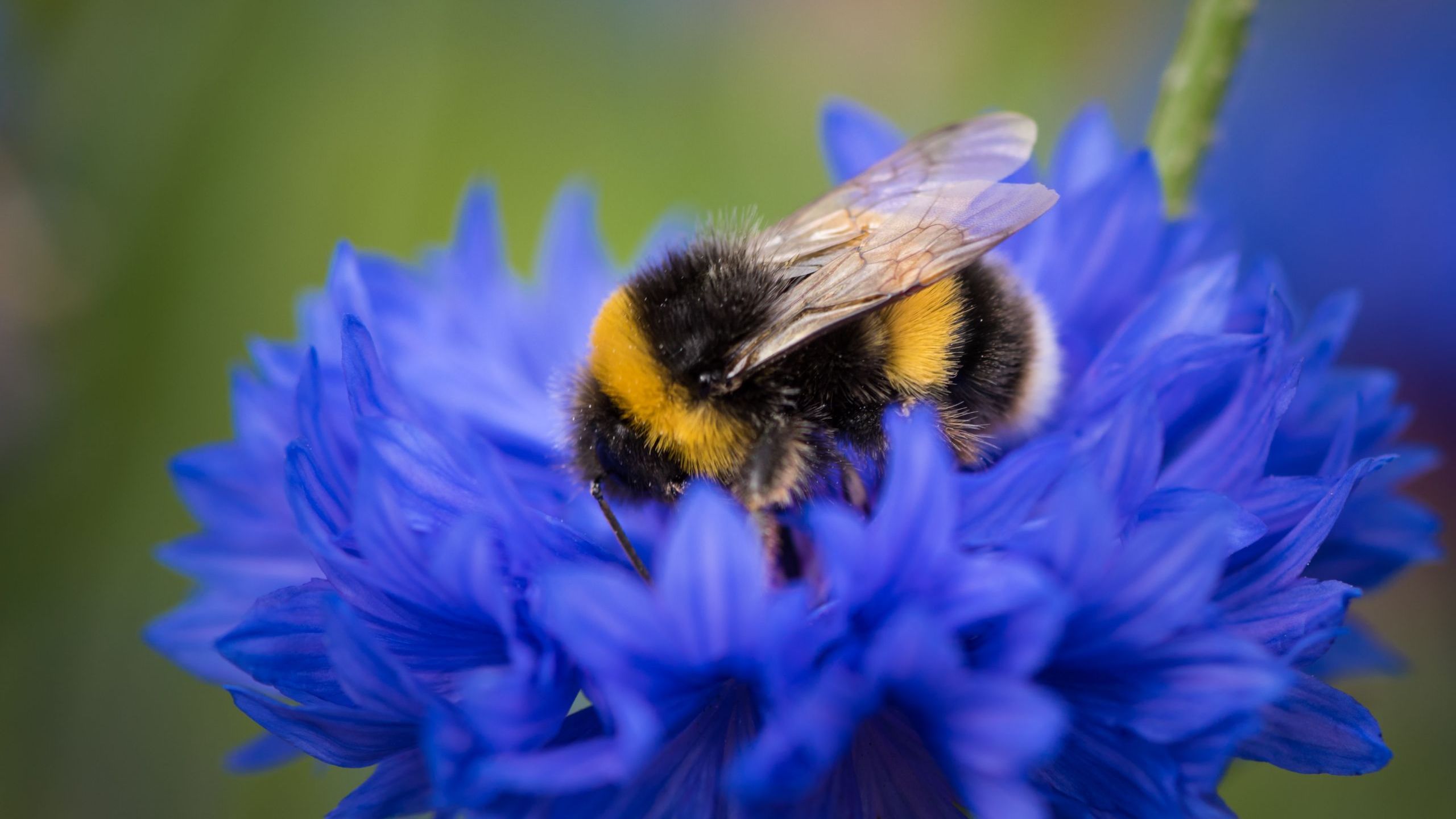 Bumblebee: any of over 250 species in the genus Bombus.

There are over 250 species of bumblebees. They fall in the genus Bombus and are part of Apidae, one of the bee families. 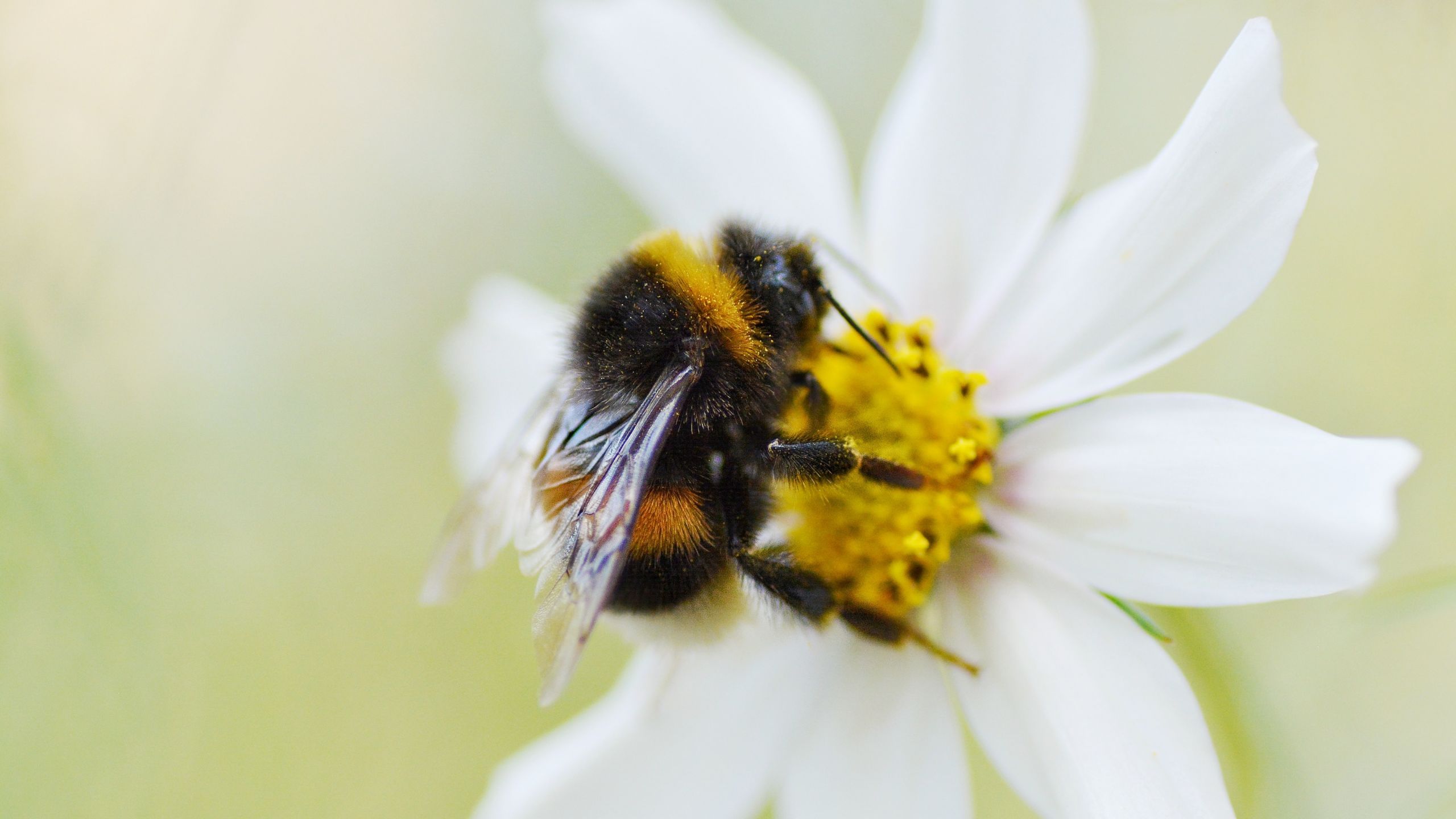 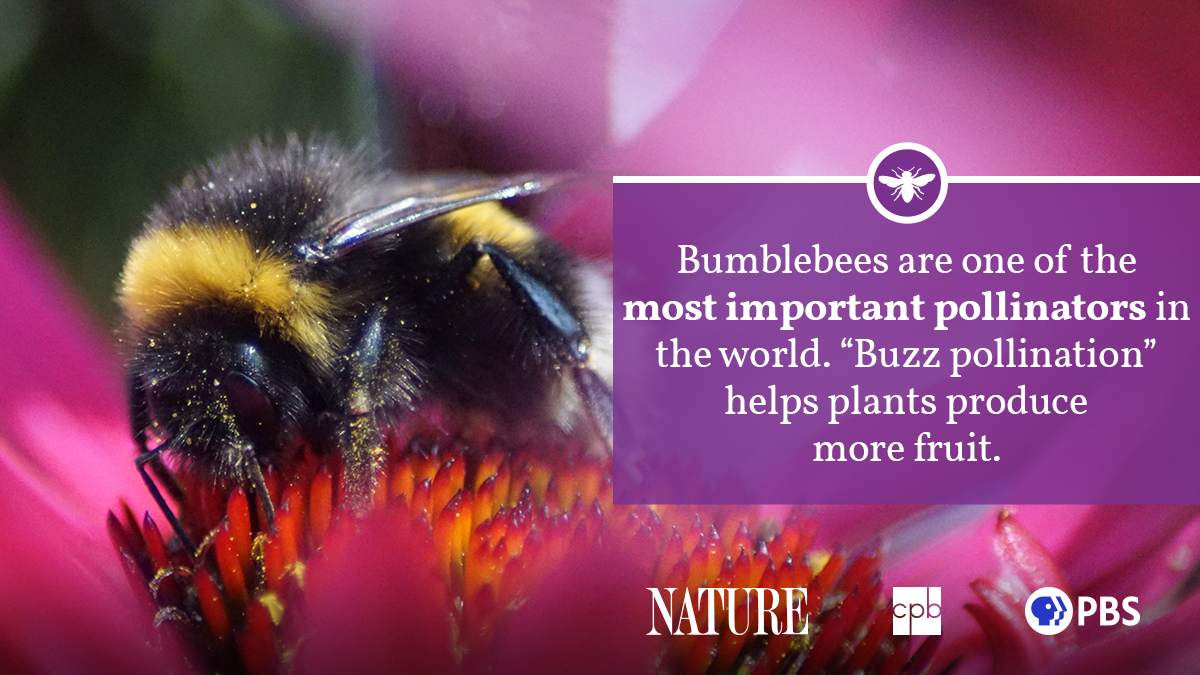 Bumblebees have round bodies covered in soft hair called ‘pile’, making them appear and feel fuzzy. They have aposematic, or warning, coloration, often consisting of contrasting bands of color. They are typically black and yellow but some species are orange or red. Their color patterns help to distinguish different species.

In comparison to their honeybee cousins, bumblebees are larger, broader and stouter-bodied than honeybees. While honeybees have short tongues to pollinate open flowers, some bumblebee species have long tongues to collect nectar from flowers that are closed into a tube. Bumblebees have fewer stripes or none at all, and usually have part of the body covered in black fur. Meanwhile, honeybees have many stripes including several grey stripes on the abdomen. 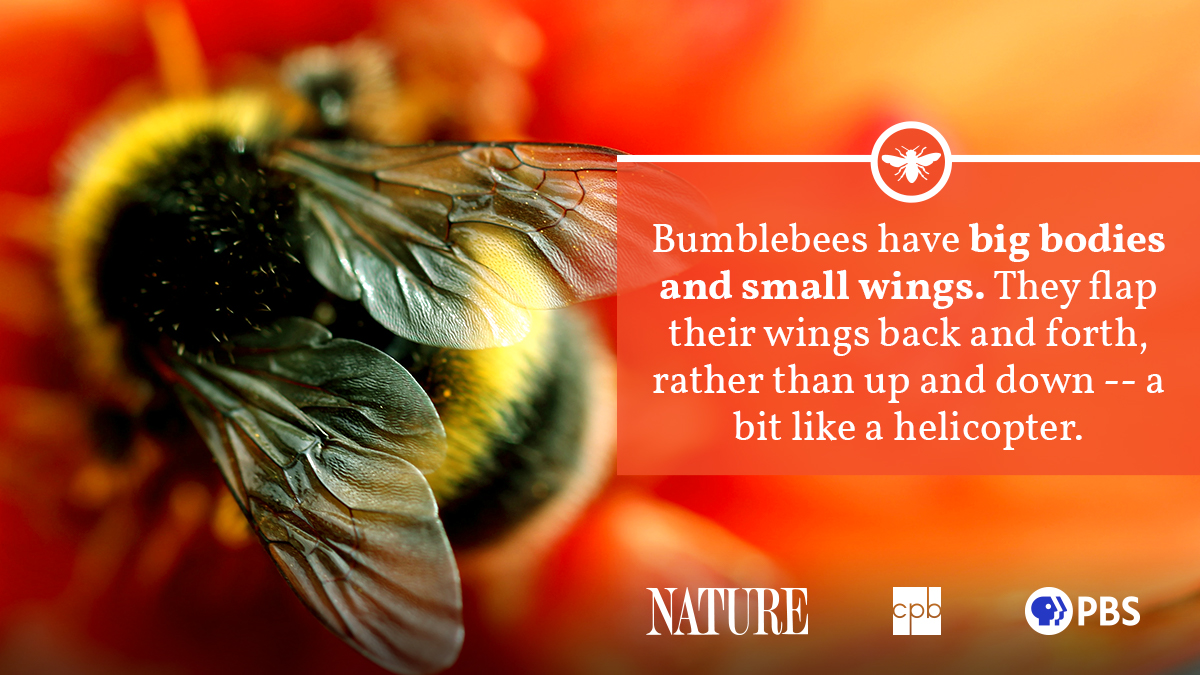 Bumblebees feed on nectar and pollen. They use their long, hairy tongues to lap up the liquid. Bumblebees gather nectar to add to the stores in the nest, and pollen to feed their young.

Bumblebees are often found in temperate climates at higher latitudes and altitudes than other bees. However, there are a few lowland tropical species that exist. A few species can be found in very cold climates where other bees might not be found. For example, the Bombus polaris can be found in the northern Ellesmere Island in the high Arctic. 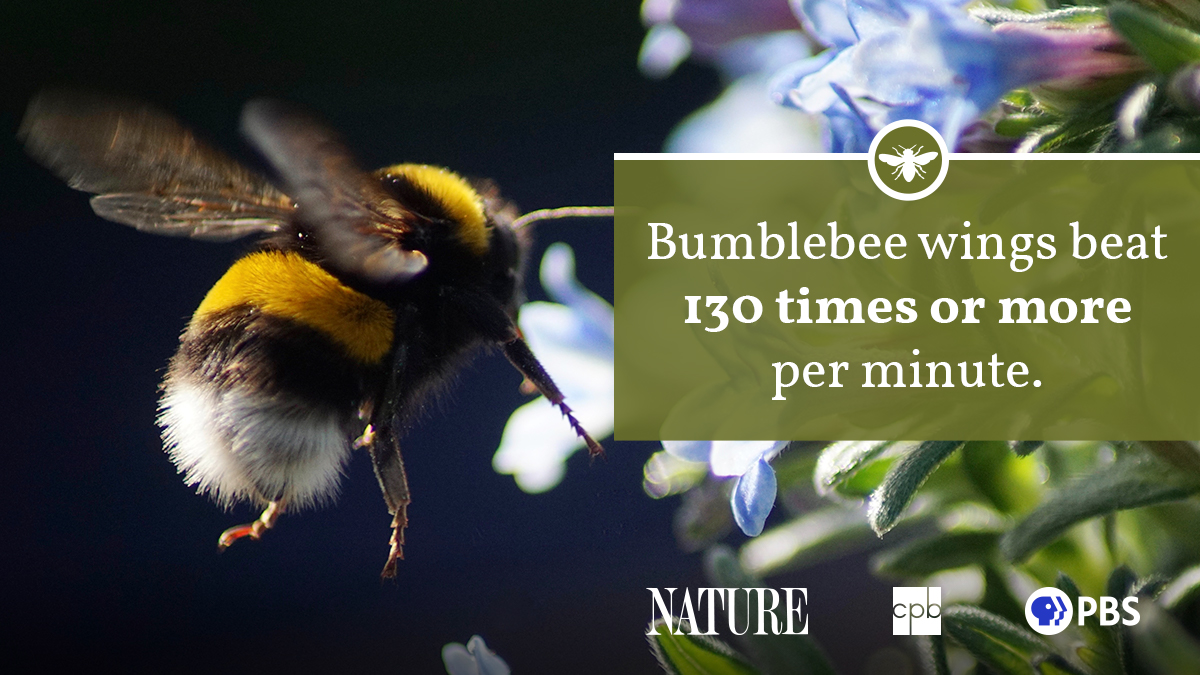 They are found primarily in higher altitudes or latitudes in the Northern Hemisphere, although they are also found in South America, where a few lowland tropical species have been identified. European bumblebees have also been introduced to New Zealand and Tasmania. 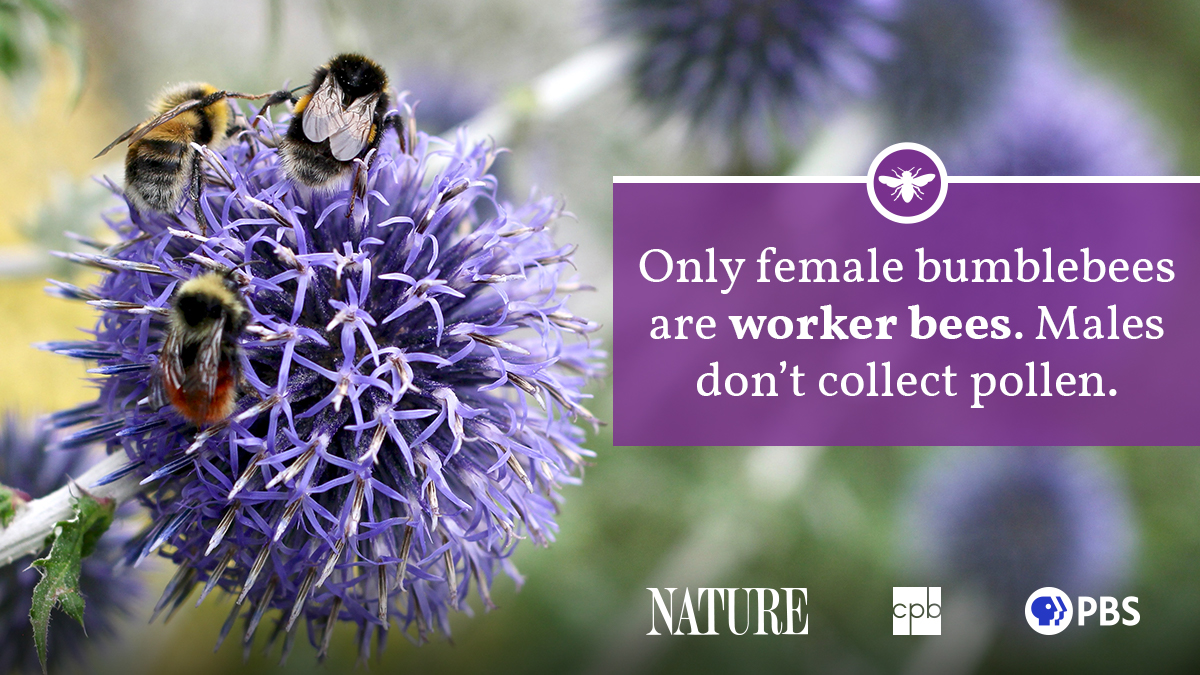 Many species of bumblebee follow a similar trend within the year. In autumn, young queens, called gynes, leave the nest and mate with males, called drones. As the weather cools, the drones and workers die and the young queen survives in a resting state, known as diapause until the weather warms up. The queens survive the winter by eating intensively prior to diapause and generally staying below ground.

In the early spring, when the temperature warms up, the queen comes out of diapause and finds a suitable place to create her colony. She builds wax cells to lay her eggs. The ovaries of the fertilized queen only become active when the queen starts to lay eggs. She stores the sperm from mating in a chamber called the spermatheca. She may allow her egg to be fertilized. The unfertilized eggs become males and the fertilized eggs grow into females and queens. In the female worker bees, the hormones that stimulate the development of the ovaries are suppressed, so the queen remains dominant.

The larvae are fed nectar for carbohydrates and pollen for protein. For the first brood, the queen goes back and forth to collect from nearby flowers. After around two weeks, the larvae spin a cocoon, where they develop into adult bees. The first brood of offspring are all ‘worker’ females and will carry out work inside and outside of the nest. From this point on, the queen will not leave the nest. Instead, she will remain inside, laying more eggs and ordering her workers around.

As the season progresses, the colony grows progressively larger and eventually begins to produce males and new queens, allowing the colony to reproduce. Typically, the male bees leave the nest and do not return. Instead, males spend their time feeding on nectar from flowers and trying to mate. New queens also leave the nest and mate soon after. Once mated, new queens prepare for diapause. 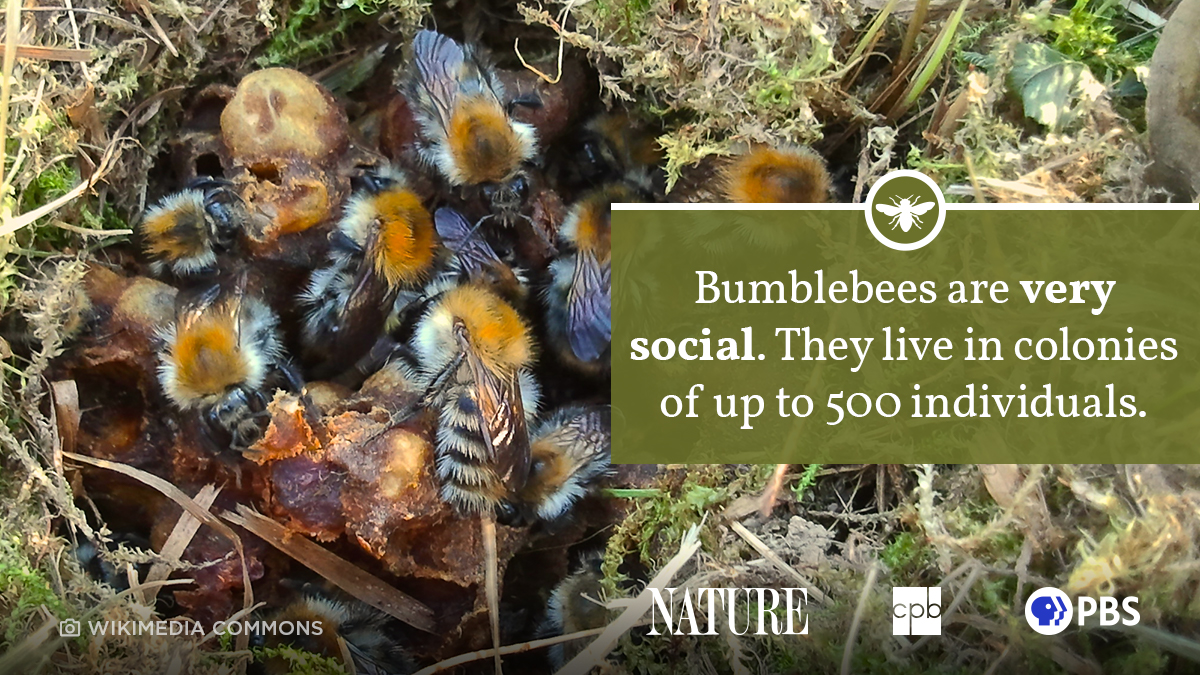 Bumblebees are social creatures. Their nest size depends on the species of bumblebee. On average, bumblebee colonies range from 50 to 400 individuals, with some as small as 20 individuals and others as large as 1700 individuals. Their nests are small in comparison to honeybees, which hold about 50,000 bees. The colony includes the queen bee, the worker bee and male bees.

Many species nest underground to avoid direct sunlight that could result in overheating, while other species make nests above ground in thick grass or in holes in trees. The nest is often not organized with the cells clustered together untidily. Nests in temperate regions last only for a single season and do not survive the winter. 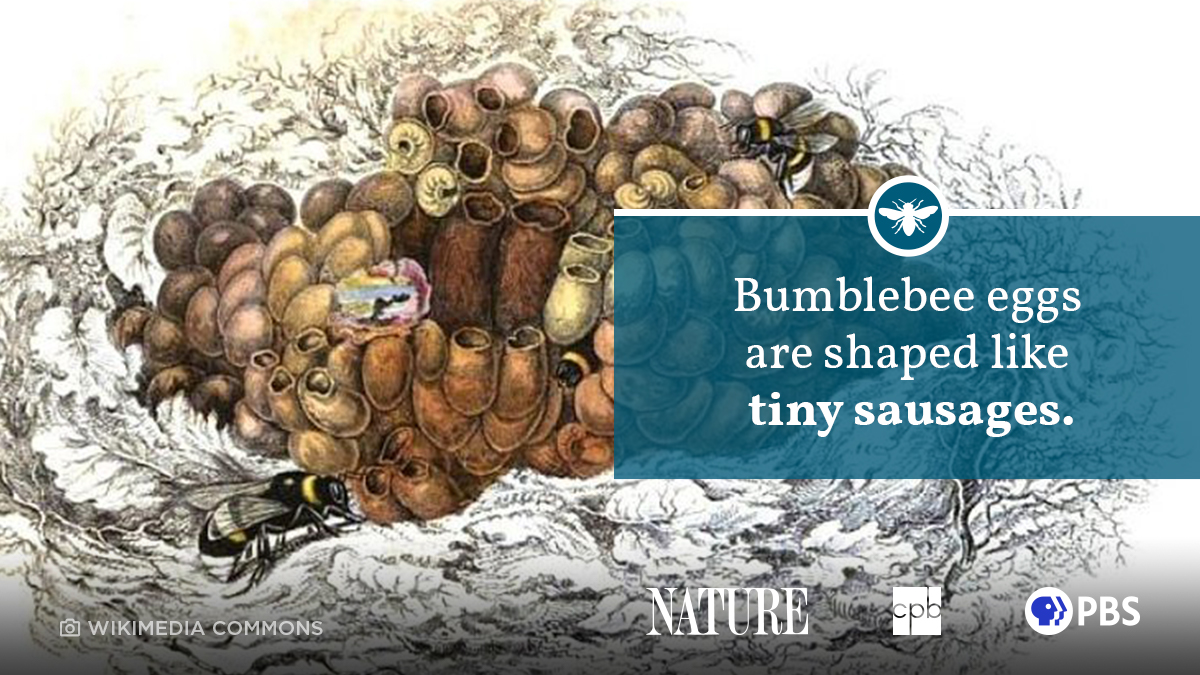 The worker’s lifespan can range from a couple of weeks to a month. On average, they usually live for about 28 days. Meanwhile, the queen can live longer, typically she lives until her colony dies out, which can last a few months.

Bumblebees face many threats, such as habitat loss, disease, pesticide use and climate change. 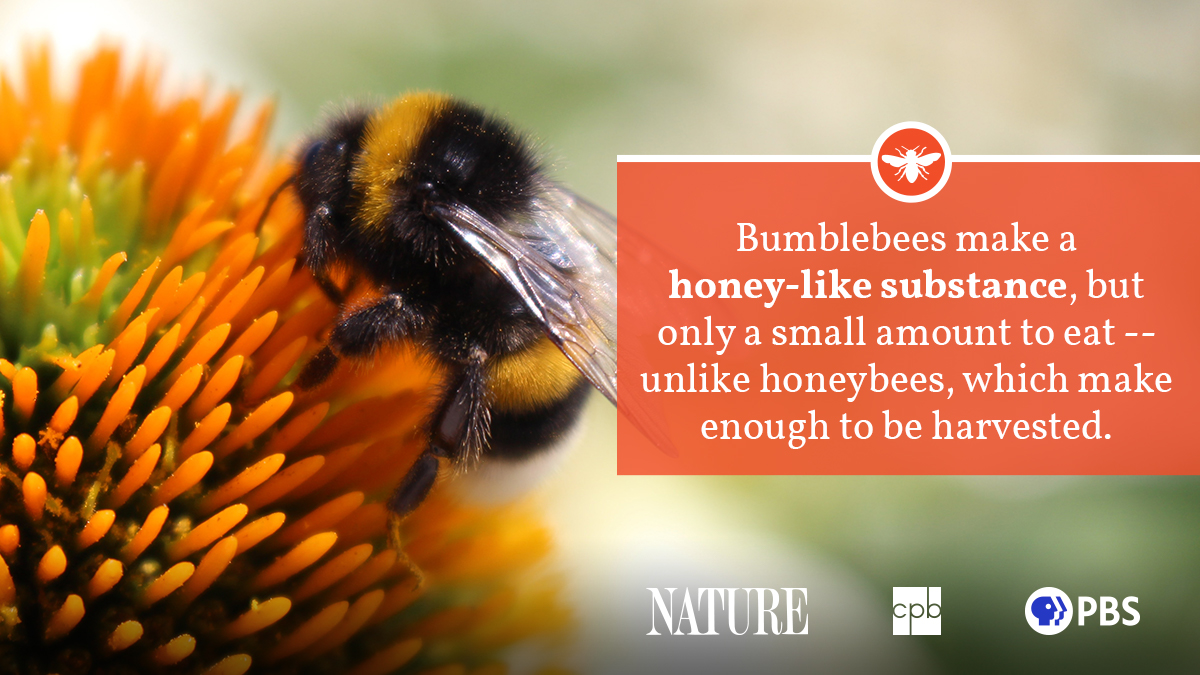