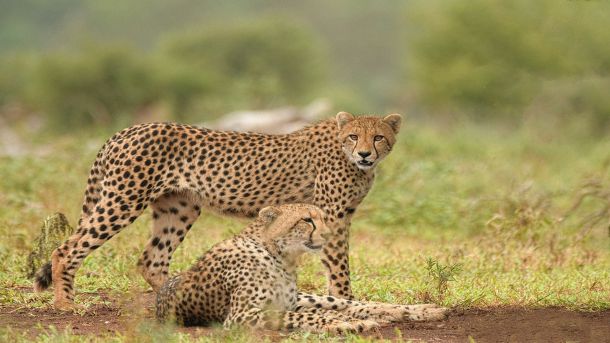 Cheetahs are the world’s fastest land mammal. They can reach speeds up to 65 miles per hour and accelerate from 0 to 70 mph in just 3 seconds.

Cheetahs typically weigh between 84 to 143 pounds, with males slightly larger than females. Their length can range from 45 to 55 inches, with their tail up to 33 inches. 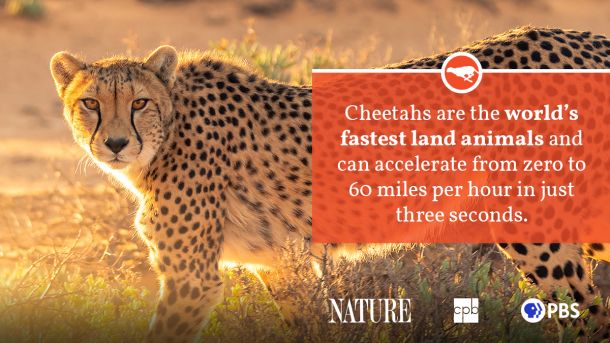 The cheetah is known for its golden-yellow, black-spotted fur. Cheetahs are slim and have muscular, long legs — in relation to their body size when compared to other cats. They have a small, rounded head that is set on a long neck, a flexible spine and a deep chest. Cheetahs have large nostrils for increased oxygen intake and high-set eyes with a 210-degree field of view. They have distinctive black “tear marks” running from the inside corner of each eye to the mouth that may serve as an anti-glare mechanism for daytime hunting.

They have other distinct features that help with their speed, such as special pads on their feet for traction. Their long tail acts as a rudder and helps with balance. Unlike other cats, they cannot retract their claws, an adaptation to help maintain traction like a soccer player’s cleats. 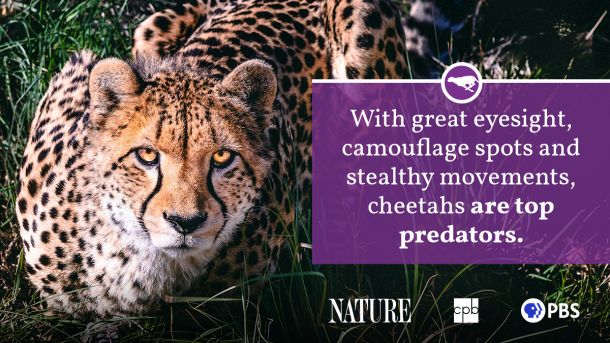 Cheetahs are carnivores that hunt during the day, typically when it’s cooler at dawn or dusk. Their diet consists of the meat of antelope, ground-dwelling birds, rabbits, porcupines, and ostriches. It takes a lot of energy for a cheetah to chase down their prey, so there is typically a recovery period following a chase. Cheetahs must eat quickly to avoid their meal being stolen by other carnivores like lions, vultures or hyenas. 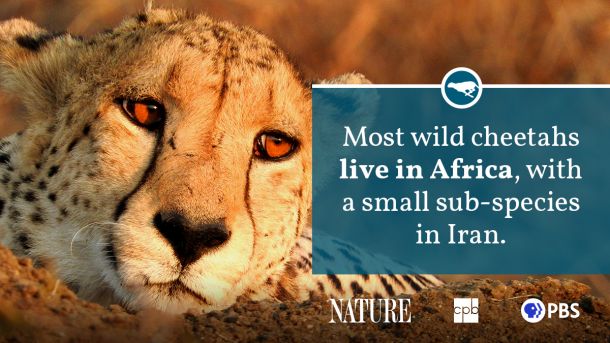 Cheetahs can live in a variety of habitats but prefer to live in grasslands and open plains.

Cheetahs are found primarily in the eastern and southern ranges of Africa south of the Sahara Desert. Small populations of cheetahs can be found in North Africa and Iran. 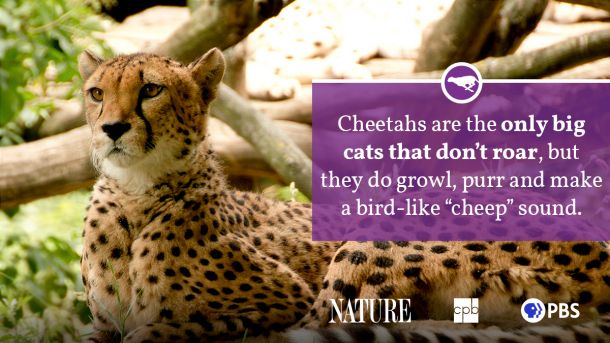 During the mating season, cheetah males make a unique sound called a “stutter-bark.” It is a very rhythmic and repetitive call that sounds like a cross between a purr and a rumbling stomach. The stutter-bark seems to play a role in getting an available female “in the mood” for breeding.

Female cheetahs hit sexual maturity around 20 to 24 months. After a three month gestation period, a female cheetah usually gives birth to three to five cubs at time. Cubs are born with all their spots and have a stripe of long, silver fur called a mantle, which runs down their back. This extra fur may help to protect the cub from weather or camouflage it in the tall grass.

When the cubs reach about six months of age, the mother teaches them how to hunt and avoid predators. Cubs live with their mothers for about 18 months. The mother moves the cubs frequently for protection from predators. Cheetah cubs have a high mortality rate, and researchers found that lions and hyenas kill up to 70 percent of cheetah cubs. After their mother leaves, littermates stay together for about six to eight more months. The females then head off to live on their own, while the males stay together in small groups called coalitions until they are mature. 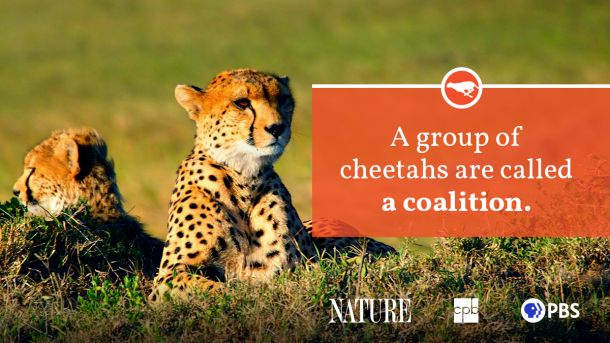 With the exception of some mother-daughter pairs, female cheetahs are generally solitary and hunt alone. Females raise their cubs on their own. After 18 months, the mother departs, and the cubs form a sibling group that stays together another 6 months. The female cubs then leave, and the males remain together for life in a group called a “coalition.”

The median life expectancy for cheetahs in the wild is about 12 years. 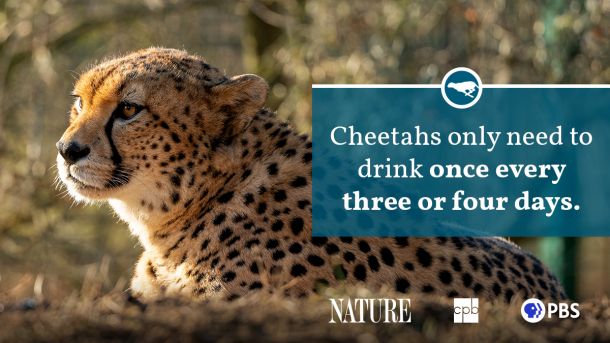 Human-wildlife life conflict is a major threat to cheetahs. As their habitat and available natural prey decreases, cheetahs tend to encounter conflict with farmers. Cheetahs are more likely to attack livestock, resulting in farmers killing them in retaliation.

Habitat loss is another major threat to cheetahs, as human activities expand in the cheetah’s habitat. Cheetahs need large areas of connected habitat for their survival, as there is a low density of the cat across its range. The illegal wildlife trade and the exotic pet trade are other major threats to the species. Cheetahs are often poached for their skin. 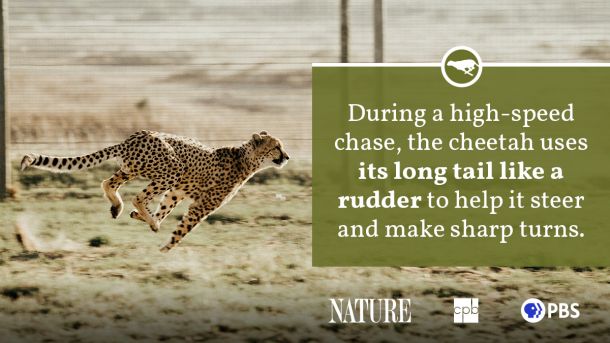 Cheetahs are listed as Vulnerable on the IUCN’s list of endangered species.

Conservation groups are working to protect the species. Wildlife parks in Africa help protect some of the cheetahs as their habitat shrinks. The African Wildlife Foundation (AWF) is helping cheetahs by working with local communities to create sustainable solutions for agricultural and settlement growth and are providing incentives and training on best practices. AWF is also working to minimize human-cheetah conflict by helping farmers protect their livestock from cheetahs and providing consolidation funding for farmers who have lost their livestock to cheetahs.

The Cheetah Conservation Fund (CCF) is another organization working to protect cheetahs. In Namibia, prickly thorn bush has overwhelmed farms and grasslands, injuring the cats’ eyes and causing them to prey on easier-to-catch livestock. To help ease this problem, CCF sent wood chippers to chop up the brush to make it easier for cheetahs to hunt. The resulting chipped thornbush is turned into blocks and sold as fuel.