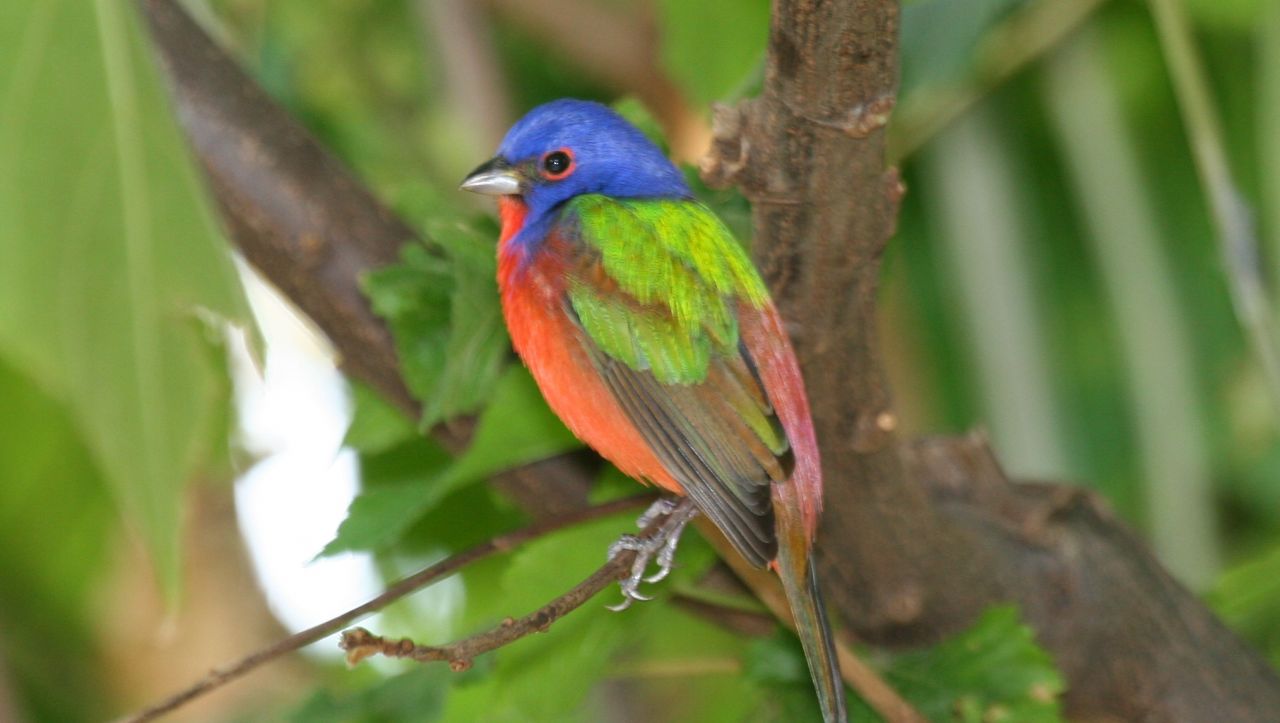 Bird lovers in New York City’s borough of Brooklyn are going nuts over a brightly-colored visitor from the South. A male painted bunting (Passerina ciris), a member of the cardinal family, was spotted in Brooklyn’s Prospect Park several days ago and has been attracting throngs of bird watchers ever since.

According to the New York Times, the painted bunting is rarely found north of Arkansas:

This bunting is not just out of range, he is out of season. His kind breeds in the southern Plains and Ozarks and migrates in September to Florida and Mexico, though they occasionally wander as far north as Canada.

“It’s known for vagrancy, but this is very rare,” said Tom Stephenson, a retired percussionist who has developed a bird-identifying app, Bird Genie, that he calls “the Shazam of birdsong.” Painted buntings have been spotted perhaps seven or eight times in New York City, Mr. Stephenson said.

Similar to other cardinal species, only the male bunting is adorned with vibrant colors. The bright hues help him attract a mate, even though they make him more visible to predators.

While it is unclear why this colorful little bird strayed so far from its home range, an unseasonably warm November in the Northeast may have convinced him to stick around, much to the delight of Brooklyn birders.