This piece comes to us from Dr. Alain Ondzie, who leads the Wildlife Health Program for Wildlife Conservation Society (WCS) Congo. 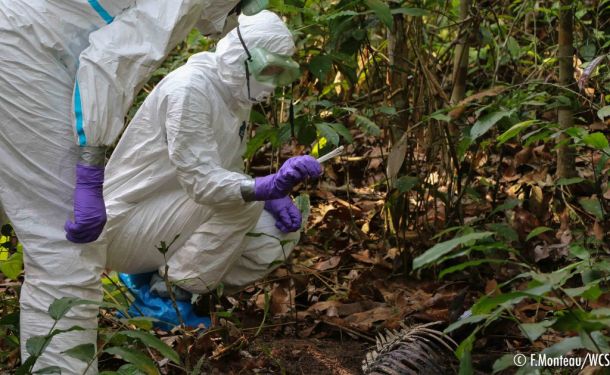 The current COVID-19 outbreak reminds us that zoonotic viruses can lead to the loss of many human lives and can bring populations of already threatened wildlife species to the brink of extinction.

For over 14 years, the Wildlife Health Program (WHP)—implemented by WCS in partnership with the National Laboratory of the Congolese Ministry of Health—has been working to monitor wildlife mortality and minimize the risks of disease transmission to communities. The project, which I am proud to lead, raises awareness in northern Congo and has set up an early warning system for unexplained wildlife deaths that covers more than 30,000 square kilometers. 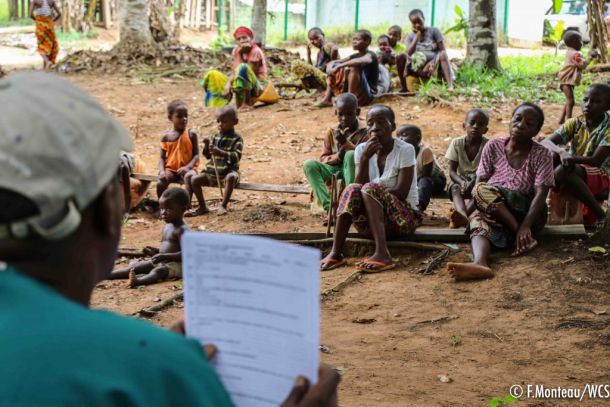 While the precise causes remain uncertain, past outbreaks of Ebola in human populations and the recent COVID-19 outbreak appear to have originated from infected animal sources that came into contact with humans. Ebola virus disease (EVD) remains a main concern in the decline of gorilla and chimpanzee populations in Africa, ahead of hunting and habitat loss.

Zoonotic disease outbreaks involve contact between infected animals and people and, in the Congo Basin, that contact is often associated with infected meat. Traditional hunters and gatherers have been identified as key players in the monitoring and surveillance of zoonotic diseases in large tracts of uninhabited forest because they are the first to locate and report carcasses or suspicious behaviors.

If we really want to track animal mortality in wildlife, we need to involve traditional hunters and gatherers in our disease surveillance system. They are the first people to come into contact with animals found dead in the forest.

Since 2006, my team has been touring the villages of northern Congo to raise awareness of what to do when villagers encounter a wild animal carcass in the forest. In the last 10 years, hunters from more than 260 villages in the departments of Sangha, Cuvette, Cuvette Ouest and Likouala have been engaged in this program. 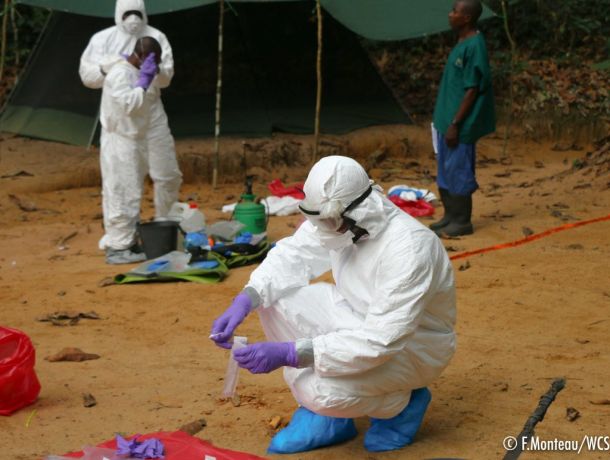 Over 6,660 hunters and thousands more women and children are now aware of the risks associated with coming into contact with dead animals where the cause of death is unknown. Many participants actively report carcasses they discover. The network covers more than 30,000 km2 of remote forest—home to more than 60 percent of the world’s gorillas.

These remote areas are far from public health services and our team is often the only source of public health information on Ebola to these forest communities.

Thanks to this network, 58 carcasses have already been reported, analyzed, and tested negative for the Ebola virus at the national laboratory. Central Africa remains a high-risk region, but the Republic of the Congo, home to the largest population of gorillas, has not experienced an Ebola epidemic since 2005, while risky contacts with wildlife carcasses are being avoided and reduced.

The WCS Congo Wildlife Health Program is training teams based at different sites in northern Congo to ensure rapid and safe sampling. Training is essential for taking high-quality samples that can be readily analyzed, and more importantly to ensure the health and safety of sample collectors. Training takes two to three days, during which trainees dress in full Tyvex biosafety suits and practice the strict protocols under different scenarios.

Sample analysis is also an essential step to effective zoonoses monitoring. To this end, the health program collaborates with the U.S. National Institutes of Health, and the Brazzaville National Public Health Laboratory to ensure timely sample analyses. In the early days, analysis could take several weeks and needed to be done in a different country. This has now been reduced to two days and is done in-country thanks to the efforts of the various partners.

However, two days of analysis does not include the time taken to transport the samples from northern Congo to Brazzaville. WCS is currently developing a portable diagnostic tool that allows real-time testing directly at the site where the carcass is found. Once fully operational, the system will reduce testing time from two days to one hour. 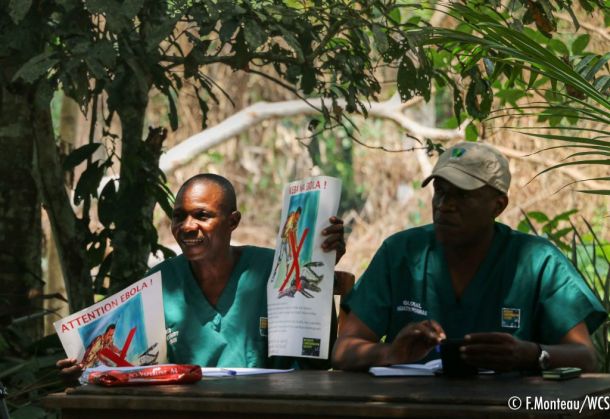 The current coronavirus outbreak is a stark reminder of the need for early warning systems for emerging diseases and zoonoses. These remote forests and the communities that depend upon them are some of the most vulnerable to a future zoonotic disease epidemic: at the frontline of the human -wildlife-ecosystem interface and yet with some of the poorest access to public health infrastructure.

The WCS Health Program and its partners are committed to supporting the early warning system it has put in place in these remote areas, to detect as yet unknown zoonotic viruses and protect vulnerable communities and biodiversity.