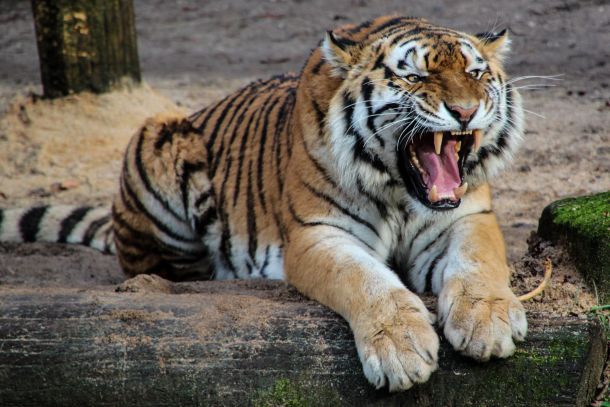 Tiger (Panthera tigris): The tiger is the largest of all the Asian big cats and is a member of the genus Panthera. 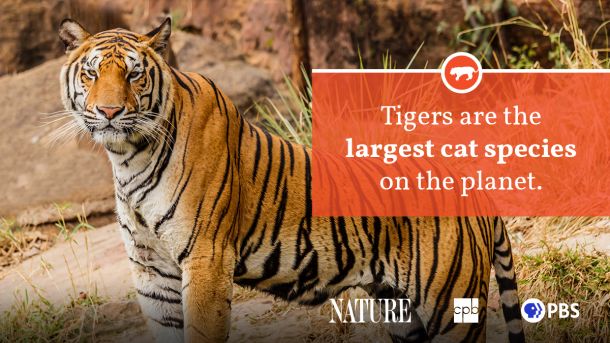 Tigers are the largest of all the Asian big cats. Tigers range from six to ten feet long, and they can weigh anywhere from 220 to 660 pounds. 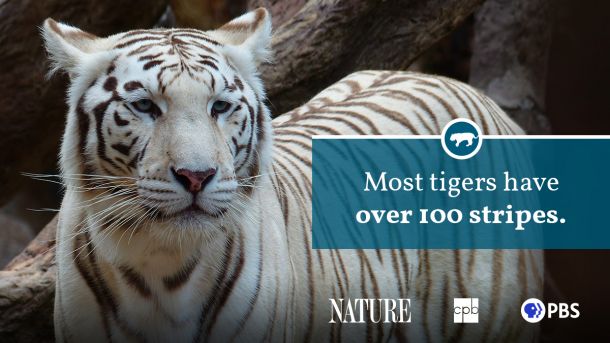 Tigers are known for their dark vertical stripes on orange-brown fur with a lighter underside. Their coloring and marking depend on the subspecies and the tiger’s location. While many of the large continental tigers have pale orange fur with few stripes, the smaller Sunda tigers have dark, thickly striped fur.

Tigers can also be black with tan stripes, all white (albino), or white and tan. In some zoos, there may be “white tigers.” These tigers are not albino but rather the white-and-tan color variation with blue eyes. True albinos are very rare and have pink eyes, according to the San Diego Zoo.

Each tiger’s markings are unique. Their stripes are as individual as fingerprints are for humans. Most tigers have over 100 stripes. In the wild, a tiger’s stripes are important for survival. They act as camouflage, appearing as moving shadows in long grass and in trees. This helps with hunting prey. 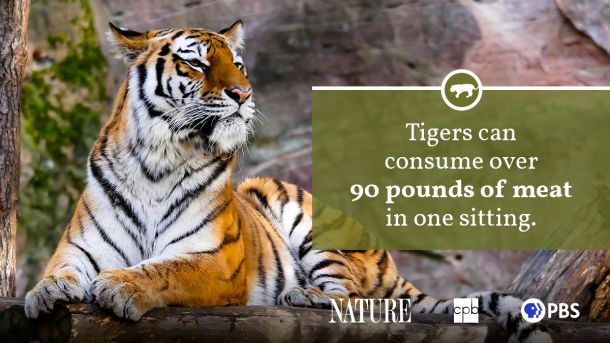 The tiger is an apex predator, primarily hunting ungulates (hoofed mammals) like deer and wild boar. They rely primarily on sight and sound rather than smell for hunting. They typically hunt alone and stalk prey. A tiger can consume more than 90 pounds of meat at one time.

Tigers can be found in various habitats, such as tropical rainforests, evergreen forests, temperate forests, mangrove swamps, grasslands and savannas. 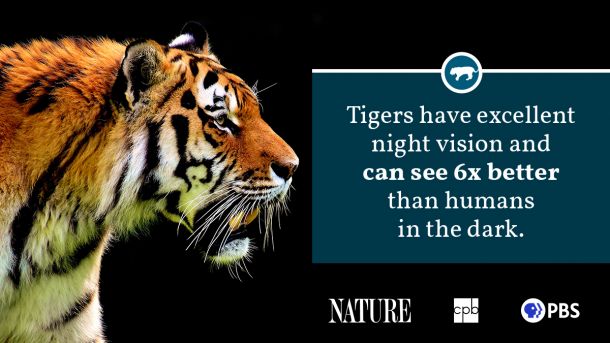 There may be as few as 3,890 tigers in the wild, according to the World Wildlife Fund. Most of which can be found in isolated pockets spread across increasingly fragmented forests. Their habitat stretches from India to southeastern China and from the Russian Far East to Sumatra, Indonesia.

Tigers are mostly solitary creatures, aside from the association between a mother and her offspring. On average, female tigers give birth to two to four cubs every two years. Juvenile mortality is high in tigers, and more than half of cubs do not survive more than two years. If all the cubs in one litter die, a female may give birth to a second litter within five months.

Individual tigers have a large territory, which they mark with urine, feces, rakes, scrapes and vocalizing. The size is mostly determined by the availability of prey. 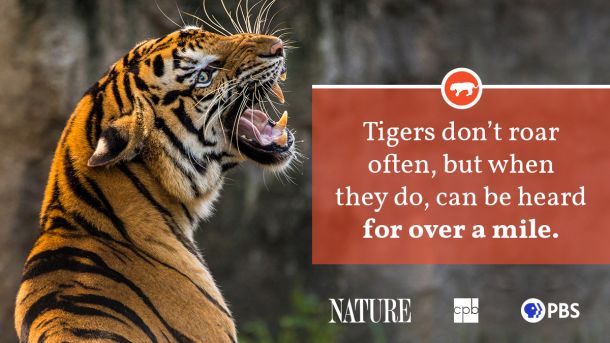 Tigers have been known to reach up to 20 years of age in the wild. On average, tigers live 10 to 15 years in the wild.

Poaching, habitat loss, human-tiger conflict, climate change and captive tigers are among the biggest threats to tigers. According to WWF, Poaching is the most immediate threat to wild tigers. Every part of the tiger, from whisker to tail, has been found in illegal wildlife markets.

Habitat loss is another major threat to wild tigers, as they have lost an estimated 95% of their historical range. Human activities have destroyed, degraded, and fragmented their habitat. Due to their territorial behavior and large home ranges, tigers need wide swaths of habitat for their survival.

As humans spread into their habitat, there has been an increase in conflicts between people and tigers as they compete for space. As forests shrink and prey becomes scarce, tigers are forced to leave protected areas in search of food. Thus, tigers are more likely to come into conflict with humans. A tiger may hunt domestic livestock, resulting in the captivation or death of the tiger.

Climate change is another threat to wild tigers. For example, a unique tiger population found in the Sundarbans, a large mangrove forest area shared by India and Bangladesh on the coast of the Indian Ocean, are threatened by rising sea levels. Rising sea levels associated with climate change threaten to flood these forests, potentially wiping out the last remaining habitat of this unique tiger population.

Tiger “farms” and captive tigers are another major threat to the species. According to WWF, there are between 7,000 and 8,000 tigers being held in centers across East and Southeast Asia, most of which in China. These tiger “farms” have significant negative impacts on the species, as they perpetuate the demand for tiger products, serve as a cover for illegal trade and undermine enforcement efforts. It is estimated that approximately 5,000 tigers reside in the United States. 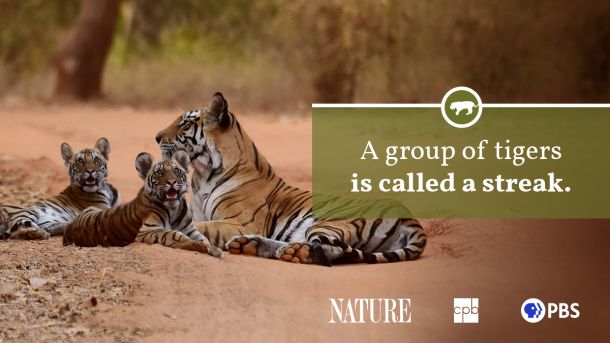 Tigers are classified as endangered. There are an estimated 3,900 tigers in the wild. After a century of decline, tiger numbers are starting to tick upward.

According to WWF, tiger populations are stable or increasing in India, Nepal, Bhutan, Russia and China. However, in other areas, including much of Southeast Asia, tigers are still in crisis and declining in number. 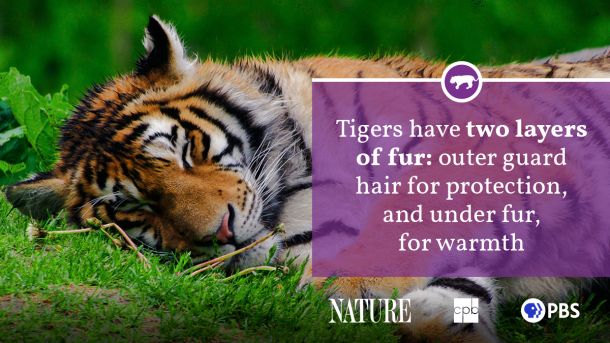 Wild tigers have proved that they can recover, as proven in multiple areas. In 2020, the 13 tiger range countries committed to TX2, a conservation goal that aims to double wild tiger numbers by 2022, the next Year of the Tiger.

Various organizations, including WWF and the San Diego Zoo, are contributing to conservation efforts. WWF is working to preserve and connect tiger habitat. It also works to enforce zero tolerance for tiger poaching across Asia and is also working to eliminate the tiger trade.

Meanwhile, the San Diego Zoo has teamed up with Way Kambas National Park in Sumatra, Indonesia, a major habitat for Sumatran tigers. They are funding studies to determine the number and distribution of these critically endangered big cats. Zoos also help tigers through breeding programs and through educating the public about big cats.

Protect tigers: There are around 5,000 captive tigers here in the US. Ask your Member of Congress to cosponsor the Big Cat Public Safety Act (H.R. 1380/S. 2561), which would help ensure that the US does its part in the fight against illegal tiger trade.