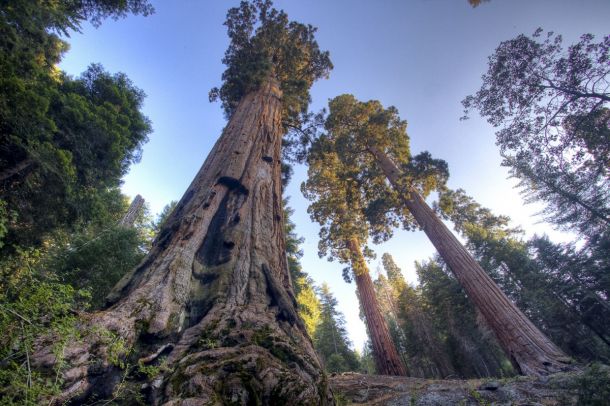 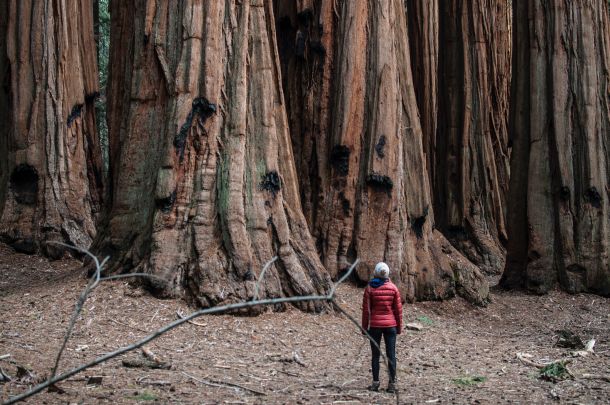 The Giant Sequoia is the largest of all trees in bulk and the most massive living things by volume. On average, their height is between 164 and 279 feet tall with a diameter between 20 to 26 feet.

According to Encyclopedia Britannica, the largest giant sequoia is the General German tree in Sequoia National Park, which is located in Tulare County, California. The General Sherman is about 101.5 feet in circumference at the base and is 272.4 feet tall, which is almost the height of an 11-story building. It estimated to 6,167 tons. While there are other specimens that are taller than 345 feet high, but these trees have less bulk than the General Sherman tree.

The General Sherman is currently the largest living tree, but it is not the largest historically recorded tree. The Crannell Creek Giant, a coast redwood (Sequoia sempervirens) near Trinidad, California, is estimated to have been 15 to 25% larger than the General Sherman tree by volume. However, that tree was cut down in the mid-1940s.

Coast redwoods are the tallest living trees and are distinct from the Giant Sequoia. The Giant Sequoia is the only species of the genus Sequoiadendron.

Another defining chrematistics of these enormous trees is their lifespan. The Giant Sequoias are amongst the oldest organisms on Earth. At a point, they were reputed as the oldest living things. However, the largest stumps were examined in tree-ring studies and were found to be less than 4,000 years old.

In comparison, clonal king’s holly plant (Lomatia tasmanica) in Tasmania was found to be more than 43,000 years old

Aside from its colossal build, the tree has a generally pyramidal shape with reddish-brown fibrous bark, which is typically fire-resistant. It has uniformly scale-like or awl-shaped leaves that lie close against the branches and scaleless winter buds.

These trees are found in scattered groves on the western slopes of the Sierra Nevada of California at elevations between 3,000 and 8,500 feet. They generally occur on the south-facing sides of northern mountains, and on the northern faces of more southerly slopes.

While a number of giant sequoias groves were cut down in the past, this practice happens less now. Giant Sequoia lumber tends to be more brittle than that of the redwood, so it is less likely to be cut down. The lower quality of the wood has been instrumental in saving the giant sequoias from destruction.

American Conservationist John Muir has also been instrumental in the protection of these trees. His advocacy efforts led to the protection of almost all of the 70 distinct groves of state or national forests or parks, including Kings Canyon National Park and Sequoia National Forest.